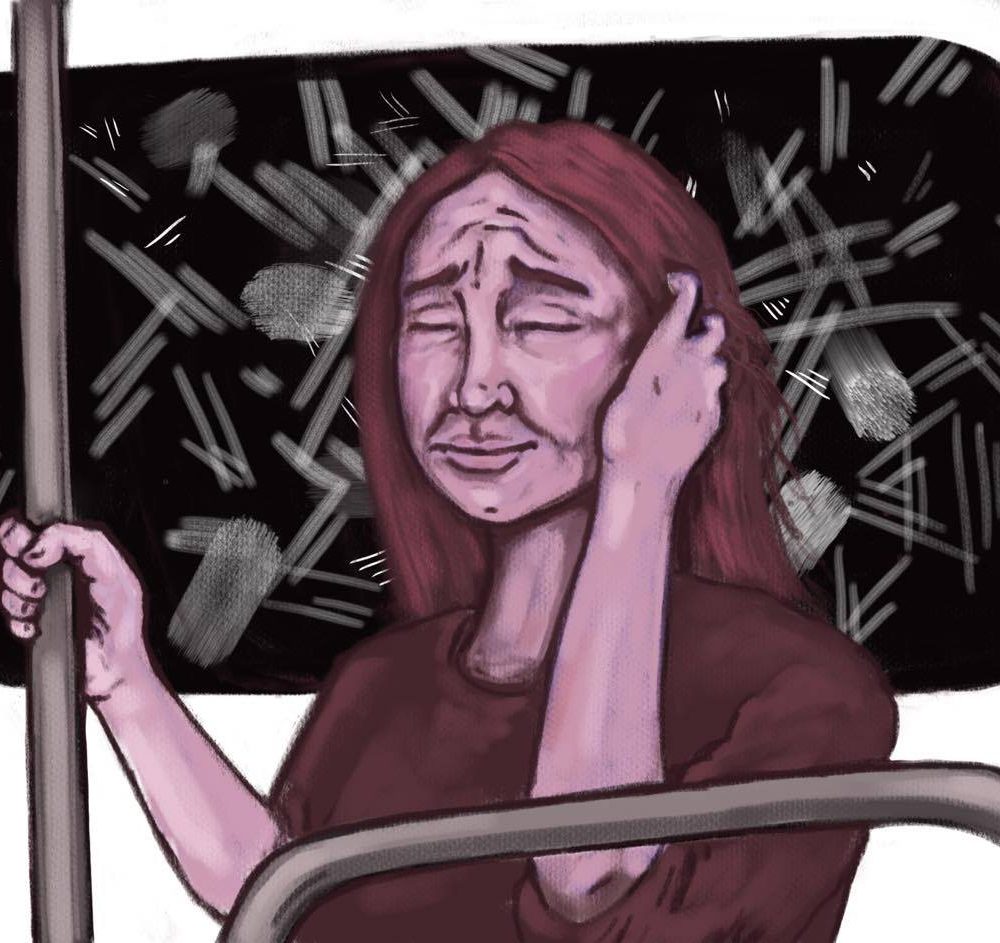 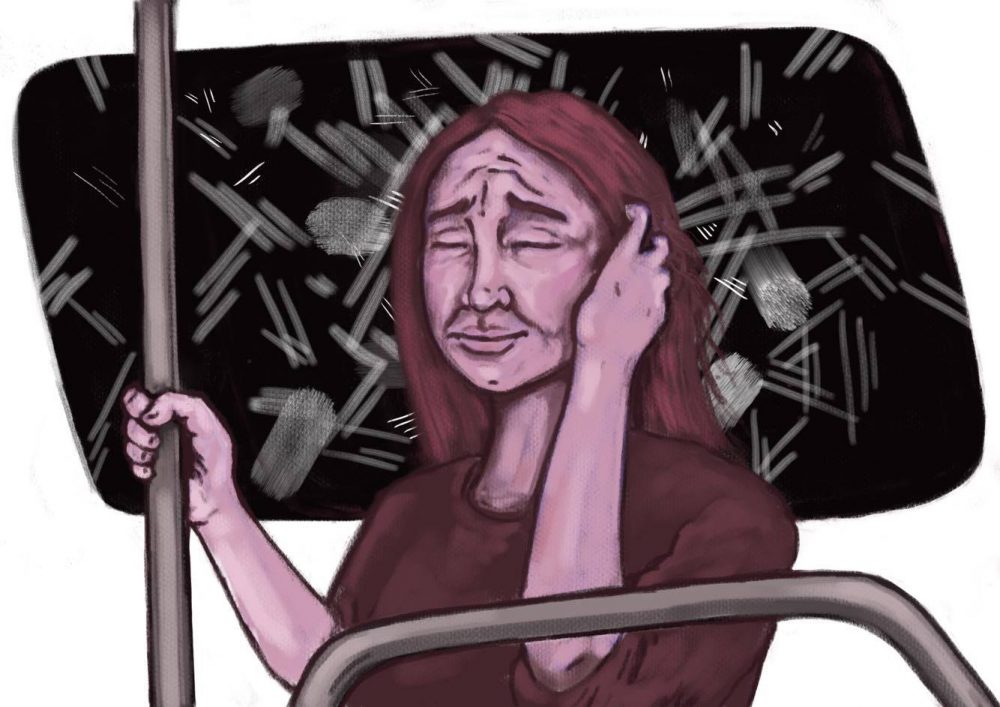 I wrapped my hand tight around the bus stop pole, trying to squeeze the pinpricks under my skin out of my body. Everyone around me was talking and staring while I was stimming, every subtle sound grating harder against my eardrums. Pointing and staring, voices grew louder until I was slamming my hand into the metal and the pairs of eyes around me flicked in and out of my direction.

A kid waiting with us grabbed his mother’s sleeve and asked with a mucus filled whine, “Mommy, why is that lady acting so weird?”

Leaning my forehead against the metal, I pinched my face tighter, the words I’d been told to repeat coming from my boyfriend Stone’s mouth so that I wouldn’t have to think them. Count to ten. Deep breaths. It’s just noise. It’ll go away.

His hand hovered above my back, the unfelt sensation still coursing over my skin. He repeated those words out loud and resisted the urge to touch me as I imagined that noise being crushed under the tires of passing cars.

He may have said other things. I didn’t hear them. The sun rolling across the sky became my new focus. Colors, lights, soundless stimulation that should have drove me crazy was instead my reprieve.

Even at the zenith of my overload, the sky gave me a focal point. I could lose myself so I wouldn’t have to find the messes I’d left behind.

I let go of the pole as we got into line. My body started to shake, so I took his hand. The surprised pulsed as his palm closed around mine. It wasn’t very often that I touched him. But his body and the obnoxious child and now the bus blocked my view. He was there. He was warm, tall, secure. Anything to keep my body from floating away.

He let go of me long enough to swipe his pass and stepped aside, allowing me to do the same. The beep of the card reader hit my ears hard, and I misjudged the kick of the bus as it went rolling. Stone caught me just before I fell. I still banged my knee on the hand rail.

“Careful there,” he said, loading me into one of the disabled seats. “You okay?”

I nodded as the purple of the bruise bled through my jeans. It wasn’t visible, but it was still causing me pain.

“I’m fine,” I mustered through shaky breaths. In the seats we chose, my back was to the sky and without that, there was no point in looking.

I heard his words again. “Keep your eyes open. Think about something else.”

My mind fell out of my body through the breath I let out as my consciousness traveled through the bus. The man next to us in a boy scout uniform was smoking a vapor cigarette. Another woman with hair twisted into her head was having a heated argument with herself. The mother of the boy at the stop was now smacking him for his misbehavior, having drawn the line at him running down the aisle.

The mother let out a shrill “Hey!”

My fist slammed into the window.

Stone pulled me away. It wasn’t my fist. It was my head.

His apologetic voice filled the stares following the silence, “I’m so sorry. She has Asperger’s.”

My hand reached the cord before his and I was off before we came to a full and complete stop. His footsteps came behind me. Before I could stop him, he grabbed my shoulders.

“Why did you have to tell them that?” My voice was soft and low. I wish I had the strength to be louder.

His chest felt empty against me. “What else was a I supposed to do?”

When I turned around, wily eyes stared into mine. I wanted to shout, “I’m not acting scary! The rest of you are!”

Stone was speaking again. His arms were around me. I heard myself say, “Don’t touch me.”

The sky got dark over his shoulder. I squeezed my eyes shut.

Deep breaths. It’ll all go away.

Anna Keeler is a poet and fiction writer living in the greater Orlando area. Her work has been published or is upcoming with Poets.org, Deep South Magazine, Cleaver Magazine, After the Pause, The Indian Review, Pegasus Magazine, and more.

Amanda Farrell was born and raised in coastal Florida. She graduated with a b.f.a. In printmaking and drawing from the university of central florida in 2007. Her work mainly reflects her interest in the human form and Lepidoptera, creating portraits of people and winged things in various mediums.