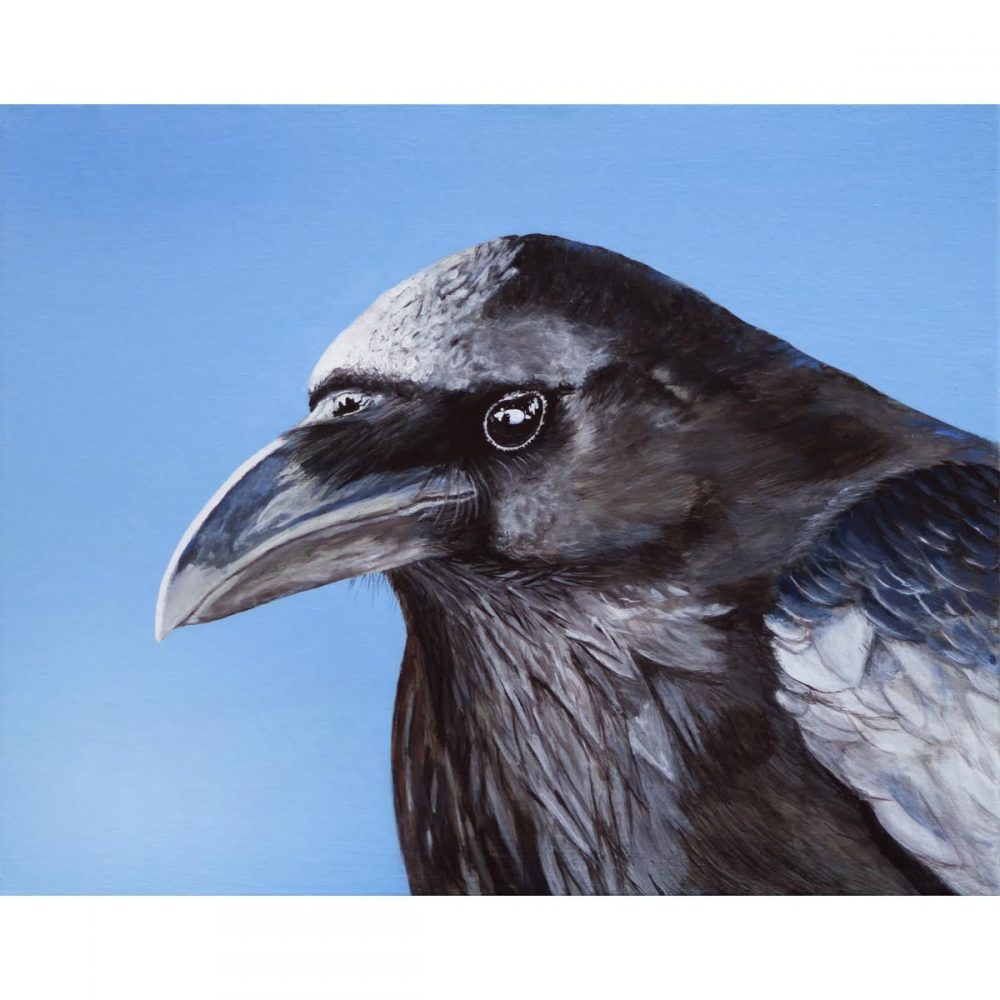 There is a woman walking slowly across the yard, a feed bucket in each hand. She’s wearing polka dot slippers and a faded housecoat, the quilted kind. Her gait suggests age. She’s not old, though her hair is unwashed and unkempt, her face slack and lined. The chickens come running. “Hi, chickens,” she mumbles in an unused voice as she shambles through the chores. She feeds the horse, the steer, the dog, the cats. All of it head down, moving slow, determined. She enters the house. A man is seated at the kitchen table. He’s a young man, but a used-up man.

“You’re up,” he says in a voice that says surprise is always suspicious.

“I’m this side of the living,” the woman says, her voice creaky. “And how are we, the living?”

She nods. It’s what she expected.

He opens a can, turns on the gas flame.

He turns the can so she can see what it says: corn beef hash. She nods. He gives it to her with two eggs. It’s too much after so long, but she does her best. He eats what she can’t, leaving very little on the plate for the patient dog.

“I thought I heard a truck.”

“You did. Got her started. Don’t run good. Gas is breaking down. Gasoline has a shelf life, lots of people don’t know that.”

“I think I read that somewhere.”

“It’s true. Unlike some things we read.”

They sit for a while in silence. There is no urgency.

“What do you suppose it’s like down there?” she says, meaning the towns in the valley, the cities.

Neither of them move as they talk, they don’t look at each other or gesture. They are like wooden puppets on the set of a play.

“No planes, nothing flying?”

“You’ve had a time running this place with no help.”

“It’s only them folks in cabin six, everybody else is quiet,” he says. They both laugh. It’s not funny, but they need the laugh.

“I guess I ought to get dressed,” she says. She sits at the table a while longer.

“Oh, almost forgot, there’s still some coffee. If you want some.”

“Almost forgot?” she turns to look at him, smiles. “Sure you weren’t keeping it to yourself?”

“Well I haven’t been saving it, if you want to know,” he says, and something
slides off them, some stiffness.

“I think maybe I broke that habit,” she says, and totters down the hall. “How long was I sick?” she asks, not turning her head.

She re-emerges in jeans, a t-shirt advertising a local festival, a flannel. She’s brushed her hair, put in a ponytail.

“I think I lost weight,” she says, but the kitchen is empty.

The man is outside, coughing blood onto the ground.

She’s come quietly onto the porch.

“How long that been going on?” she asks in a voice so quiet he might choose not to hear.

She looks past him into the yard where they’ve dug graves. There’s one that’s freshly dug, covered with a tarp. She guesses it was for her.

She doesn’t say to the coughing man, “Maybe you’ll come through it.”

There are crows in the trees. They always know.