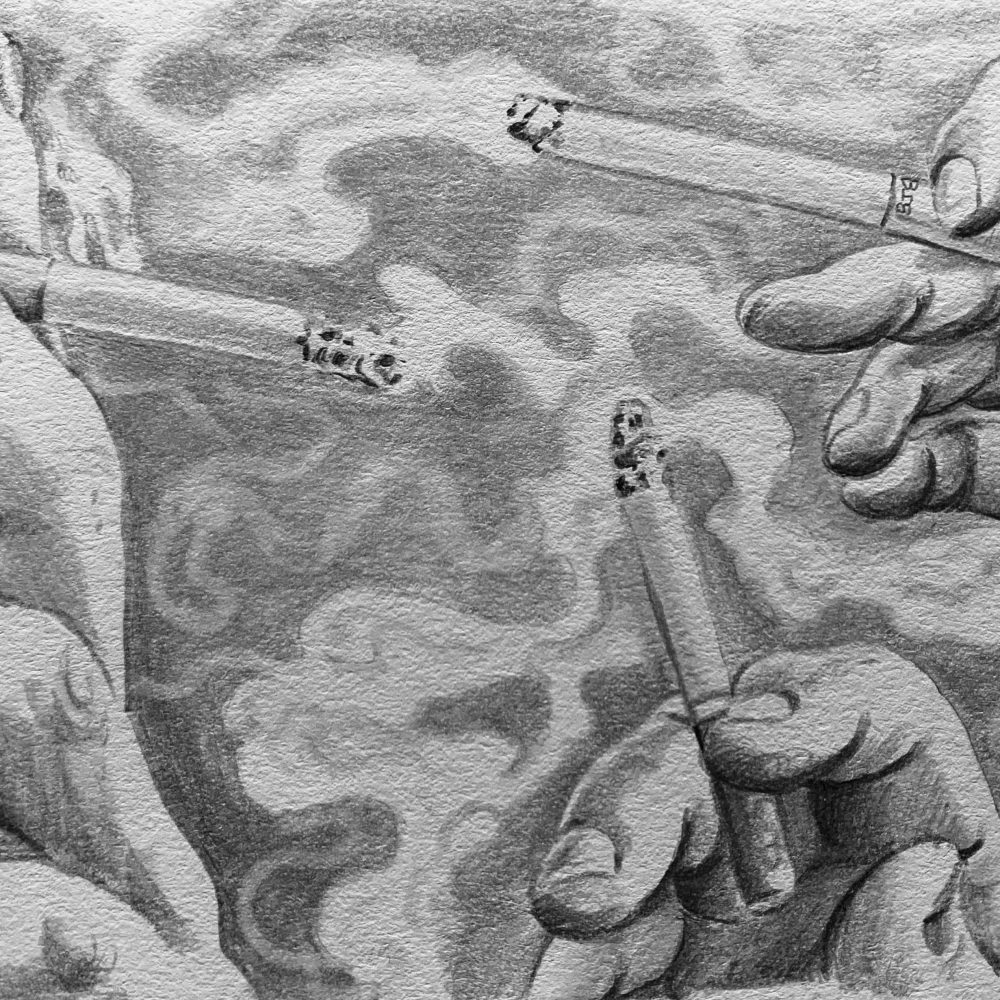 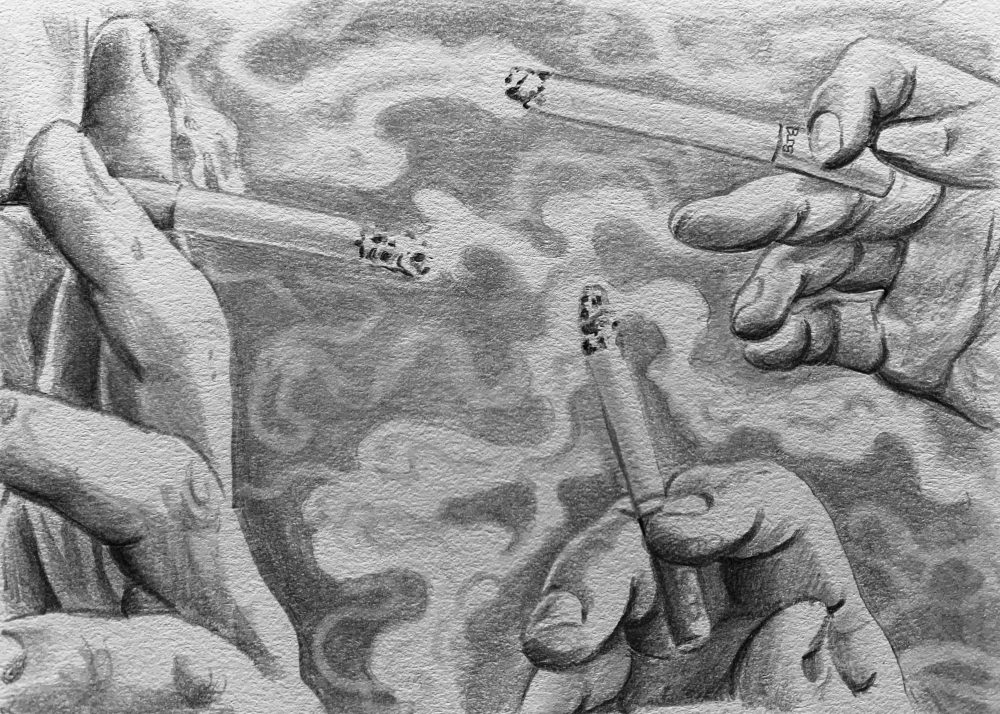 It’s 1954 or 55, and we’re living in a small midwestern town, maybe it’s Tauton or South Linville, I can’t be certain. These flashes of memory are like clouds skittering across the sun. I can’t look straight at them without squinting.

Yet I see my six-year-old self, locked inside a dusty old Plymouth sold to my father by his father for more than it’s worth. The windows are cracked open at the top, but the heat beats in. Outside, beyond the uneven sidewalk, a chair props open a glass door and in the dark interior, my mother, a shadowed ghost, lifts clothes from her wicker basket and drops them into a washing machine. She said it would only take a minute for her to load the washer and then we’d go to the park, but now she’s talking to a lady in the doorway of the laundromat. They’re taking turns twisting away to blow smoke streams from their cigarettes. Like dragons.

I press my nose against the window hoping she’ll see me and let me come out, but they drop butts onto the sidewalk and crush them with their sandals. My mother looks up and waves before she slips back into the gloom. I drag my hand across my forehead, lick the salty sweat.

We’re in this town because my father is in college finishing up what the war interrupted. He worked for a while in a hardware store in Burrville, but it wasn’t for him. He’d been a pilot too long to settle for asking, “May I help you with the galvanized pails, sir?” or “Would you like me to ring up that mop for you, ma’am?”

The hot September night smothers us like a pile of blankets while a quarter moon drips fireflies for us to catch in jelly jars. Our hands are sticky from afternoon ice cream cones. Cousin Tommy sucks on his shirt buttons where blotches of chocolate have dripped and when I tease him, he chases me until we both laugh so hard, we flop on the grass to stare at scattered stars. I remember that earthy coolness beneath my halter top, the tickle of blades on my naked legs, Tommy saying “Well” every few seconds.

The fathers are smoking Camels on the porch, their only job is to hustle us kids inside when dinner’s ready. Maybe they’re talking baseball. Maybe they’re talking Jackie Robinson. Everyone is talking about Jackie, it seems. My dad is the one standing, an anxious man, his pack of cigs hanging low in the pocket of his rayon shirt. Everyone calls him “Bud” even though he’s named Ulysses after his father, who, Aunt Beatty once whispered to my mother, had a fondness for alcohol and fists.

Music and laughter spill out of the open duplex windows. I glance over and see the mothers moving around the dining room table which has stretched into the living room by the addition of a rickety card table. They’re getting ready to put out pork chops, cheesy potatoes, corn on the cob, peas in a bowl, fresh baked bread, red Jell-O with canned pears, and Mama’s special ice box pie. That’s what Tommy told me. He’s a wizard when it comes to remembering what’s for breakfast, lunch, or dinner.

My mother is Lorraine, “Sweet Lorraine” my father calls her when he’s in a good mood. I choose not to remember the names he calls her when he’s had too many Pabst Blue Ribbons. Bud grew up harsh in Midwest winters while she splashed in the Pacific on New Year’s Day. They met in a bar on her 21st birthday in San Diego. She was a cocktail waitress and a painter. Not the house kind, but the canvas kind. She doesn’t paint anymore because she’s busy being a wife and a mother, living in a cramped space with “bad light for an artist.” I heard her tell this to Aunt Beatty, and when I said I didn’t have any trouble drawing pictures at the dining room table, my mother got snappy about it.

The grown-ups take up most of the dinner table, puffing away on their Camels and Lucky Strikes, sipping beers, talking louder and louder.  The two rotating fans Bud bought before he quit the hardware store shove around hot air, not cooling off anyone.

Funny about memories. How they come in sudden flashes, like when someone sneaks up on you and goes “boo,” how your heart gives a sudden jerk. You turn to see who it is or what it is and often it means nothing, but sometimes it gleams with the kind of truth you’ve chosen to slip into an envelope and stuff inside a book, and then shove that book on a high shelf to be forgotten.

But memories are persistent things, the good ones, and the bad ones too. They are come on scented air, a hint of smoke, the tang of sweet night grass wafting against your cheek, catching you unawares. We left him first, then went back. He left us and didn’t.

Gay Degani has received nominations and honors for her work including Pushcart consideration, Best of the Net, and Best Small Fictions. Her work has appeared online, in print journals and in anthologies. She has published a chapbook, Pomegranate, a full-length collection, Rattle of Want, (Pure Slush Press, 2015) and a suspense novel, What Came Before (Truth Serum Press, 2016). She occasionally blogs at Words in Place.