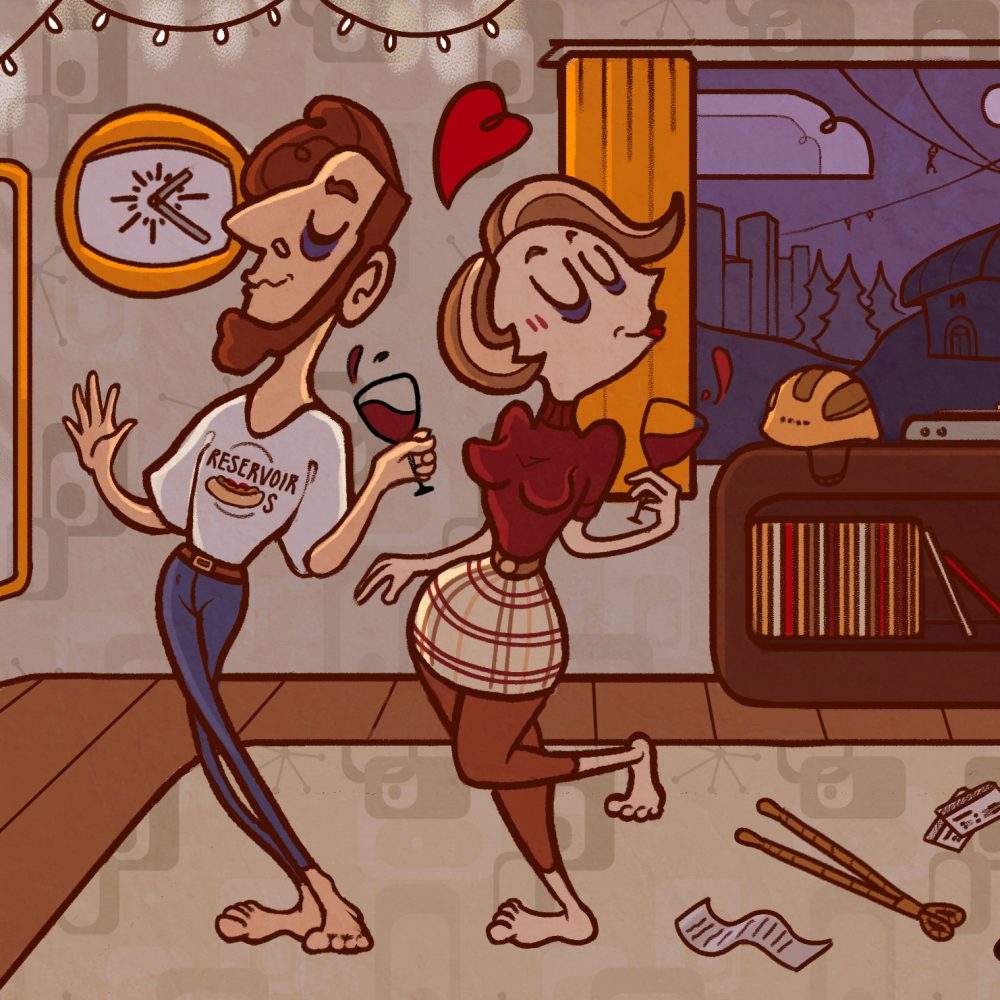 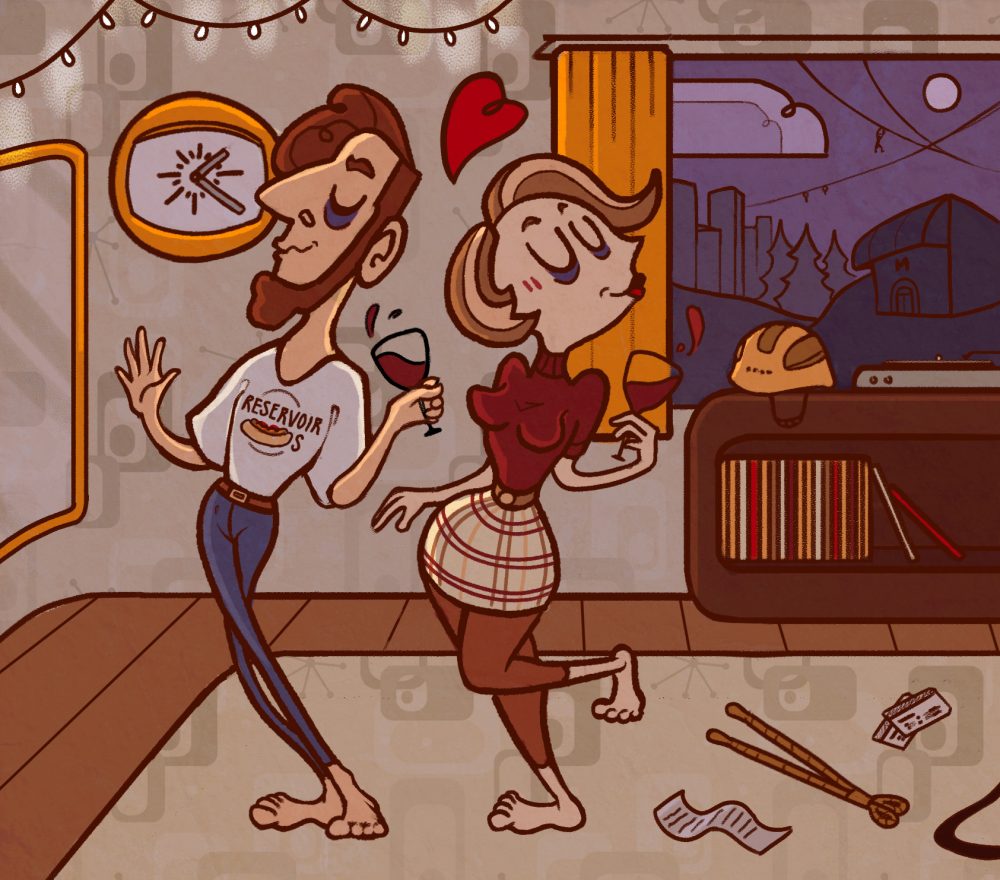 Cinnamon and Bill meet on Sleepee, a dating app for insomniacs to connect and commiserate. Cinnamon’s profile has the prompt My most exhilarating memory to which she answers Ziplining in Costa Rica! So Bill decides they will zipline to Reservoir Dogs, the local hot dog spot where everything on the menu is named after a film.

Back at Bill’s house, Cinnamon doesn’t ask about the logistics of their ziplining excursion; life is weird enough. It’s spring—they dance barefoot, drunk off of a few sips of red wine; exhausted eyes sunken but starry. As they fall in love, they continue to zipline. To the grocery store, to the movies, to Lake Superior and Acadia National Park and bowling alleys with $5 pig-in-a-blanket baskets.

Months later, they huddle together on Bill’s front porch, welcoming the bite of winter air. Cinnamon takes a sip of the new coffee blend they’re trying. “This day is nice and strong,” she says bringing the mug back under her nose.

Bill doesn’t correct her; life is annoying enough. As they trade the mundane details of their upcoming morning meetings, Bill notices something bizarre above him. “Look,” he nudges Cinnamon. “Tell me I’m dreaming right now?”

Legs. There are dangling legs. First one pair, then a second, then twenty. Cinnamon and Bill sit frigidly and watch the bodies zip through the air like wicked shooting stars, each one a sucker punch. “They figured it out,” Cinnamon mutters, defeated. “The Normals discovered our thing.”

That night in bed, Bill tries to reassure Cinnamon that their fun isn’t over.

How could it be? “I know what this is,” Cinnamon whispers, facing the ceiling, eyes alert. “This is when I’m supposed to say, ‘oh, baby… no matter what, the best part of my year has been you.’”

Bill considers this; it’s exactly what he had been thinking himself. “Well,” he says, “has it been?”

Cinnamon sighs and rolls over. “We should dance.”

In the living room at 4:10 a.m., Bill takes Cinnamon’s hands—“ALEXA!”—and puts them on his shoulders. “Play Summer Wind by Frank SINATRA!” As they sway slightly, side to side, back and forth, Bill looks down at Cinnamon’s bare feet; bruise-y purple from the cold. “Here,” he says, leading her to stand onto his. “Try this.”

As she lays her head on his shoulder, freezing rain and wind whipping about outside, Cinnamon closes her eyes and falls asleep to the sensation of flying.

Kate Faigen works as a copywriter in Los Angeles. You can find her on Twitter: @k8faigen.

Brittany Williams is an illustrator and visual development artist living in Orlando, FL. To see more of her work, follow her on instagram @brittconcepts.