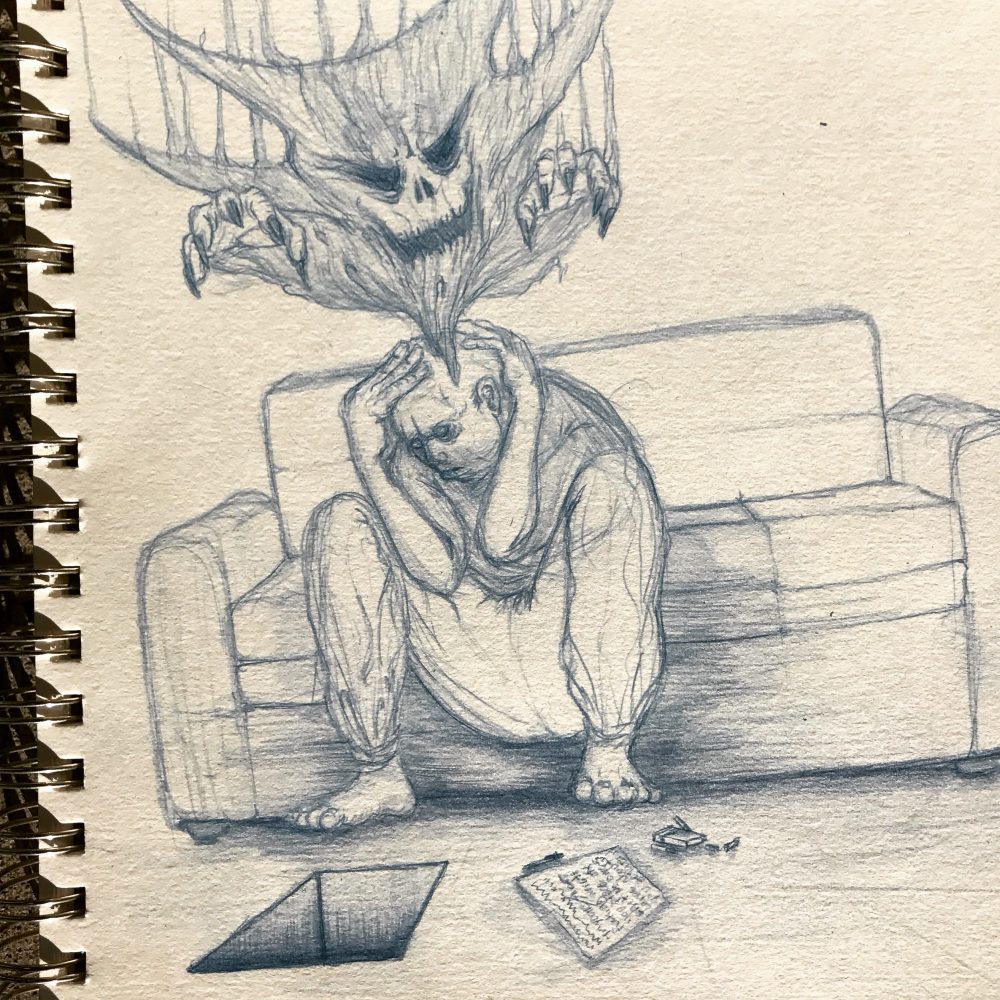 I open my daily diary/appointment book and turn to today. I have an appointment with my diabetes doctor. He jumps off the page after ripping through his date like a BB shot and gets all up in my face. “M&M’s huh. Doritos and Twinkies mmm. Why do you think I’m taking care of you and prescribing medicine and talking diets?” He’s small but mighty and grabs me by my shirt collar and shakes me. “You eat one more piece of sugar and I do more than pop out of the page at you.” He recedes back into his date and the hole closes except for the space he needs to stick his arm through and write: Canceled Appointment. Betrayal. It closes completely.

I’m determined to do things right, so I check my diary/appointment book and see I’m due for an oil change at 9 a.m. It’s ten of nine so I rush down to my dealer and get there behind all the school buses in the county and it’s 9:35. He walks over to my car and gives me the roll your window down sign and he says through clenched teeth, “You’re not 35 minutes late. You’re a week and 35 minutes late. Park your car anywhere and we’ll get to it when we get to it. And no, we have no more loaners.” I drive off and go across the street to a Hurry Lube and pay $69 for what I should have gotten for free.

My handwriting stinks but I can read my 8 am appointment—Therapy. This must be the three month follow up to my end of therapy appointments. I’m thinking about blowing it off but what the hell—how much damage can my ex-shrink do to me in 45 minutes. I show up 10 minutes early and his door is locked and there’s a sign on the doorbell—Out of Order. His Jag is in his space in the lot and for some reason my mother’s Prius is there also. She’s either been invited to my session to hear how well I’ve been doing, or she’s still fighting with my father every day and needs someone to talk to. At ten after I’m getting antsy because I don’t want him yelling at me so I start poking in the windows and I see him and my mother, both bare ass and she’s going down on him on the same couch I’d sit in or lay down on.  Then Mom gets up. She goes over to his desk, leans over. My shrink’s right on her tail, so to speak, and he enters her from behind. Then, for some reason, they both look out the window behind the desk and see me looking in. It seems I made a small mistake—my appointment was with the physical therapist.

It’s my turn to pick the restaurant and make reservations for the four couples that go out once a month and share stories, spread gossip, tell marital lies, and covet each other’s spouses. Each wife from the other three couples called me and reminded me that this month was special since it’s our tenth year doing this. They all wanted Casa Manana which is usually booked months in advance and is really a food truck and a bunch of private pastel tents. I called and got Stosh, the owner and chef on the phone and told him I need a tent for eight Saturday night. He told me I was one lucky bastard because the sky-blue tent just minutes ago called and canceled due to a death. “Well I’m luckier than they are,” I said, and he asked for my name and phone number. “You were a no-show last year,” he barked. “Heat attack,” I said, and he told me I should have sent him a doctor’s note. “Give me your credit card number, address, security code and expiration date,” he demanded. “Stay healthy,” he said, “because if you’re a no show again I’m going to charge all the dinners on your card.” I told him we’ll be there, and he can take that to the bank. “Here’s a little reminder,” he said, and a maddening tone came through my cell phone and gave my body a Saint Vitus dance two-minute shock. We showed but I couldn’t hear the conversations from the ringing in my head.