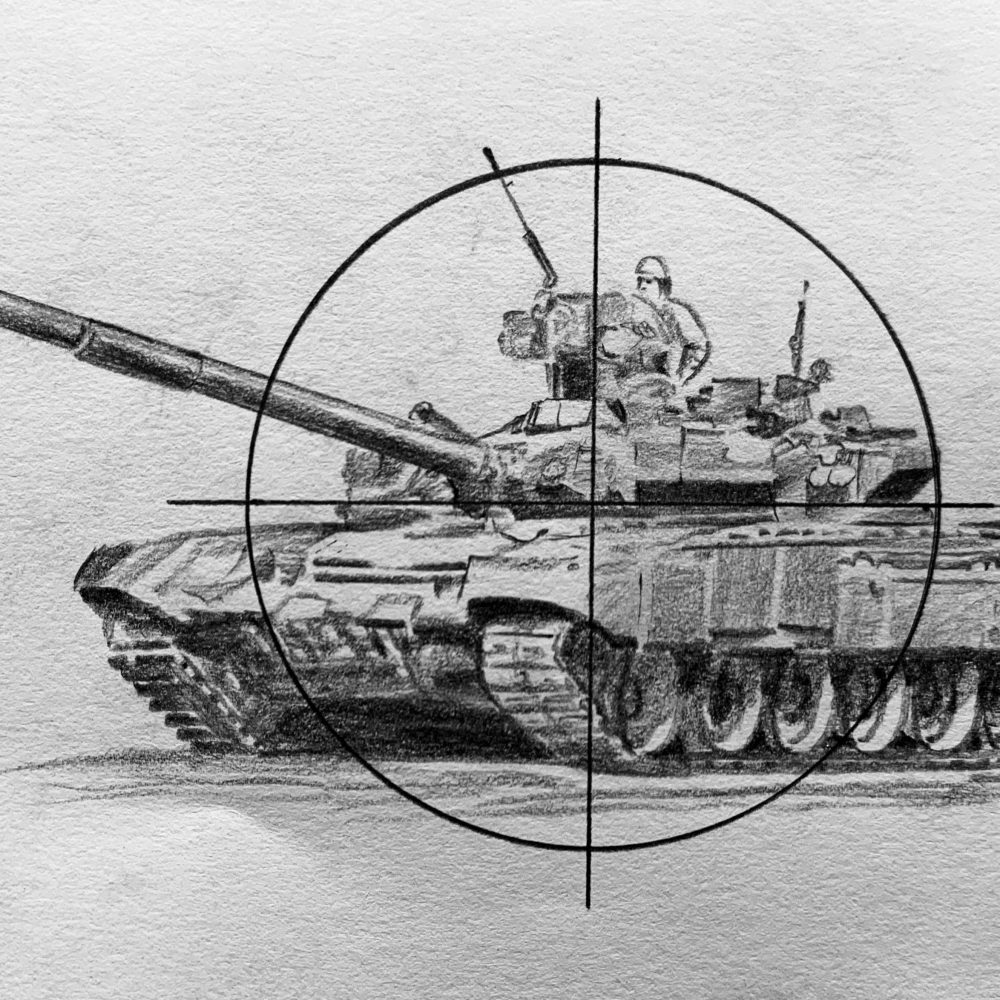 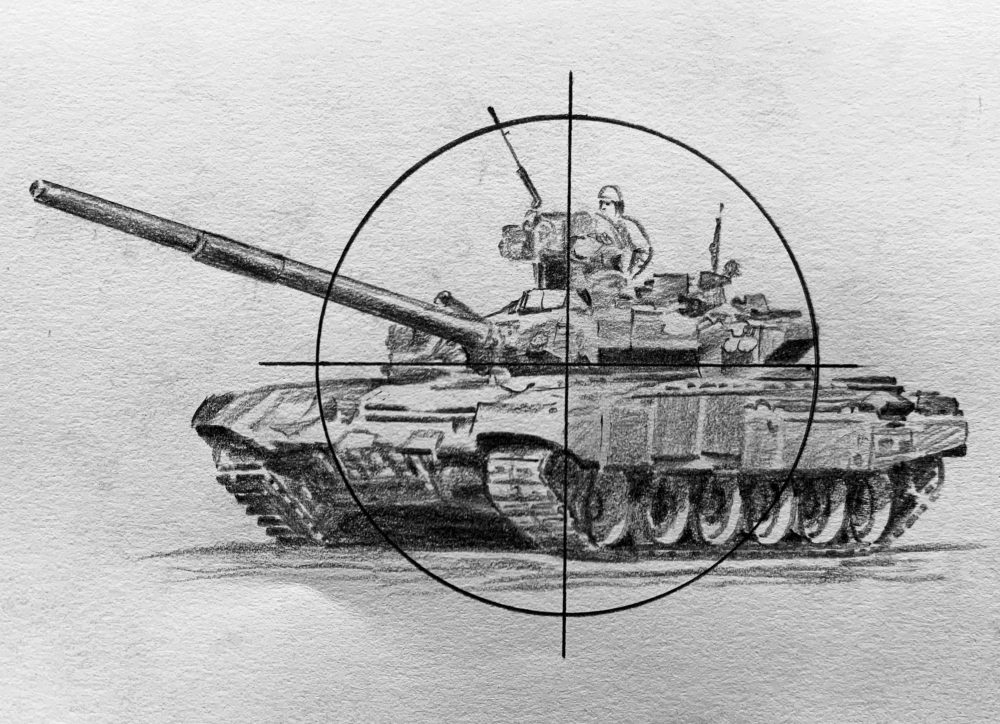 Six months after we broke up, Ben and I were still texting each other many times a day. Not that I wanted him back, because I didn’t, until one day, around four in the afternoon, when something felt off and I realized it had been over twelve hours since my phone pinged. Not knowing what else to do I checked social media and found to my astonishment that Ben was on his way to Ukraine. To be a soldier again (Ben is a former infantryman), to fight the Russian Army. In a Twitter post he said one particular image had led him to sign up, and that was the pregnant, bloodied woman being carried on a stretcher from the bombed maternity hospital in Mariupol. He outlined in a series of Tweets the complex feelings that came over him due to the fact that his great-great-grandmother had been pregnant when she left Ukraine to escape a pogrom. He saw a link between the two events: his ancestor’s turn-of-the-century journey via Israel to New York City, and the supine woman leaving the hospital in March of 2022, one hand cupping her belly, her right hip blurred presumably because her wound was too gruesome for a TV audience. Ben posted that the eyes of the world were on that woman and that the sight had bounced back and down into his soul as if reflected by a galactic mirror. For the first time in his life, he posted from the airport, he understood his purpose, the reason for his birth, namely to do everything in his power to right this wrong. He warned us—his followers—that he might never come home.

I’ve tried to imagine what it was like for my Indonesian great-grandmother to leave her country behind to start a new life in Amsterdam after she met my great-grandfather. Did love give her wings? Ben and I first met when he started getting lunch at the deli where I work. He came every weekday morning around eleven-thirty, and I would start making his liverwurst on rye—lettuce, pickles, and mustard only, please—as soon as he appeared in the doorway. A grandpa kind of sandwich, but Ben was my age and wore tee-shirts with puzzling, artistic designs. Those shirts gave me an excuse to look at his body. We talked, we flirted. A lot can happen in the time it takes to pass a freshly-made sandwich over a deli counter. We were talking about the shadow archetype when Ben asked if I’d ever been to First Fridays, the free art and music festival in Uptown. I said yes and that it would be amazing to experience the whole vibe together. After he left with his lunch and my number, I ran back to the stock room and kicked up into a handstand, my airborne feet tapping the tubs of mustard on an upper shelf for joy.

From Poland, where he underwent military training, Ben told us he was excited at the prospect of serving alongside Ukrainian women who’d left their country to ensure their children’s safety and were now learning to carry Stinger and Javelin shoulder-fired missiles. I’m proud of him, I am. It’s not that I feel betrayed, just unimportant by comparison with everyone and everything that has given Ben’s life meaning since he ghosted me. I will admit to fantasizing about sending him a Dear John to get revenge. But that won’t help anyone. Before leaving for Ukraine, Ben obsessively watched videos of Russian tanks getting blown up. He said it gave him pleasure. When I notice my breathing becoming shallow due to fear that Ben will die in a Russian rocket attack or shelling, I try to think of video posts from Vitaliy Kim, the governor of Mykolaiv Oblast. I watch them with the sound off. I am moving on from Ben. I used to think I couldn’t live without his texts, but it turns out I like the quiet.

Short stories by Karen Laws have appeared in The Georgia Review, The Antioch Review, The Cimarron Review, Zyzzyva, and elsewhere. She recently completed a novel set in the High Sierra.