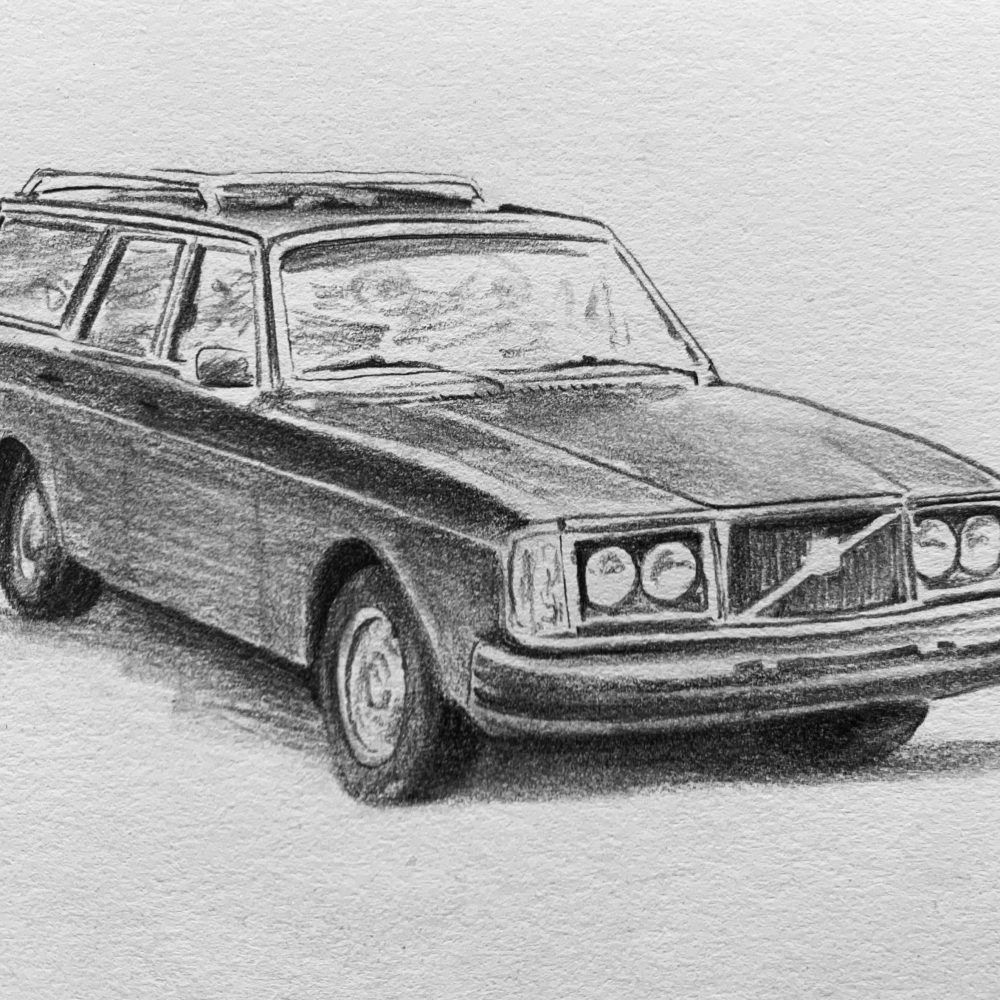 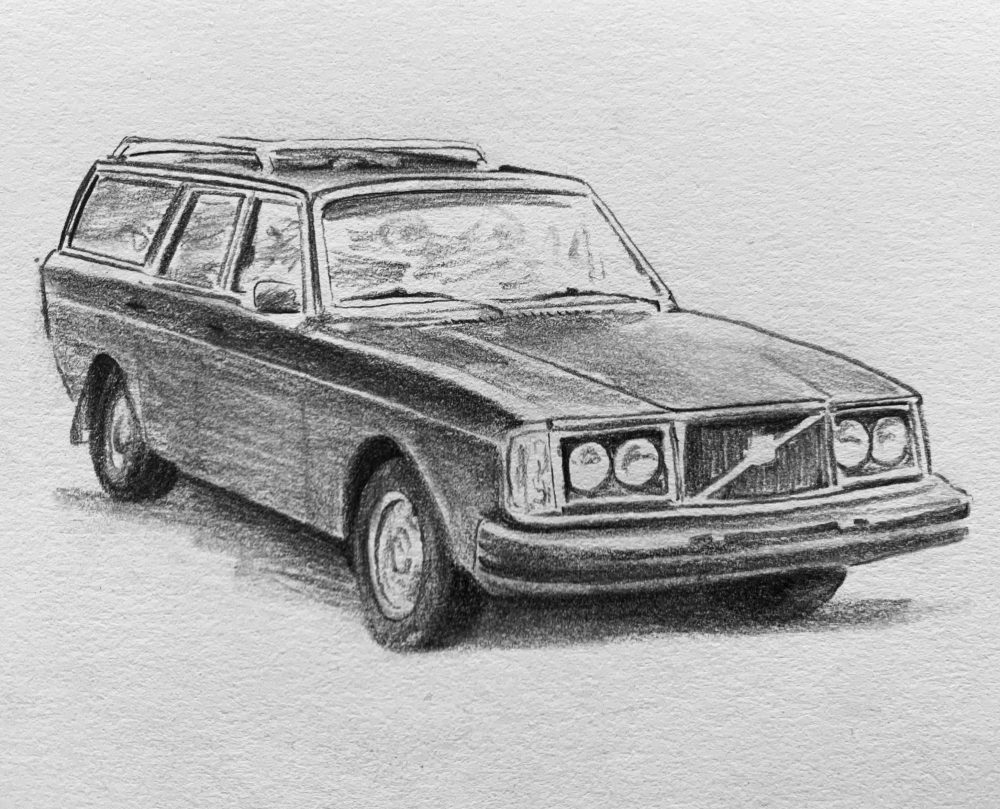 She sleeps in her car. She eats in her car. She plays her favorite music on her discman, her CDs so warped that when she sings along, she mimics the skips, the warbles, the slides, the burps, the scratches as if they are part of the tune.

She remembers singing in the school choir, and the choir teacher as well, maybe even better than she remembers her mother. Her mother was a tall, blurry being with a shaking finger, a scolding tongue, that tongue slipping in and out of her mouth, like some kind of creature looking for food. The choir mistress, who had no snaky tongue, once took her aside and told her to keep with the music, that she had a very nice voice.

Once upon a time, she was part of a band. A good one. One with promise because they’d all played in the high school marching band and decided to form a small trio of horns. She sang a kind of jazz wearing silk tops without a bra beneath and what was then called “short shorts.”

Sometimes, when she’s singing along to a CD, she sounds so good she wishes she could try out for “American Idol” or “The Voice.” If they’re still on TV. She’s not really sure. She hasn’t watched TV in a long, long time. There are always people around a TV, any TV, at her aunt’s, at the group home, at the dive bar she sneaked into once when she got lonely. She won’t do that again. She doesn’t like other people, not people like herself nor any other kind. She has trouble following their logic and when she gets frustrated, she gets loud, and she might get slapped or pushed or even something worse. It happens.

She doesn’t hear the raps against the window, not at first. She sleeps deeply when she chances on some kind of booze at the bottoms of recycling bins. She prefers vodka, but anything alcoholic is a treasure. She won’t do drugs. Her father did drugs, and that’s why he’s dead and gone. He loved whatever was on offer on his band’s old travel bus and whispered to her when he made one of his rare trips home how a toot or a snort makes him the great musician he’s always wanted to be.

The best thing about her car is that she can move it. She tries to park on busy suburban streets, the ones close to a Von’s with both a bathroom and a counter for Starbucks. She likes roads bordering housing tracts, the ones lined with cinderblock walls so the people inside the tract can feel safe, away from the outside world, away from her. She understands why they would feel that way. That’s how she feels 24-7. Those walls make it so her neighbors don’t really notice her inside her mother’s old maroon Volvo. She moves it every day, up or down the street, until eventually some homeowner realizes someone is living in that car and raps on her window, tells her to shoo or he’ll call the cops.

It’s harder now with so many more people living in their cars. Too many people. She wonders why. There must be something wrong with the world. Too many rich people sucking up all the money until they are giant gorillas roaming the earth while she grows smaller and smaller, smaller than ants and those big apes don’t even work together. Her car windows remind her of the ant farm someone once gave her. Those tiny ants between sheets of glass were constantly tunneling, crawling over one another, always busy, only now she’s the one behind glass, but doing nothing, hoping no one will notice.

But there are days when someone knocks on the car window and tells her someone is looking for her.. Her heart hammers in her throat, her hand shaking as she pokes her key in the ignition. The Volvo coughs and spits its way into traffic, and she’s on her way, once again, to some new location.

There are other days when the person knocking on her window is Ryan Seacrest. Sometimes it’s Blake Shelton. Sometimes it’s both. They tell her it’s time to audition and though she’s surprised, she accepts the invitation and steps outside the car to sing her own rendition of “Say My Name, Say My Name.” She hears them clap and tell her they’ll get back to her. She climbs into the Volvo, glowing, a smile widening across her face, hugging herself, humming, “Say my Name, Say my Name” until she falls asleep.

Then there comes a day when she walks to Von’s, the sun warm on her cheek, humming “Amazing Grace” to find the parking lot full of after-church customers picking up this or that, a rotisserie chicken, a carton of milk, pie for dessert, and they stop as she begins to sing, soft at first, then, as she forgets herself, forgets where she is, she stands still and lets her voice shape each word, each note and for a moment, her lost years fade away.

People push their carts up close, hesitant at first, to listen, the sky above a clear blue dome, her voice as pure as air washed by rain. Just herself, her voice, her name, and her will to be in this world.

Gay Degani’s many nominations include Pushcart, Best of the Net, and Best Small Fictions. Her work has appeared online, in print journals and in anthologies. She’s published a chapbook, Pomegranate, a full-length collection, Rattle of Want (Pure Slush, 2015), and a suspense novel, What Came Before (Truth Serum, 2016).