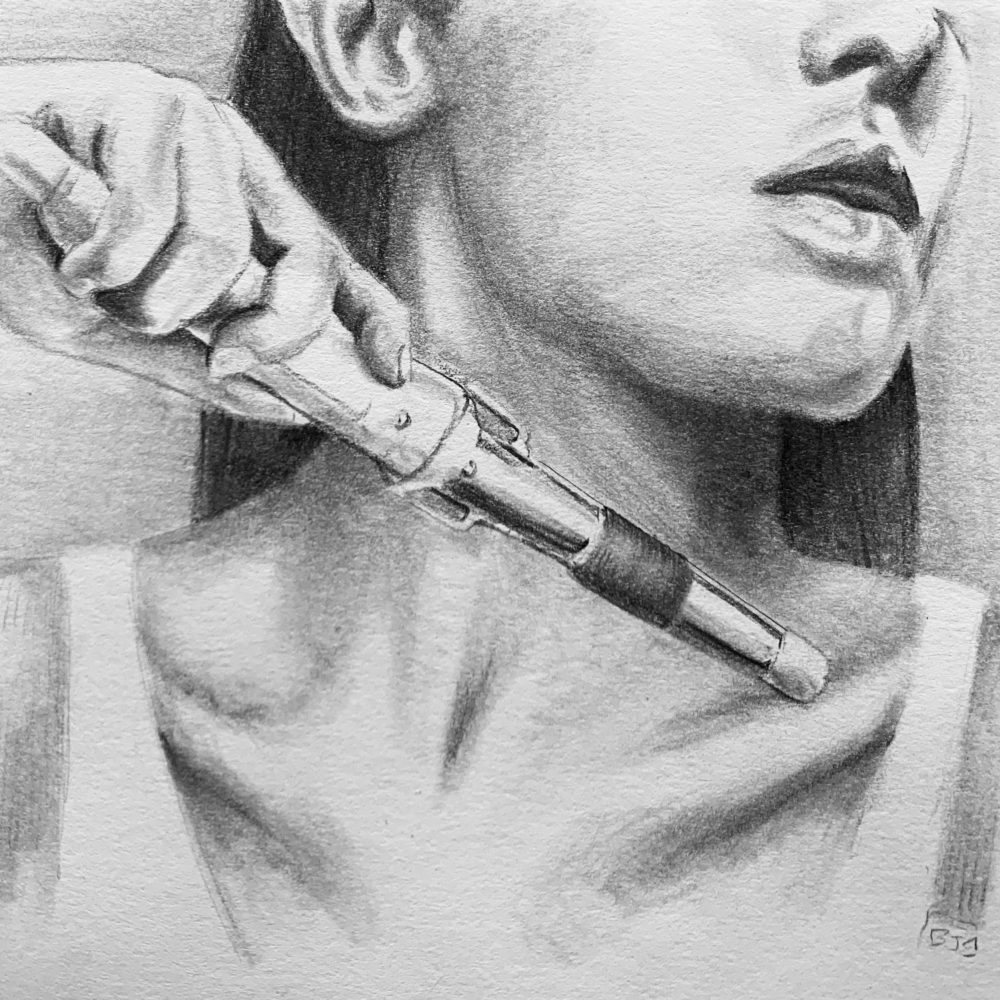 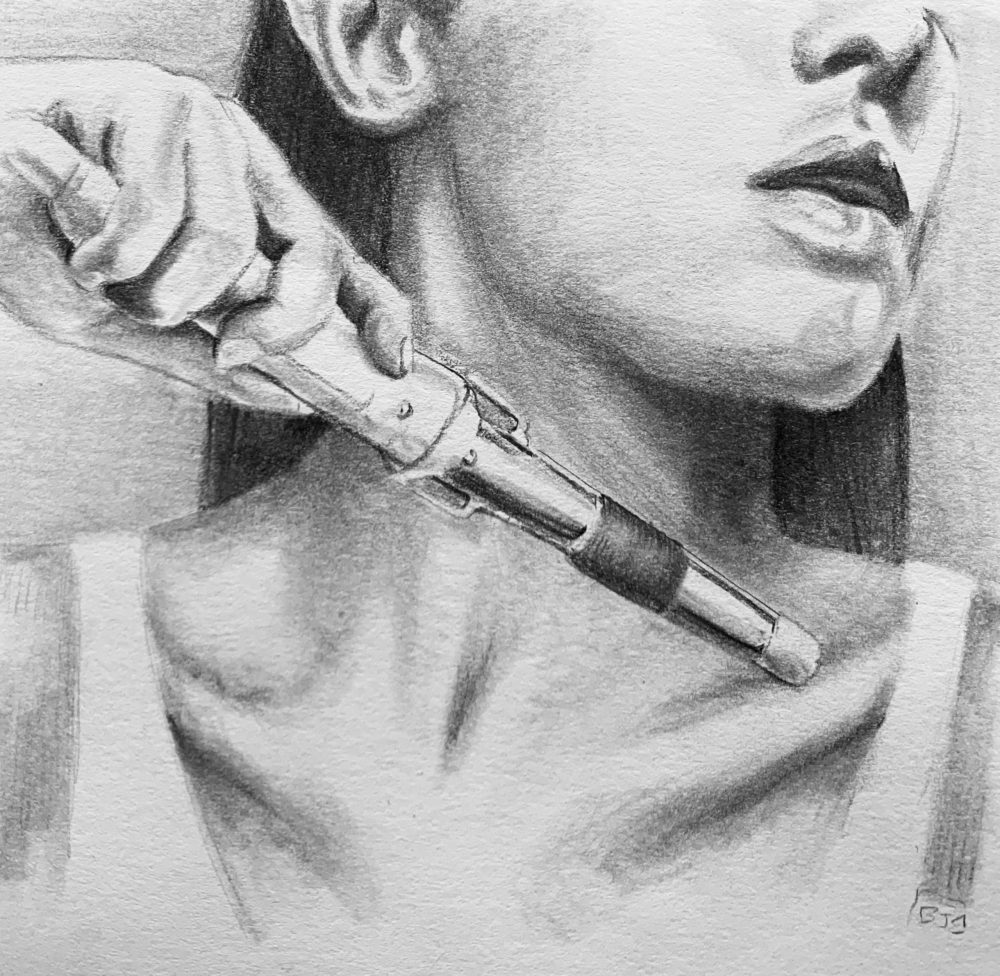 Caroline has holes in her feet. They are pussing, oozing yellow and red. The aluminum Venetian blinds are down, but the afternoon light bleeds through their symmetric cracks. Dust particles dance in the air, waltzing and chasseing around each other like bride and groom. A few feet away, a flip phone with a pink bedazzled case sits on the table and, illuminated by a sunbeam, winks at Caroline.

A man with flaky lips is asleep on the brown sofa, his head tilted back, and his mouth is open. Caroline moves quickly and lightly as she crawls across the stained cream carpeted floor towards the device. A creak under her right knee. The man blinks awake.

“What the fuck are you doing?”

Caroline is frozen like a cat with one paw up. Then, quickly, she grabs her shins and pulls them into her chest, tucking her head in so she is a ball. She knows what’s coming.

The first kick lands on the side of her hip, where she’s still bony and prepubescent and curveless. She’s only had her period twice in her life, and the cycles were four months apart. Still, she made her mom take her to the padded bra section of Sears, where they purchased three cotton underwires. Lavender, turquoise, and nude.

Another blow—in the temple this time, and things go dark. Caroline’s on her side now.

“What’s going on?” she hears the woman call from the bedroom.

Caroline’s eyes are open, but she still can’t see anything.

“The bitch was going for your cellphone.”

The woman is close now, kneeling down. Caroline knows this because she can feel her breath hot on her cheek.

“You know better than that,” the woman says into her ear. Her voice sounds throaty and her mouth smells sour. Whiskey. Caroline sees her drink the caramel-colored liquor all day every day. For how many days? Caroline’s not sure. She hears her stand up, and her footsteps fade away towards the back bedroom.

By the time Caroline is starting to see color and shapes again, the woman is coming back with something long and purple in her hand. As she gets closer, Caroline can make out the cursive text on the rod: Conair. It reminds her of the sleepover she had not long ago with Julie Venarelli when they crimped each other’s heads into crisp zigzags and put on old gauzy dresses from Julie’s mom’s closet. They took pictures with Julie’s digital camera for an hour on her brick patio as if they were going to prom. Afterwards, they uploaded the photos to a website, and Julie chatted with her internet boyfriend while they waited for Bolognese to be ready. The boyfriend, whose name was slitheryserpent71, told them they both looked sexy in the pictures. Julie got kind of pissed off after that because she thought he was trying to flirt with Caroline.

The woman presses the curling iron to Caroline’s neck, and she can hear her skin sizzle into flesh vapor. Caroline screams. And the woman says, “No one can hear you,” and pushes harder. She goes in again with the iron but closer to Caroline’s collarbone this time and says, “And don’t think about pulling that bullshit on us again, honey.” More pressure. More screaming. Until all that’s coming out of Caroline’s mouth is a hissing like a broken pipe.

When Caroline wakes up, she is dizzy. It’s raining now, heavily. It sounds like someone, God maybe, is pouring a bag of pebbles over them, bouncing, and ricocheting off the metal roof.

Lydia Keating is a writer, performer, and digital creator. She holds degrees from Yale University (BA Cognitive Science), where she was a Yale Journalism Scholar, and Boston University (MFA Creative Writing), where she was the recipient of the William Holodnak Prize that honored her as one of the two top fiction writers in the cohort.

In fall of 2021, Lydia sold her pilot, FRAN, to the production company Picturestart as a scripted podcast. The project is currently in development and expected to be released in 2023.

Her essay, "I’m an Influencer, and I Think Social Media Is Toxic" was published in Slate. Her journalism has also appeared in the LA Weekly and NPR member station, WGBH.

Lydia is currently working on her first novel.