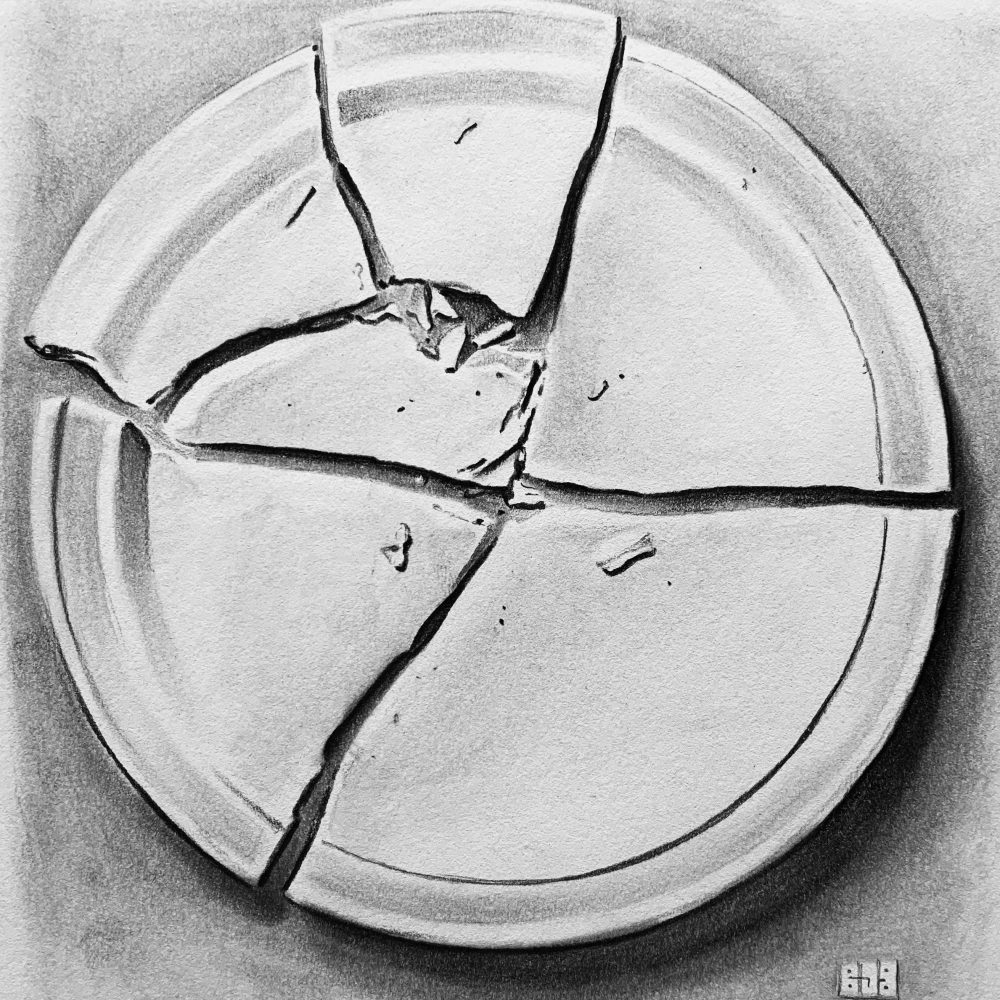 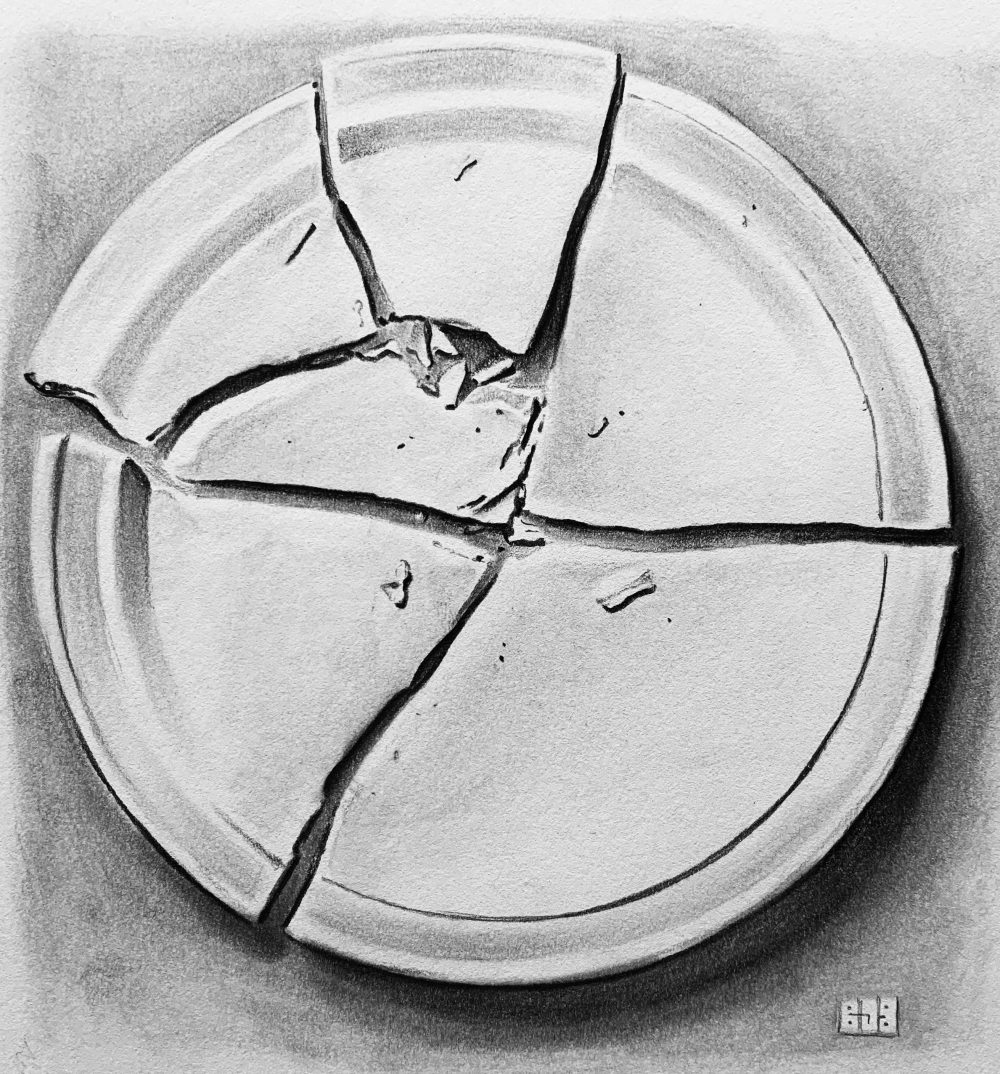 The static of conversation, the neighbor-noise she’d ignored all day, shifted, took on a new rhythm. Sharp, staccato. Carlotta looked up from her book, peered over the deck railing through the woods. A sudden alarm shot through her. “Now,” the husband barked. Then a clattering of dishes. The sun slipped behind the hill on the other side of the lake; the trees turned black, but the sky above was lit a bright gray. Carlotta drew a breath and crepuscular air filled her insides, strengthening her limbs. She bounded down the stairs, raced through the trees, startling a chipmunk in the underbrush.

On the deck next door, the neighbors—a pale man with small eyes and Jaune, dear Jaune, in her favorite muumuu, hair snaking around her head, faced off. A dinner plate lay shattered on the boards between them. An ear of corn rolled off to one side. The husband turned, his gaze, hot, biting. Carlotta pointed a finger at him, and he froze, one arm raised.

“Do you know the way out of here?” Jaune asked.

Carlotta nodded, grasped Jaune’s elbow, and steered her to a chair. Jaune settled with a sigh. Her shoulders slid away from her ears. She slept. The cocoon of Jaune’s scent—cucumber, mint, a hint of musk—wrapped Carlotta in stillness. Warmth spread from the center of her chest along her arms, down her legs, to her feet. She could curl into Jaune’s lap. She closed her eyes, allowed Jaune’s gravity, the softness of her skin, the firm muscle beneath, to pull her closer. She felt herself sinking, dissolving. “How I’ve missed you,” she murmured. How long had it been? Two years? Three? Time stuttered. A dream overtook her and she fell: limbs entwined, the susurration of breath, dappled sunlight.

Carlotta drank in more night air, straightened her spine, and approached the marble-still man. She patted his chest, once, twice, three times. A red stone dropped from his mouth, landed on the wood with a sizzle. Carlotta grabbed the tongs from the barbecue, pinched up the stone, and flung it into the lake.

She raised up on her toes and placed her palm on the top of the man’s head. He blinked blank eyes. Carlotta waved her free hand in front of his face. With the flutter of each lid, light and love grew inside him. He sank to his knees beside Jaune’s chair. Carlotta stroked the back of the Jaune’s hand, releasing her from slumber.

The husband cradled Jaune’s hands. Together they murmured and cooed. Carlotta closed her eyes and bit her thumb. Nearby a chipmunk chirped. Carlotta drew a breath, squeezed her fists, tight and tighter. “I reject heartbreak,” she said. She smoothed her cheeks dry. “I renounce married woman.”

Katherine Gleason’s stories have appeared in Cheap Pop, The Drabble, Derelict Lit, Every Day Fiction, Hobart, Juked, Jellyfish Review, and Menacing Hedge. She won first prize in the River Styx/Schlafly Beer Micro-Fiction Contest, garnered an honorable mention from Glimmer Train, and has been nominated for a Best of the Net award. Her play, The Toe Incident, won the Christopher Hewitt Award for Drama in 2020.