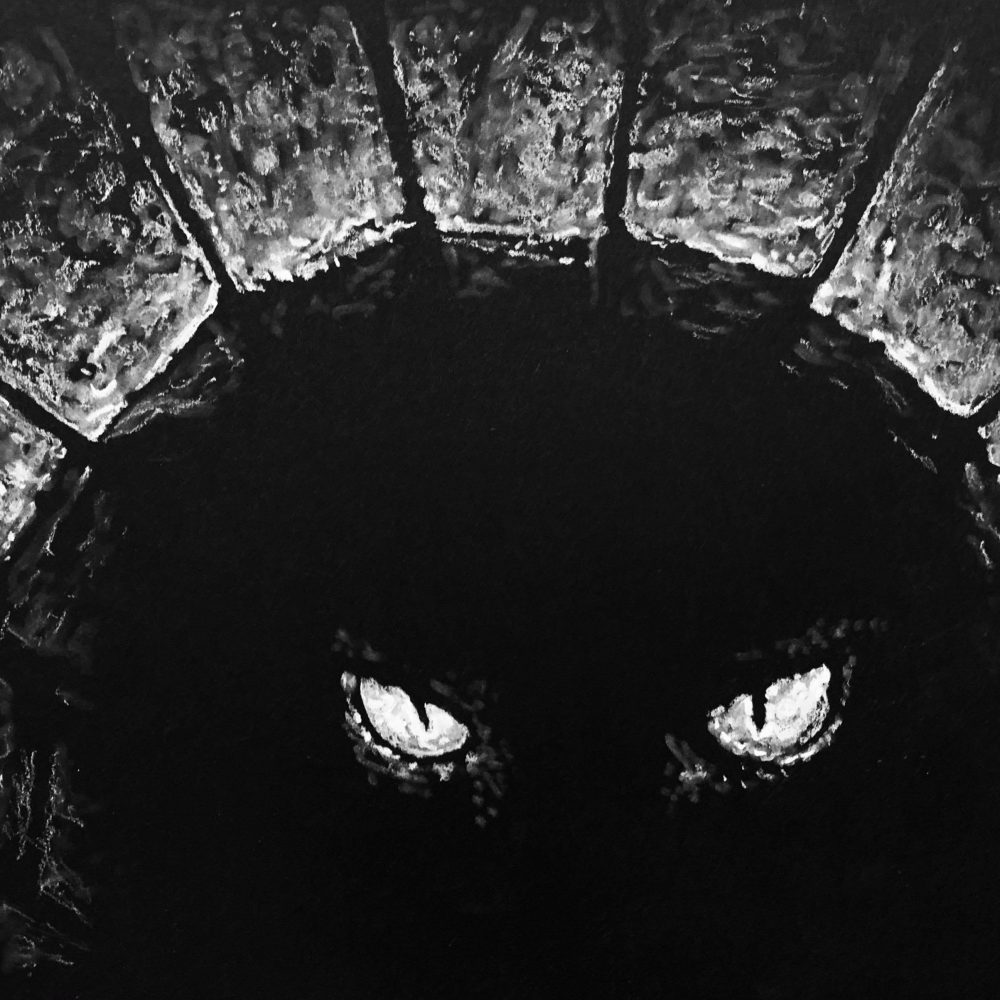 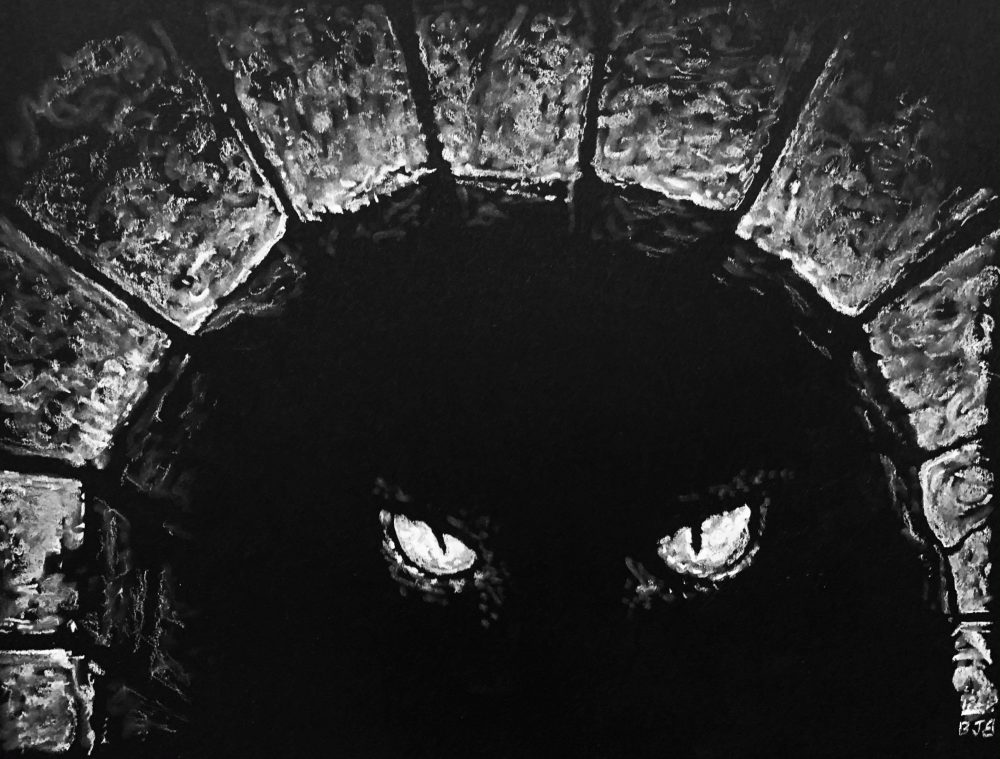 My sister is hiding from her boyfriend. He thinks it’s a game. He looks behind the drapes in the living room, in the hall closet, behind the kitchen door. He’s singing. “Dear little Penelope, where is my Penny, where can she be?”

My sister’s boyfriend starts looking in places where he’s looked already, and then in places where Penny couldn’t possibly hide – under the throw pillows on the couch, in the oven. He yells when he snaps his fingers in the mousetrap in the silverware drawer. He thinks my sister did it. He knows she likes to make games interesting. That was my little touch, though. I’m glad he doesn’t look in the refrigerator to see what Penelope put there for him. It’s too hot for the nonsense that would cause.

He looks to me for guidance, offers me money for a hint. He should know better than to insult me. “Penny, Penny, please turn up!” he sings, his voice mournful and the tune sad. “It’s so weird, I’ve checked the whole house. Twice,” he says to me.

It’s a big house. He hasn’t checked everywhere. I would have heard him scream if he had. I should tell him to go home. I should tell him my sister is bored with him and if wants any kind of chance at all, he should leave, give her some space. But he won’t listen. My sister’s boyfriends never listen.

“You could check under the garden bridge,” I say, “but don’t blame me if you find the troll instead.”

He chuckles, enjoying what he calls my little fantasy stories, my make-believe. My sister has told him I have no imagination whatsoever. They never listen, my sister’s boyfriends.

This one, I haven’t even bothered to remember his name, rushes out the back door, leaving it open, making up yet another dumb song about finding Penny. I can see from where I stand at the back kitchen window that the troll is awake. My sister’s boyfriend is heading straight for him, giant steps, exaggerated sneakiness. He thinks she’s watching, that it’s her eyes he sees gleaming under the stone bridge back of our old house. He’s singing again, about coming to get her.

Nothing can save him now. The troll is hungry. None of my sister’s boyfriends ever listen.