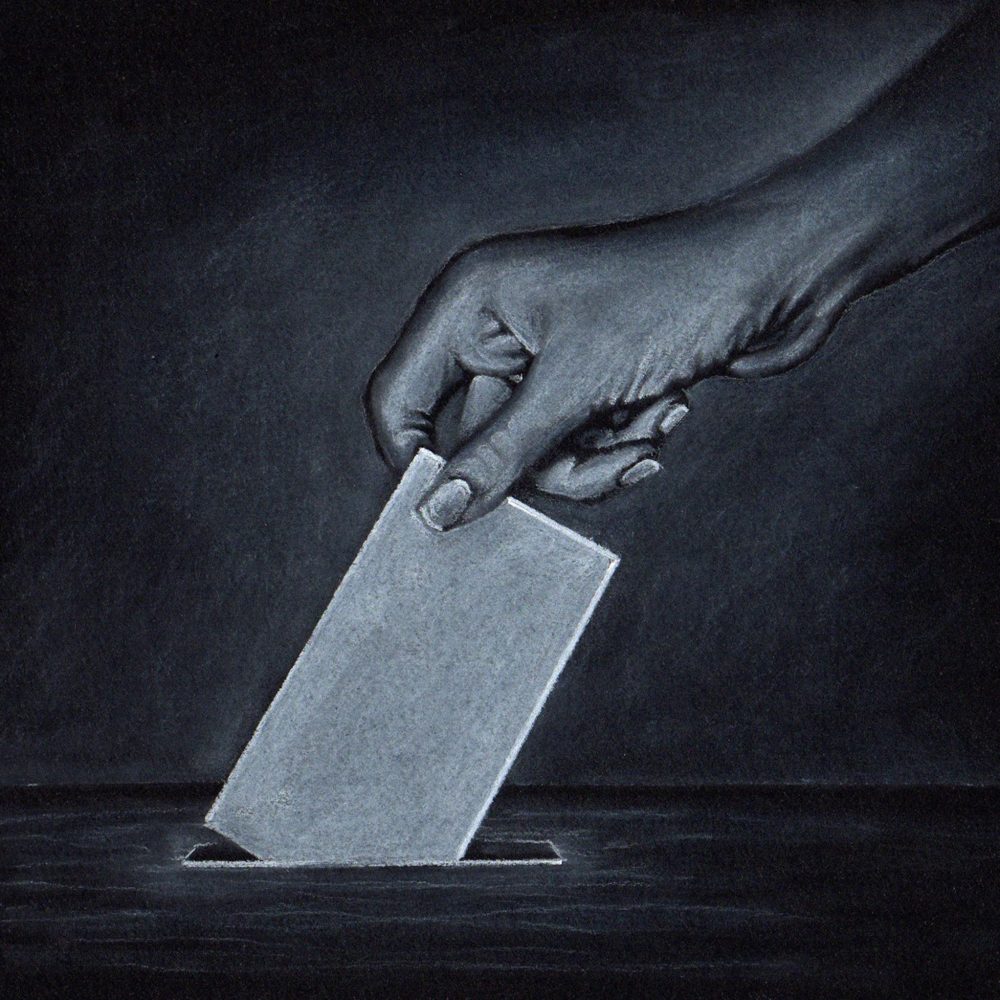 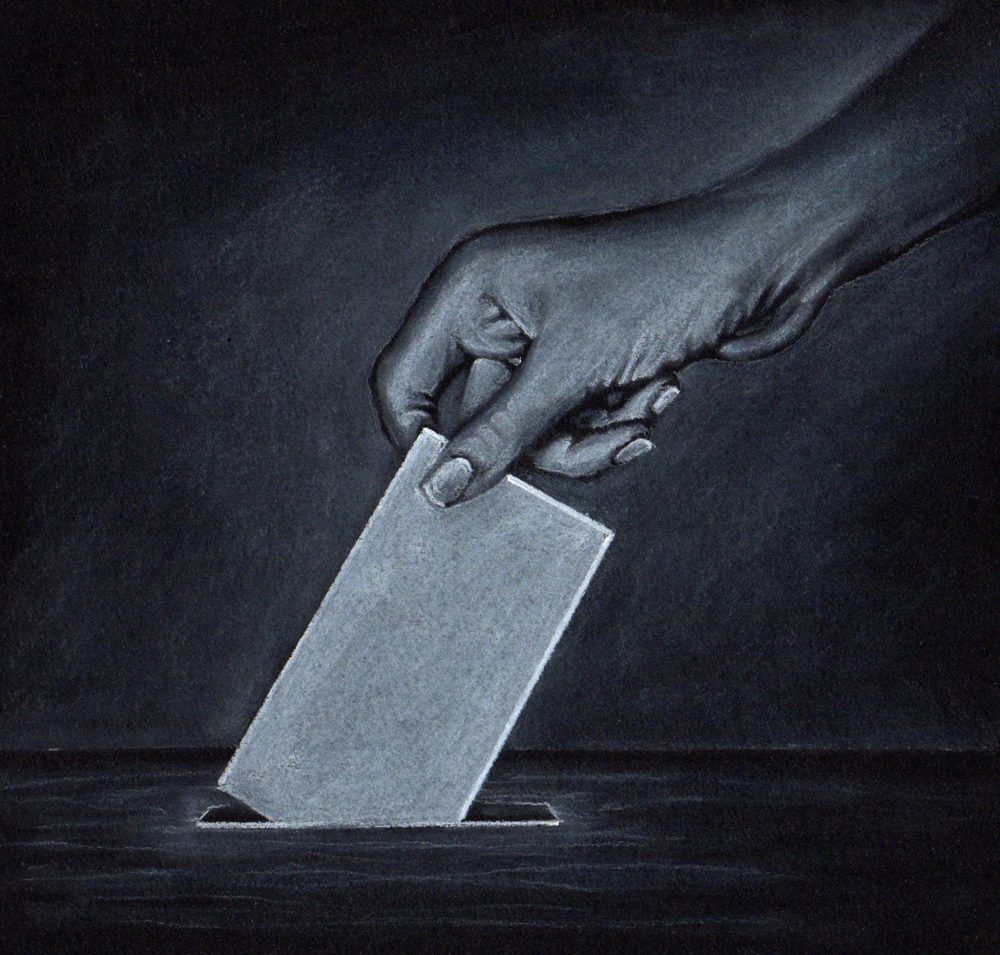 In a long lull between voters, Lacey told about her son’s pants ripping from belt to inseam, no underpants. “It happened at Chipotle in front of God and the police. I told that boy about getting seen at Chipotle but he bent down anyway.”

The traffic through the Armory polling station had been unusual. Typically, the ladies saw a big morning rush of working people, then intermittent busloads of the elderly, and late strays from the college.  They were all sons and daughters of Oklahoma, by blood or soil or chance, and they all took a ballot from the ladies. That was all usual.

The ladies ordered Dominos. Whispering in the empty room, Cathy blamed the quiet on the Turbinos outside, not violent but looking it. Lacey blamed the Voting Commission lurking at stations across the districts, heels ticking in the halls. Cathy and Lacey worried in the printing and measuring of their ballots: the Commission targeted Fresno for destruction, sent night raids to Houston, swallowed children whole. It was difficult to tell what was literal. Adele cut her ballots in silence.

They said at the Elks and the VFW that the ladies lived together in a cabin by the Illinois. The men said the ladies got drunk on Mad Housewife and danced wearing only flowers during the big full moons—Blue, Super, Hunter. The women called them dirty, bare-footed. Inevitably one man said, “Yeah, but you can bet back in the day.”

A young burly bantam boy, red headed with a spiky cross on his shirt, neck, and bicep each, strode into the polling station and cast around, hands on hips, like he’d turned on the light expecting roaches or a pregnant teen. The ladies regarded him with wariness, pity, and a little hunger, except for Adele, who was cosmically unsurprised.

He said, “I need a light one.” Cathy asked him to verify his address and he said, “Why?” Then, as if he was answering his own question, he said, “I was blank before. I’m light now.” He seemed to be asserting something grand, but Cathy was arranging and Lacey busy inspecting the man’s underwear as he cleared his biceps while getting out his wallet, which also had a cross.

The man fed his vote, looked around and said, “Sure seems quiet,” as if this was right.

After he left, Lacey said, “I wouldn’t mind seeing his pants split.”

Cathy laughed. Adele smiled. They noticed a shape at the door. The Voting Commission had sent them to training with a man Lacey said had ‘the ghost eyes’. In a nasal voice that italicized often, he repeated that monitoring would be increased. He said the tolerant stances of previous Commissions no longer held. He said penalties would be swift and merciless.

The man at the door was old, red suspenders, blue jeans presumably covering beefy old briefs. The expression on his face disgusted. “Ladies,” he said.

They verified his identity with Lacey saying, “Oh my,” often. As she prepared the man’s ballots, she asked if he’d been standing there long.

Lacey blanched. Cathy, fretted, listed: all was in order. The man sat to his light ballot with the intensity of an accountant. The ladies sat in silence until he’d filled his boxes. When finished, he gave them a sour look.

“He’s going to call the Voting Commission,” Lacey said. She was near tears, but that wasn’t new. They’d never been reported before, but it only took the once.

“They’re going to burn us at the stake,” Adele said. She was right.

Christopher Murphy received his MFA from The University of Arkansas and currently teaches creative writing at Northeastern State University. He also reads for Nimrod International Journal. His work has been published at Gulf Coast (online), This Land, Jellyfish Review, Necessary Fiction, decomP, and The Tulsa Voice among others.