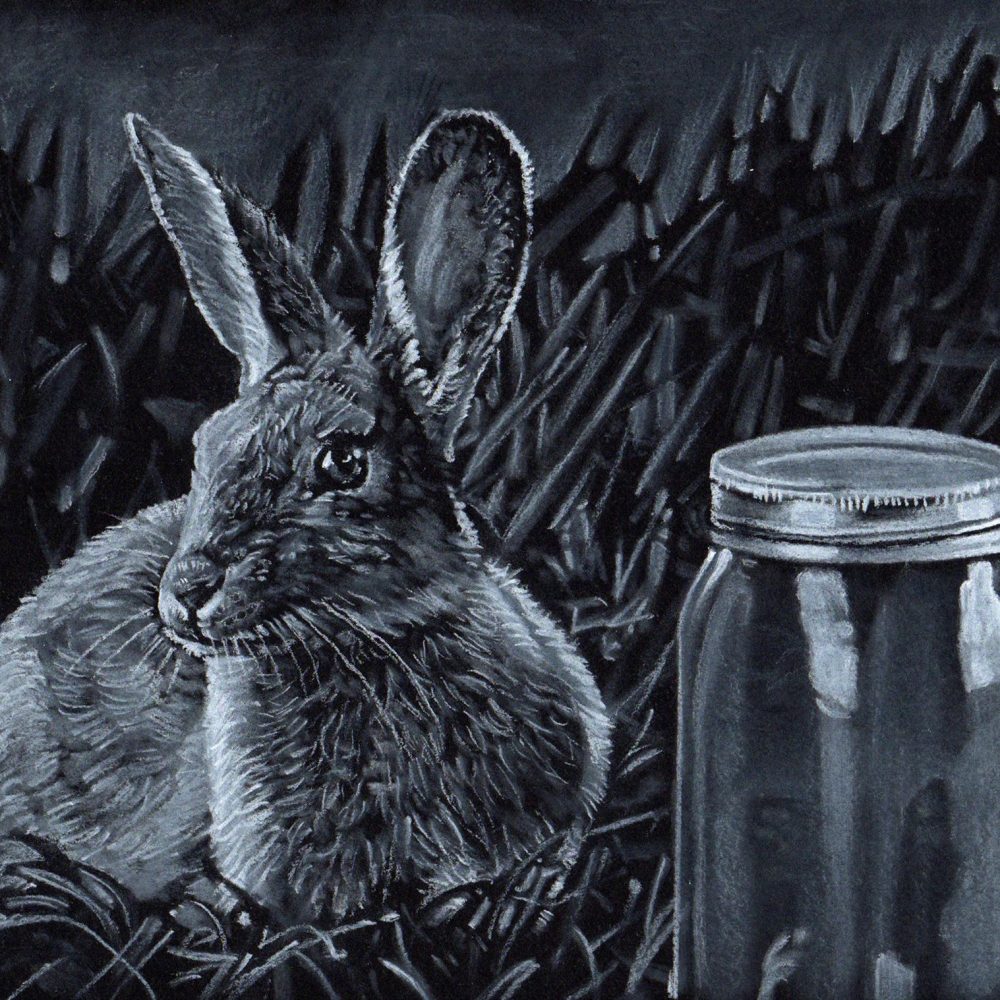 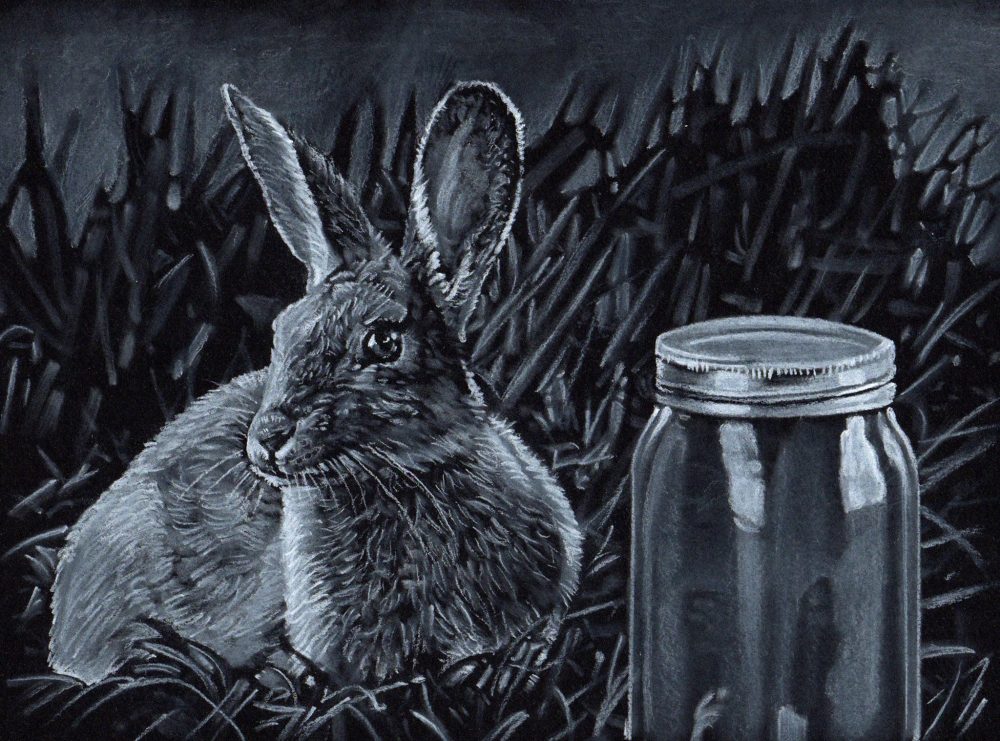 Despite all odds, she keeps the rabbit alive. It’s a giant rabbit. Flemish. Bigger than the cats ever got and much quieter. Quiet is how they survive out here, amongst empty farmhouses and fields that ought to be full of corn this time of year, but just as well the corn is gone. All those stalks would prevent a person seeing anything lurking and lurching closer, and the thought alone gives Becky chills.

Here too the rabbit is useful. Ms. Flops is good for quieting chills, more so as Becky pets the rabbit’s soft ears.

“I’ve got work,” she whispers. “Bad business, but it needs done.”

Like putting the cows down. There was no hope for them when everything went south, and the memory of all that mooing—all that calling for help that’s not coming—keeps her up at night. She thought nothing could bother her the way Dixy’s passing once did. She’s certain the neighbor poisoned and killed that first rabbit of hers, two years ago, when mom and dad refused to sell the animal to him. Now Becky has bigger, badder memories.

Just so you know, she would shoot that neighbor these days, if he weren’t already dead, just like she’d kill anything that threatens her and Ms. Flops, which brings Becky back to the current situation.

She loads dad’s gun. This must be what mom meant when she said that mommies and daddies do difficult things so their babies don’t need to worry.

Becky carries the gun across the field, extra ammo in her lunch tote, and nears a house she hasn’t entered in three months. She left about the same time as spring ladybugs coming out from under the siding, except they flew away and she only went so far as the barn. The barn is home now. The house is a tomb filled with memories as cracked as mom’s good China dishes—shards strewn across the dining room, where dad pulled the hutch down onto the head of someone who was no longer a someone so much as a something.

There’s a something in the house now, and a someone barricaded in the pantry to escape it. For all Becky knows, that someone might be in there eating mom’s last tomatoes, but Becky helped can those veggies, so she and Ms. Flops have a stronger claim to them. Mom would want Ms. Flops to have them—would be proud of Becky taking care of the rabbit so well.

Becky doesn’t enter the house. She taps the end of her gun against the screen door until the something comes out. Then she shoots it right through the forehead, pleased that it falls off the porch so it doesn’t stain the wood too badly. Dad did lay down a fresh coat of paint last summer, you know.

Becky peeks at the something’s empty eye sockets. Somethings never have eyes. Whatever goes wrong inside them, their eyeballs fall out, all shriveled like raisins.

At the pantry door, she knocks and calls to the someone inside.

“Thank you,” he says. “Oh, but you’re so little. Where are your parents? Is there an adult around?”

He stares at the gun barrel resting against her shoulder, and his eyes start watering up like it’s a dreadful sight. Becky brushes by him to grab a jar of tomatoes.

“They’ve gone to heaven, and I don’t like coming in the house, but I’m here now, and Ms. Flops needs nutrition. Vitamins, mom said. They’re good for her growing.”

“Are you alone out here?”

“And where is this Ms. Flops?” The man reaches for the tomatoes. “Here. I can help.”

Becky refuses to hand over the gun or tomatoes as they venture outside. She can imagine the man sizing up Ms. Flops—sizing up how nice that rabbit would be, just like the neighbor sized up Dixy.

“It’s all bad business,” the man says. “That’s one way to put it. How long have you been out here?”

“Since mom and dad left.”

He smiles at her and turns to step off the porch, and that’s when Becky shoots him in the back of the head. Then she keeps on course to the barn, hoping the tomato jar isn’t difficult to open. She always needed help with the tightest lids—needed dad’s help, except dad isn’t here and neither is mom, so it’s just her sitting on the barn floor, hands twisting and pulling.

“I’ll get it open,” she tells Ms. Flops. “What? No. You stay here. You don’t need to see all that bad business outside.”

Becky bursts into tears, hands shaking so badly that there’s no hope for opening that jar. There’s no hope of anything except crawling into the hay beside Ms. Flops and burying her face in the fur behind the rabbit’s ears.

The rabbit is so soft behind the ears. So very soft despite the coarser hair down its back, and Becky wonders where Ms. Flops’s parents are—wonders how a rabbit feels when its parents go away, and what if all the mommies and daddies everywhere are gone? Who will take care of the babies then?

Becky remembers the jar of tomatoes and sits up. There’s a jar to open, and it isn’t going to open itself.

Janessa Mulepati is a writer and artist, and believes that fiction, at its best, reminds us that every person has a rich life, inner and outer, that we will barely come to know. Her work is here and there, including PIF Magazine, Driftwood Press, The Arcanist, and Luna Station Quarterly.