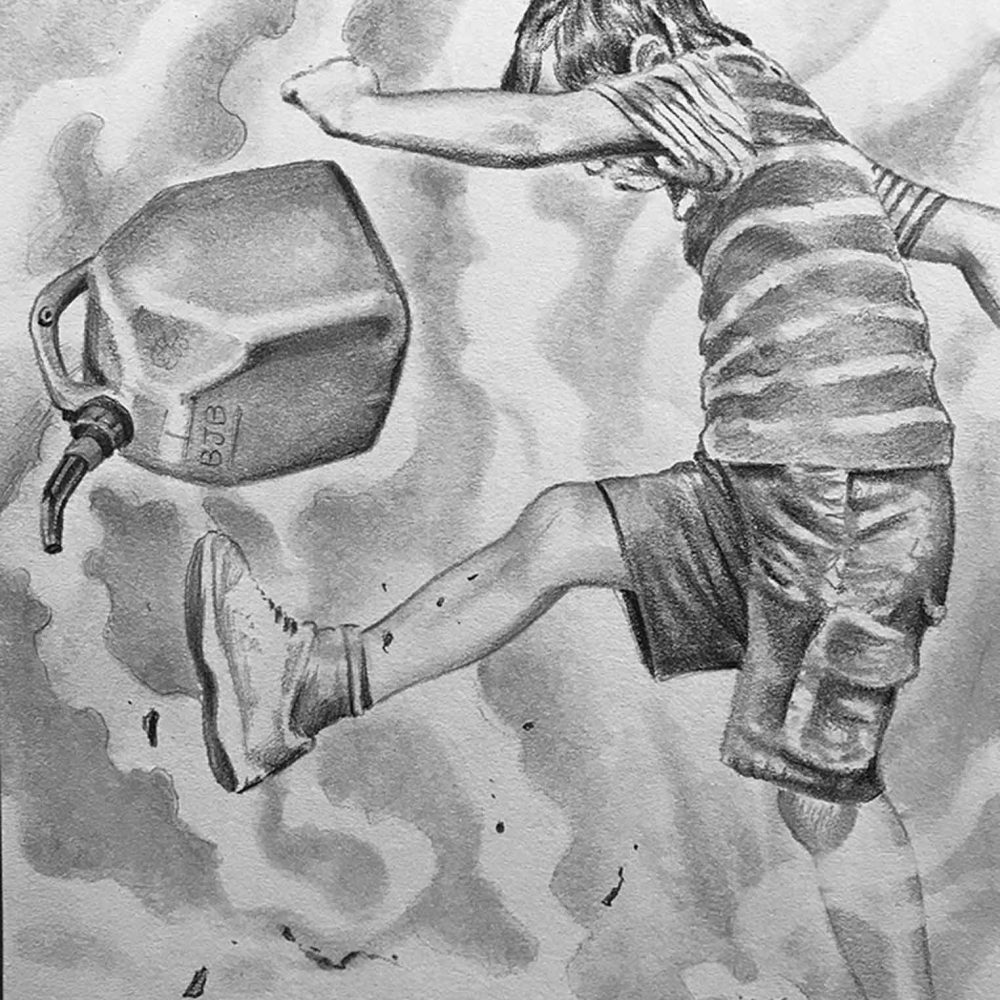 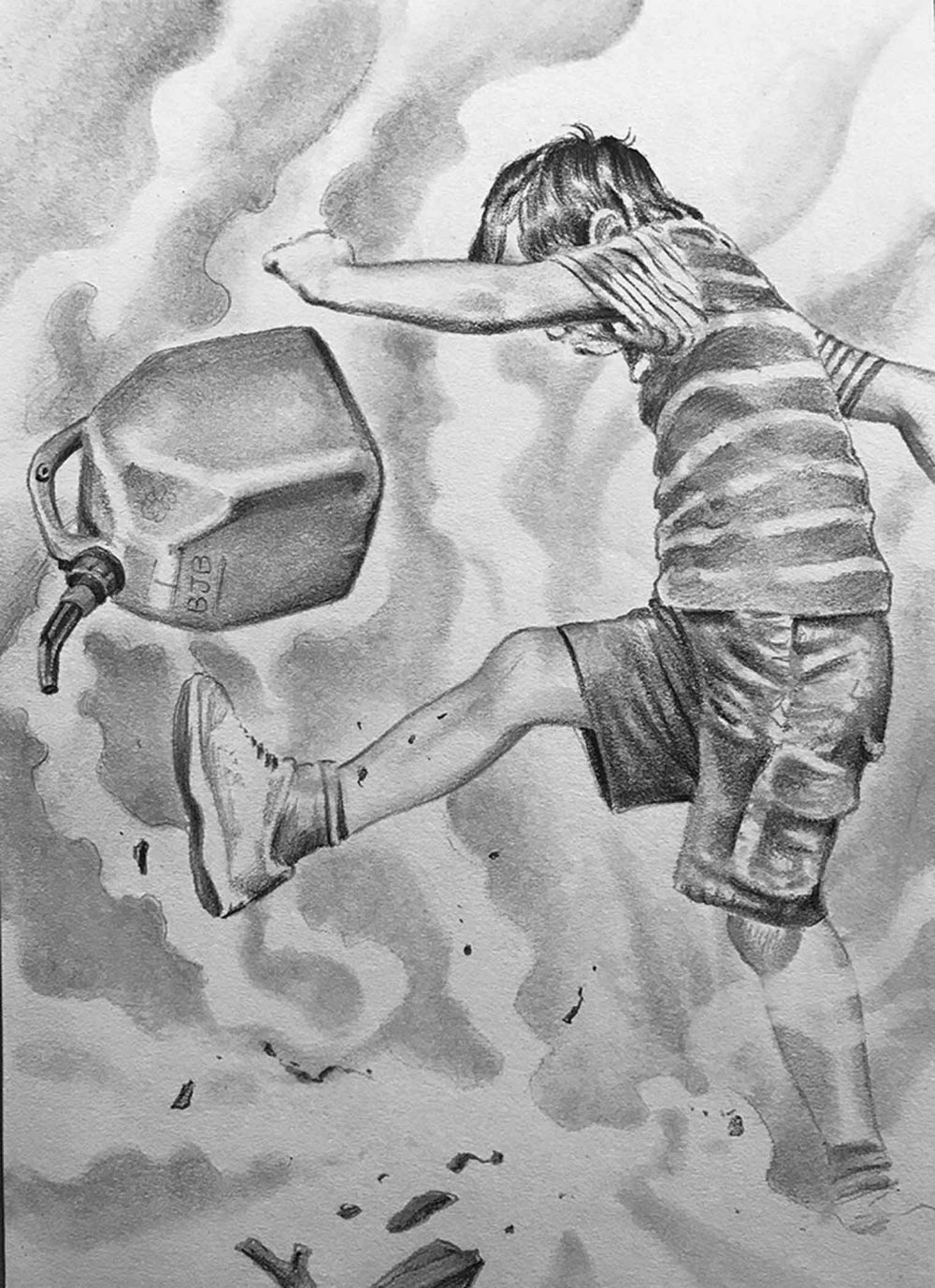 Max-a-million and I found a machete in Gubba’s garden shed and played fantasy with it, hunting down wizards behind his house. Max-a-million routed the enemy across the dead grass and into the swamp, where he discovered that a demon had enchanted the oak tree, so we attacked the ancient tree with the rusty blade, stripping a ring of bark around the trunk.

On a cool fall day Max-a-million found a 20-gallon gas can full to the brim with high-octane fuel and dragged it to the safety of the damp swamp. We poured it around a bit but Max-a-million became frustrated with the safety spout and finally just lit the tank itself on fire. It didn’t blaze up so Max-a-million and I took turns kicking it, and then we kicked it at the same time from opposite sides and blew out its side in a great flare.

For the grand finale I jumped with both feet in the air and brought my full weight down on the conflagration; burning gasoline engulfed me completely, burning off my body hair and melting patches of skin in my leg the size of sand-dollars before I kind of fell out of the melting plastic and rolled in the cool wet mud. I told my parents I tripped into a campfire.

But Gubba heard the first explosion, and she came trudging across the long field, her bed-shirt hiked up over her knees, coughing and crying out: “My swamp! My swamp! What have you done to my swamp?”

She pushed past Max-a-million and the barrel fire and into the mud. “You’ve killed my tree!”

“What’re you burning, you little bastards?”

Max-a-million grabbed her by the wrists and pulled her as far as he could before the explosion went off, bigger and louder than ever, completely destroying the barrel.

We slept on the roof that night to avoid Gubba’s temper, and by the time she came up in the morning with pancakes and grapefruit for breakfast we’d already snuck off to go play.

Daniel Uncapher is an MFA candidate at Notre Dame whose work has appeared in The Baltimore Review, The Wilderness House Literary Review, Posit, Neon Literary Magazine, the Dead Mule School, and others.