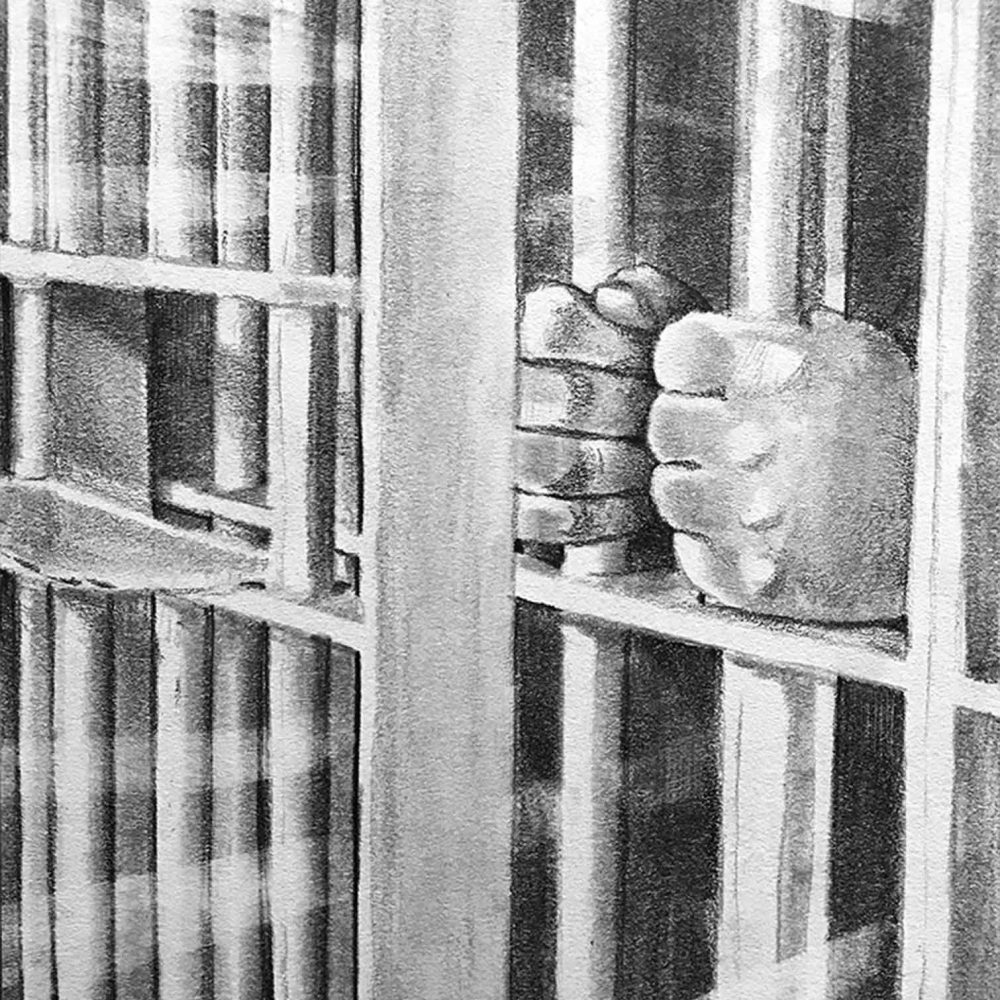 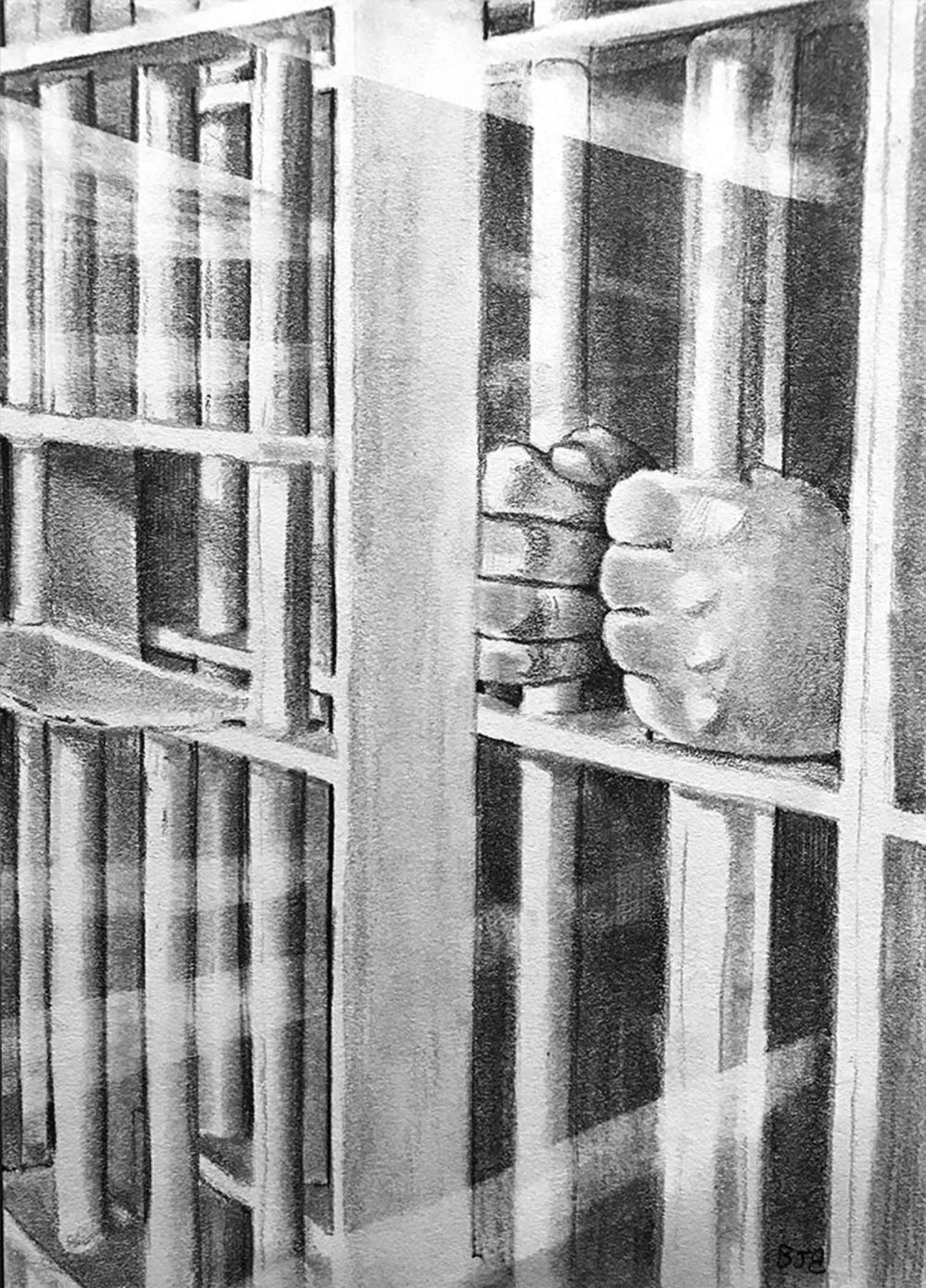 It wasn’t the shortest we had ever seen (some were just defective from the start), but it was the shortest in a while.  The longest run so far was held by an old school incandescent soul who everyone called Whitey.  Whitey lived on C-range, in cell six, and had been there for at least five years.  That’s a long slog, I don’t care who you ask.

My cell was across the range and down two from Whitey, and right next to Watt’s, which is how I knew precisely when he went in.  I’d been there seven months at that point, and was feeling okay.  Not great, but, you know… okay.

There’s always some trepidation when the “new fish” come in – some just can’t handle it in here.  The starkness, the power struggles – it ebbs and flows here much more frequently than in the newer prisons.  It’s just too hard for some of them.

I think that’s what happened to Watt.

I watched them bring him in.  They installed him in the cell at the end of the range, next to mine.  Some said that the cell was cursed, bad luck, bad juju.  I’d been around long enough to know that probably wasn’t the case, but the vibe in there wasn’t good, even if you didn’t believe in all that hocus pocus.  That cell was a just a sad place.   It was on the end of the range, in a corner that was furthest from the windows and the well-lit command post at the opposite end.  It was dark.  The light never seemed to clear out all the shadows in the corners, and the ones who weren’t strong enough from the get-go struggled to stay positive.  To stay lit.

The things we see in here… it’s no wonder some burn out so quick.

Watt came on bright at first. It’s typical.  They’re all “this little light of mine, I’m gonna let it shine,” until the first surge.  Until the brownouts and the blackouts and the lockups and lockdowns.  The fights, the anger, the tears.  Sometimes it is just too much to handle – despite all of us being on one circuit, it’s hard not to feel alone when the only thing you’re illuminating is despair.  Watt… he just wasn’t made for this place.  And there was that cell.  The bad juju, or whatever.  After he came, it got even worse.  Over the course of two weeks, they put three different prisoners in there.  One was in for murder, one for manslaughter and the last one… he was another failure of the system.  In for assault, but really, in for being poor and mentally ill.  I’ve heard Whitey speak about the lack of mental health services on the outside.  In five long years, he’s heard a lot about it all.

He watched it all for two weeks.  The men who were broken before they were even born.  He watched the way the guards treated them, the way they treated themselves.  His light cast down on the evidence of self-harm.  Self-hurt.  Pain.  We knew he was having a rough go when they took the second prisoner from the cell to segregation.  He wasn’t shining as brightly.  There was flickering.  There often is, at the end.  We tried to reach out but what could we do?  We weren’t the ones who had to see it, in there.

It was the last one that did him in.  Hung himself from the light fixture they said.  Watt’s meagre light shone onto that poor bastard for hours before they found him. I heard them take the body down, carry it out… watched as they cut the power to the cell until the next prisoner arrived to take his place.  Watt was dark for several days.  I’m sure those days seemed interminable to him.  They did to me.

We all sort of held our collective “breath,” and waited.

It wasn’t long before the next prisoner was escorted down the range to the cell at the end.  “Hit the lights!” the guard called to the command post.  That’s when it happened.  I think the surge at the end, coupled with what he’d been through, was all he could take.

They called Maintenance.  They brought a replacement.  Amp, I think his name is.  I haven’t reached out yet, but I will.  We’re all connected, see?  When one goes dim, we all do.  But then a new bulb comes and the cycle continues.  Some of us beam.  Some of us glow.  Others, they light up the whole room.  Still others, like Watt, are gone in a flash.

The shit we see in here, you know?

Chantel Sandbach's job is a prison, literally. She's a parole officer in a federal penitentiary by day, out of necessity, and a writer by night (and day, and on weekends and holidays and anytime the inspiration strikes her), also out of necessity; the soul-fulfilling kind of necessity. She still doesn't know what she really wants to write when she grows up, but has had her flash, fiction and creative non-fiction accepted for publication by The Flexible Persona, The Passed Note and The Same online literary journals.