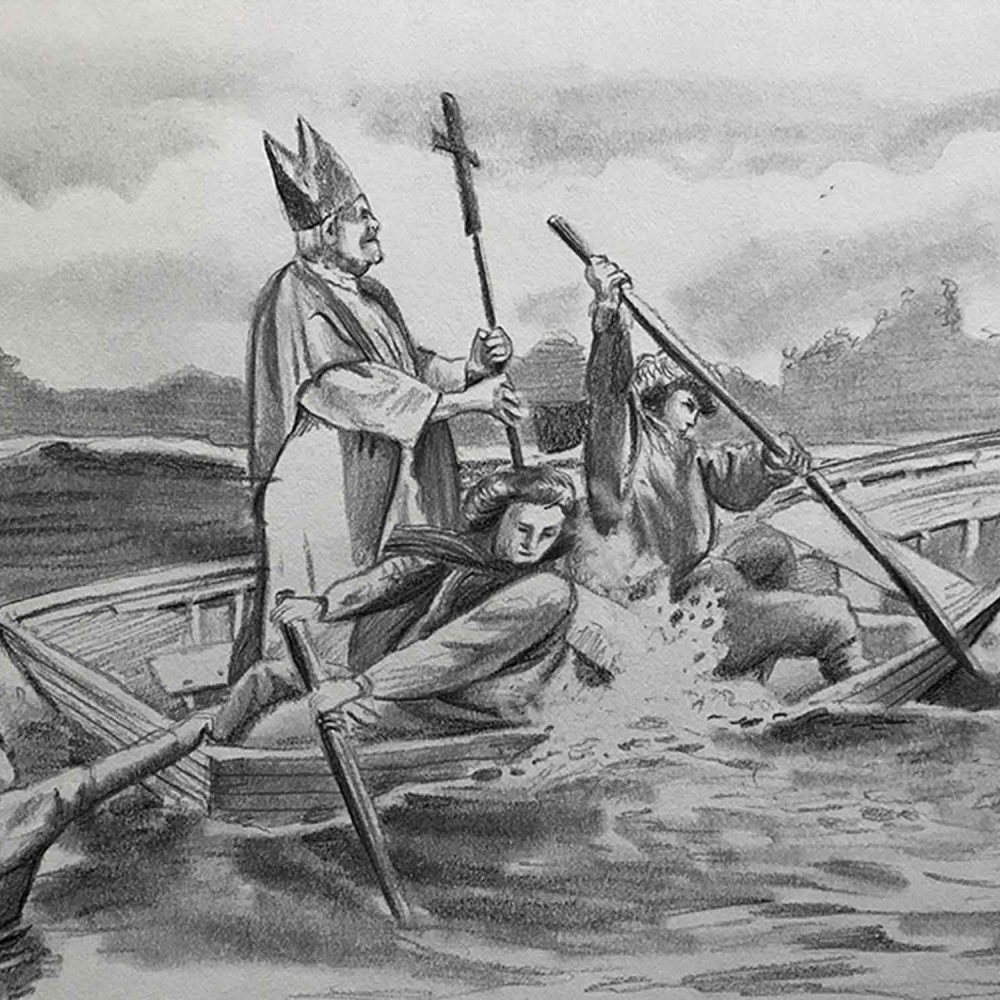 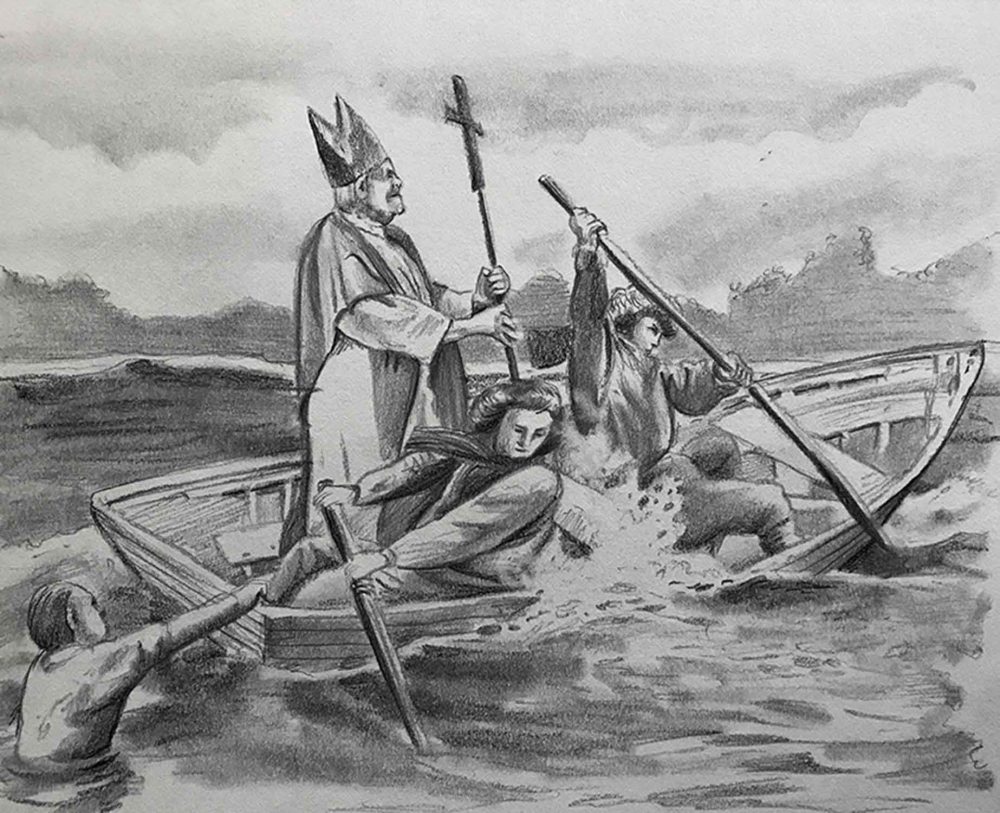 In the village of All Saints, snug in a pocket valley slashed in half by the River Empó, Carin Ostentes lit candles in the parish church in preparation for the Mass celebrating the Pentecost. The church was old, dating back to the wars of the colonial powers, the one that passed through this valley with regiments of the British in redcoats, Spaniards in white coats, and Portuguese in green. Later, this war passed to Argentines in powder blue, and Brazilians in green. Then, the British returned, sorted it all out, and though they were all Protestants, they allowed this church to be built.

Afterward, the bishop came from the coast in a carriage made of the finest oak, gilded with gold leaf. It belonged to the last Spanish governor, driven from his place in the provincial capital three times. There was no return after the final retreat, and so the bishop was given the resplendent gubernatorial carriage, drawn by a pair of mares to come to the village of All Saints to the new church, and give his blessing, and perform a dedication Mass.

Unfortunately, the carriage was unable to ford the river to cross to the side of the village where the church had been built, and too heavy to be safely transported by raft, so the bishop—a pious, honest man—attempted to cross the river by boat.

The boatman had a mishap with the steering oar, breaking it in two, he lost control of the boat, and it capsized.

In his heavy vestments, the bishop sank into the water. When his body was found, he had the expression of peace, and this humbled the villagers and British soldiers.

His body was carried to the church by the soldiers, and placed respectfully on the altar, where it laid for a day until transport was arraigned to return him to the city.

A week later, the priest assigned to the church finally arrived, to dedicate the first mass.

As Carin completed the candle lighting, she heard the first chords of a musical piece on the church organ. The valence of the seventh chords filled her heart with a warm glow, and inspired her to continue her mundane tasks.

She turned to look up. It was the new altar boy, one of the refugees from the north recently arrived, and taken in by the church to work assisting the priest and to help with the upkeep of the stone and cedar church.

Carin was mesmerized by the music, and of the boy, who was her age. Her piety meshed with the profane. He only spoke English, a language she knew from school, and they spoke in brief, broken sentences, integrating words and expressive hands.

He stopped playing and stood up from the organ. He smiled shyly and waved.

Carin looked and smiled, thinking: When I steal your heart, it is because someone said stupidity is conscious ignorance belied with a smile.

She moved on to the altar and smoothed the silken cloth as the boy began sweeping in the pews.