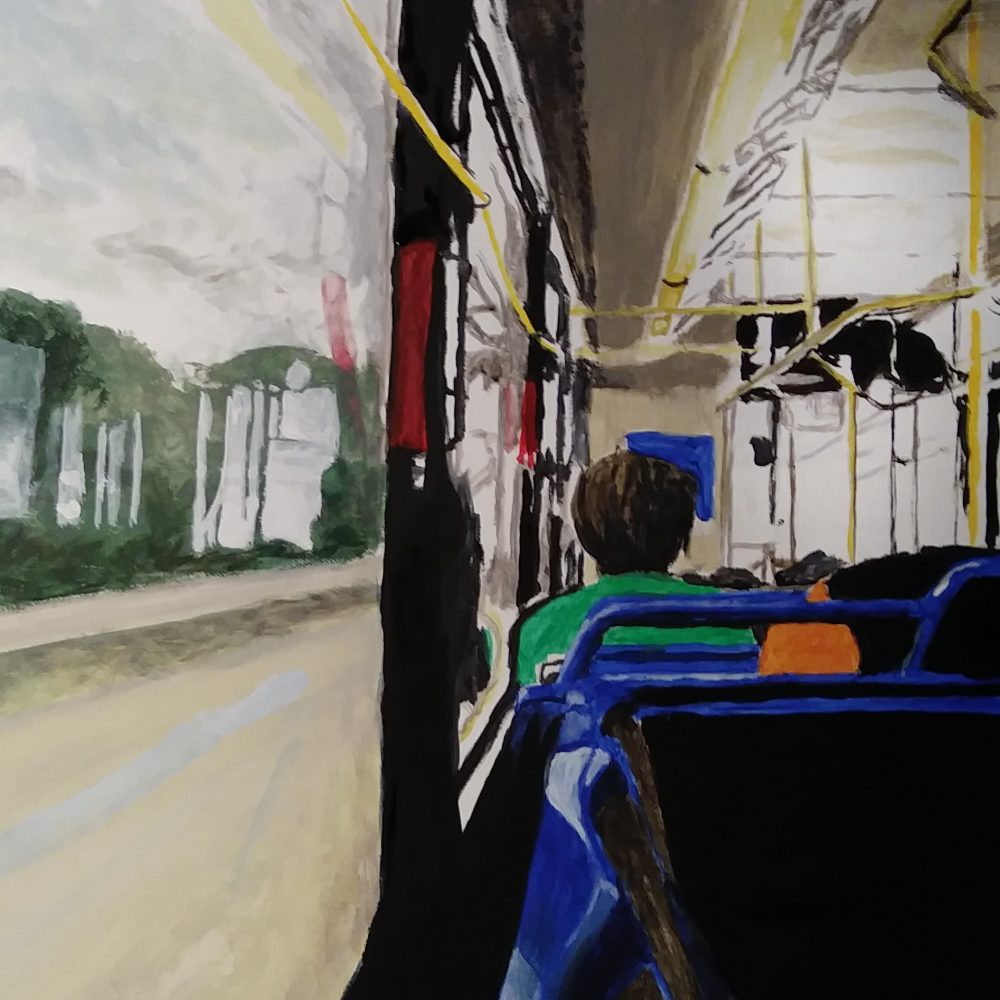 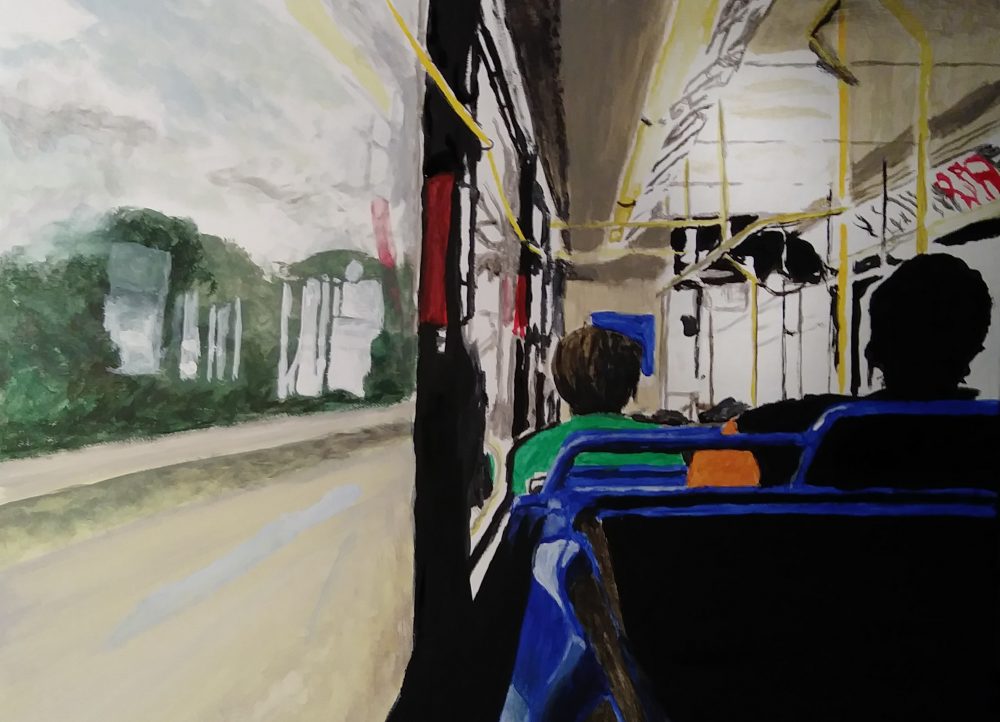 Some people talk all the time because they’re scared if they don’t they’ll disappear. Or something like that. Like this pregnant woman in the bus shelter talking to her sleeping kid in a pushchair, ‘Supermarket first, then chemist, then Nanny Fran’s. Or should we go to the supermarket on the way back? Can buy frozen then.’ Why doesn’t she talk in her head? Janie’s the same, always asking stuff like, ‘You think I’m pretty?’ or, ‘You think I’m a good person?’ or, ‘Why do you love me anyway?’ What do you say to shit like that?

Push earphones into ears. Look at ground so pregnant woman doesn’t talk to me.

Too late. Music’s not loud enough, ‘Beautiful day isn’t it?’ She laughs because it’s not a beautiful day at all.

Watch car go past on wet road. Take off glasses to check lenses.

Pregnant woman winces, holds her stomach, ‘That was a big one. Ouch. Your sister’s going to be a footballer.’

The bus stops with a loud hiss, its doors folding open. The pregnant woman moves the pushchair towards the bus just as two boys jump on before her. She tuts, says, ‘Manners.’

The boys laugh at her.

Boys show passes and make way to back of empty bus.

Pregnant woman sits near the front, next to a space for the pushchair.

Still hear one boy say, ‘Who the fuck threw one up her?

Other boy says, ‘Then did it a second time?’

I have this fantasy. I tell them: have some manners. And then one of them says: keep out of it. Then I say: be quiet or else. Other boy says: or else what? I’m brave like Clark Kent in Superman 2 after giving up his powers to be with Lois Lane. I have the same fantasy when I think about meeting Janie’s old man. Walking up to him and…

The one boy laughs, says, ‘Who the fuck filled your belly full of arms and legs love?’

Look out of window. Listen to silence between songs.

There’s two more stops before the boys move to the front of the bus, ready to get off. They stand next to the woman. Her eyes meet mine for an instant before she bows her head, her eyes narrowing, her shoulders hunched. She looks like Janie, the way she looks at me sometimes, like she wants me to tell her she’s real, tell her she hasn’t disappeared.

‘Slag,’ one boy says to the pregnant woman as he steps off.

The boys walk past my window. The taller one smiles, winks at me.

I nod, maybe smile, maybe sneer, can’t be sure.

One day I’ll walk up to Janie’s old man, push my glasses up on my nose like Clark Kent, and tell him.

Adam Lock wakes far too early in the morning to write before teaching English at a secondary school in the Black Country, UK. His stories have appeared, or will appear soon, in publications such as STORGY, Fictive Dream, Retreat West, Spelk, Ellipsis Zine, Literally Stories, Firefly Magazine, Occulum, Flash Fiction Magazine, The Green Light, Vending Machine Press, Fiction Pool, Occulum, and others. You can find links to his stories at adamlock.net. He's also active on Twitter @dazedcharacter.