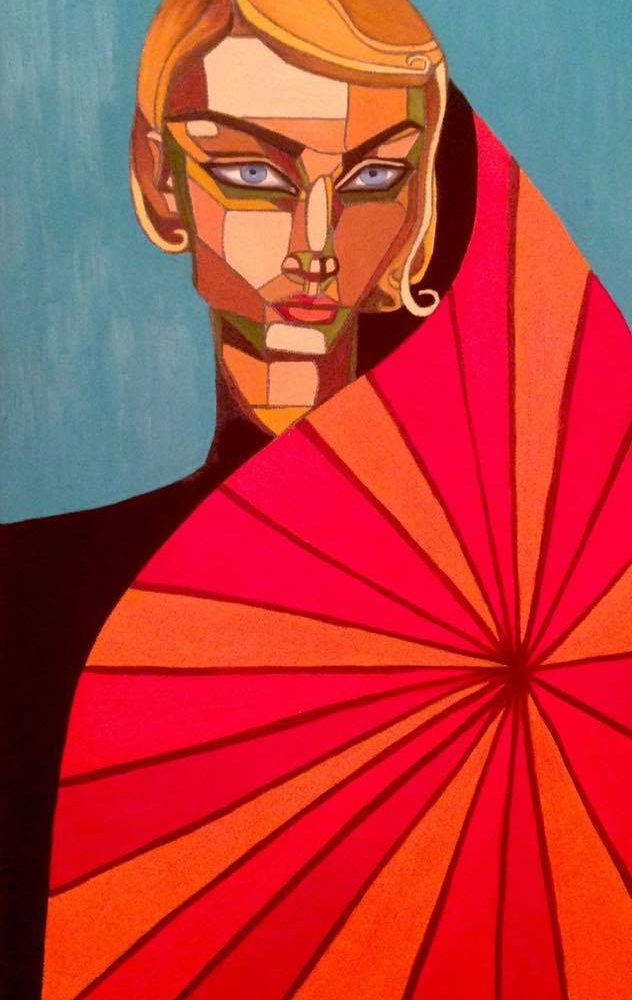 In a chair pretzel-legged, eating a box of Lo Mein with the eraser ends of two pencils, she said, “What do you mean this isn’t an appropriate thing for a woman to wear at work?”

A flustered HR rep, male, sighed a year’s worth of his life away and said, “Please explain to me the reason why you are dressed as Wonder Woman? Not to mention, your lunch break ended 10 minutes ago, so why are you sloping food all over my office?”

She chewed and formed an explanation in a bored tone, “I had 30 minutes to eat and on my way out I saw chaos and disaster so I tornado changed and saved the day, yadda yadda. Any who, I rescued Tasty Wok from robbers. No chopsticks, but they gave me so much free food and meat! You’re welcome.”

“Saving your life from the horrors, gasp, the terrors of this world.”

Stone-faced he said, “Do you understand why you are here?”

“What do I care,” she snorted and a carrot shot out of her mouth. “So what, you caught me. I’ve been here for… I don’t know, longer than requires justification, back when the world needed superheroes and camouflaged alter egos. Anyway, I’ll dust off my Hillary Clinton swag later. I will finish eating, change clothes, and everything will be fine. Calm down.”

She slurped a long noodle that smacked her in the nose with its tail and gleefully she dug around for more.

He stared at her, annoyed. He looked down at the rather large personnel file in front of him.  He was surprised to find such an annoyingly spotless record from the same person, for the better part of a century. This couldn’t be right.

“How could you possibly look this young and be as old as your paperwork says? Also, there’s no way you can transition from a WWI nurse to a 21st Century CIA operative,” he said.

“I’m a freaking Amazon. Nevertheless, I have fought longer and harder battles than you will ever know and it has nothing to do with crime and everything to do with being a woman,” she said pointedly.

He took in the red boots, the golden lasso, the starry blue panties, the “W” crested strapless held up by a prayer, the dark wavy hair, the tiara, and the wrist cuffs. She was insane.

“Look, you can’t possibly believe that you’re a superhero,” he said. “We haven’t heard anything about Cheetah or Doctor Psycho or the like in a while so why step into this persona now?”

She snorted and a long green scallion projectiled and slapped on a photo of his family, “Yeah, because being an intelligence agent who rose from the lowly dredges of a secretary makes so much more sense. And let’s just forget about my vigilante karate days.”

She stripped off her boots and stretched two long legs with ten crimson toes along the corner of his desk. She went back to eating in the least graceful way possible.

“So it’s been slow lately,” she said. “Sorry the Justice League kicked so many asses the greater part of the year. Maybe I didn’t ‘save the world’ in 20 minutes, but the bad guys were got, no cars were totaled, zero property was damaged, and the Chinese place is still delicious. I’m just so bored!”

She guzzled a few more bites as he attempted to interject, but she plowed past him.

“I don’t know what it is; it’s like all the fun bad guys took a nap and died or something, and okay fine, the invisible jet was a bit excessive. I had to break out the plane! I just had to, but then I couldn’t find the keys and my wonderbra business was slipping.”

“Look that’s not – it’s not important right now,” he stammered.

“Seriously, you can’t be a crime fighter with your junk popping out every time you pull a punch. Sure, divine powers from the gods, but what sick perv designed this…”

“Just cover up and be a damn professional for Christ’ sake,” he yelled. “Listen, Miss Prince, you as the highest ranking female have a responsibility to present yourself in an appropriate manner. Your consideration for UN ambassadorship in particular is in jeopardy and I don’t care what you do during your lunch break or about your delusions of grandeur. You look like a patriotic streetwalker and the employee handbook clearly states…”

He cowered in the wake of her glowing, doom inspiring rage. She stood taller than necessary, fists balled, crumpling her takeout box with a few snail oozing noodles splat on the floor. The grace and power of the Amazon blazed.

From this smaller version of himself he continued, “Mmmm…. Look, you are not a superhero. You are not Wonder Woman just because you have the same underwear. You are very sick and unreliable for field duty.”

Diana pulled her golden lasso from her side, eyes sharp as blades. He continued, “Here are some forms you should fill out for Psych Evaluation and mandatory leave of absence.” He fumbled with a locked drawer as the shining golden loop flew over his head and pulled taut. He felt calm and stupid, resigned.

“I have done much for women in the past seventy-five years. It shouldn’t matter how I dress,” she said. “You’ve been reading my files. How convenient for you, they’re all over your desk. Tell me the truth you won’t admit. What are the dates of my last PTO?”

A ghostly voice escaped his lips. Diana walked around the desk to his computer and made him look up corroborating articles detailing the capture of various villains.

With the lasso back at her side, she went around the desk again; propped up on the corner again, pencil deep in a new container of fried rice, and said, “Before you say anything else that glass ceiling bullshit is my plane and I’ll move it later.”

Whitney Hamrick is a three-time Best of There Will Be Words recipient and has contributed to the Litlando community since 2011. She was born without K-9 teeth and will never be a proper vampire or werewolf. She also grew up 100 yards from a Timacuan burial mound and nothing cool happen. Thus, she believes in nothing. Her work can be seen in The Drunken Odyssey, Ghost Parachute, and There Will Be Words video archives. Follow her on twitter via @karmafishwrap.

Karen Russell was born on a Friday. She has ten fingers and ten toes. She is a lover of color. She works with oils and focuses on portraiture. She currently resides on Nantucket Island, a hermit haven.