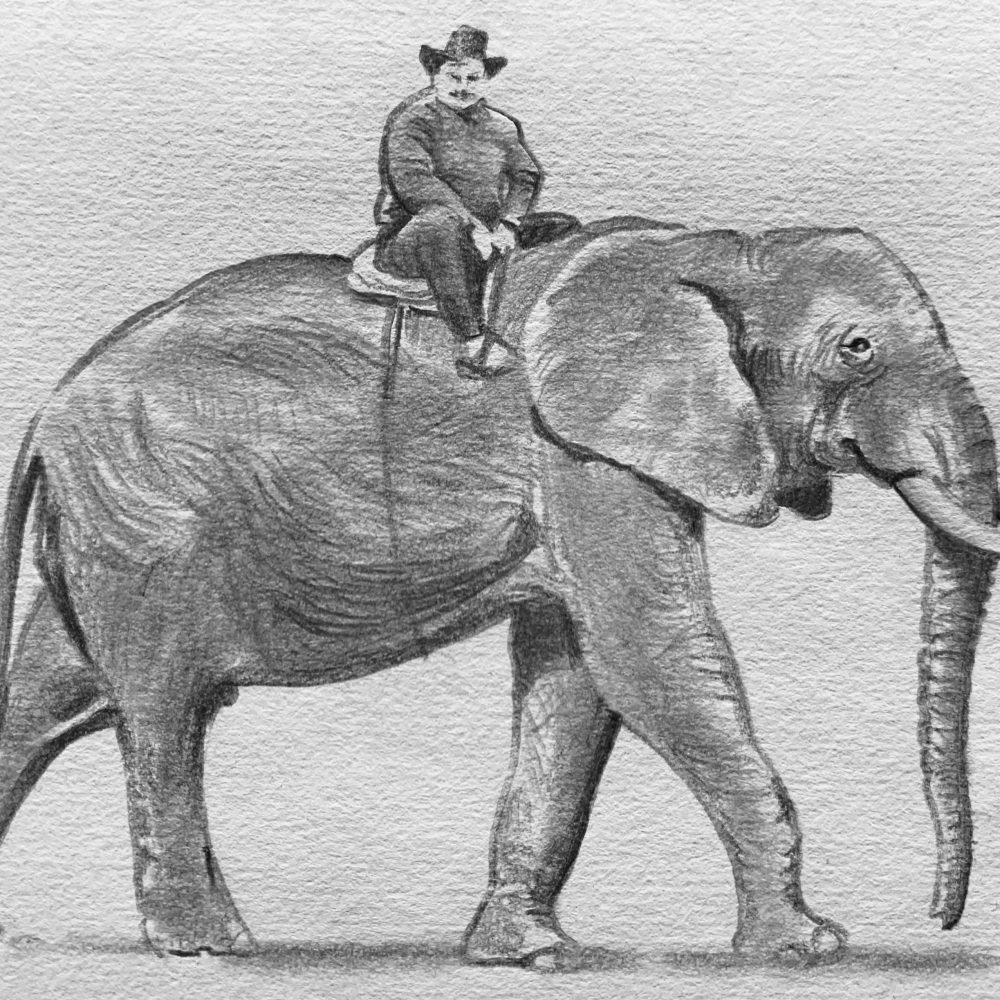 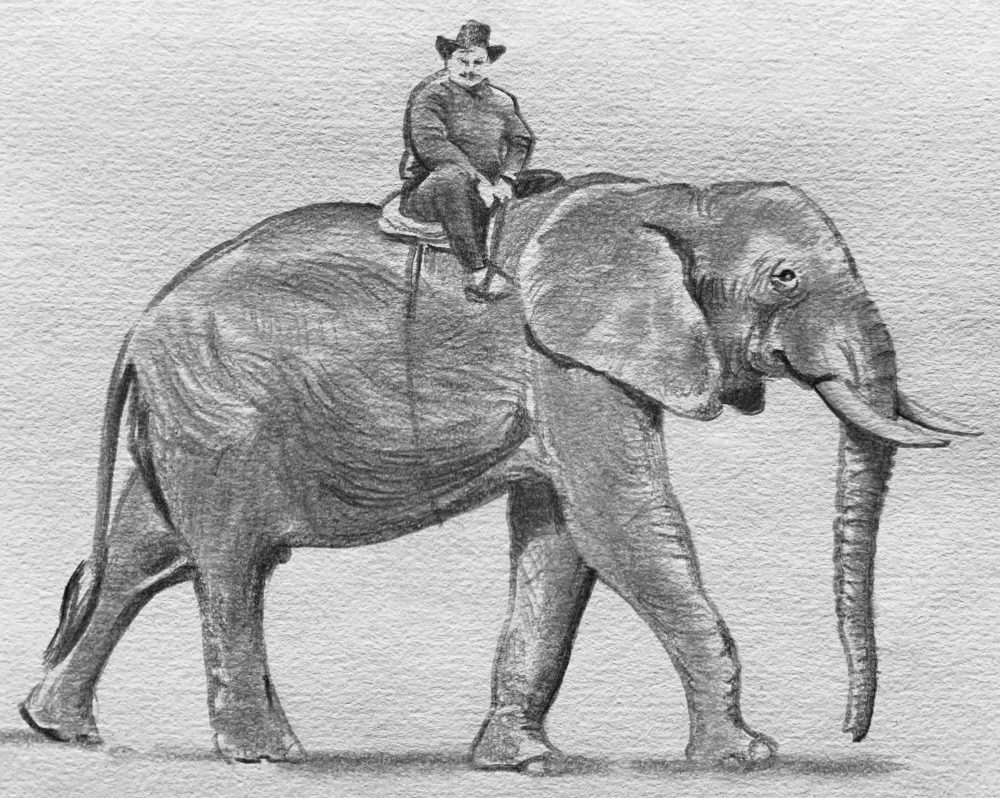 Elephants are majestic when left to themselves to act and move like elephants, but put an undersized saddle on one with a fat, middle age man on top, and then feed the elephant vodka-soaked hay and that elegance shatters like a Ming vase in the Lamprey Room. The poor rider has to decide whether or not to be split in half while negotiating the teetering saddle, probably rendered impotent for life, or shimmy up to the elephant’s neck and grab an ear in each hand and hold on for wretched life as the elephant shambles over gutters and loses its sense of direction and purpose. Vomit erupts from its mouth, coating tusks with its own foulness, and some mess clogs the trunk, which the elephant turns into bullets of puke. How pungent is this madness, as your nephew takes Polaroids of the pachyderm’s ambulation off the dirt track at the county fair, meandering towards the midway concessions, yanking funnel cakes off of the irons and jamming them down the gullet, then corn dogs sticks and all, then as much rainbow cotton candy as can be trapped with its trunk, and then the beast with the poor idiot atop its neck goes to the sideshow, and kneels down to squeeze, passenger and all, inside the tent, and the rider doesn’t complain, because this is really more than what he paid for when he bought his ticket for an elephant ride, and now he has made a friend, prepared to see the unimaginable in the land of the ill-advised.

John King is the host of The Drunken Odyssey: A Podcast About the Writing Life. His novel, Guy Psycho and the Ziggurat of Shame, was published by Beating Windward Press. His work has also appeared in Gargoyle, Turnrow, The Newer York, and elsewhere.