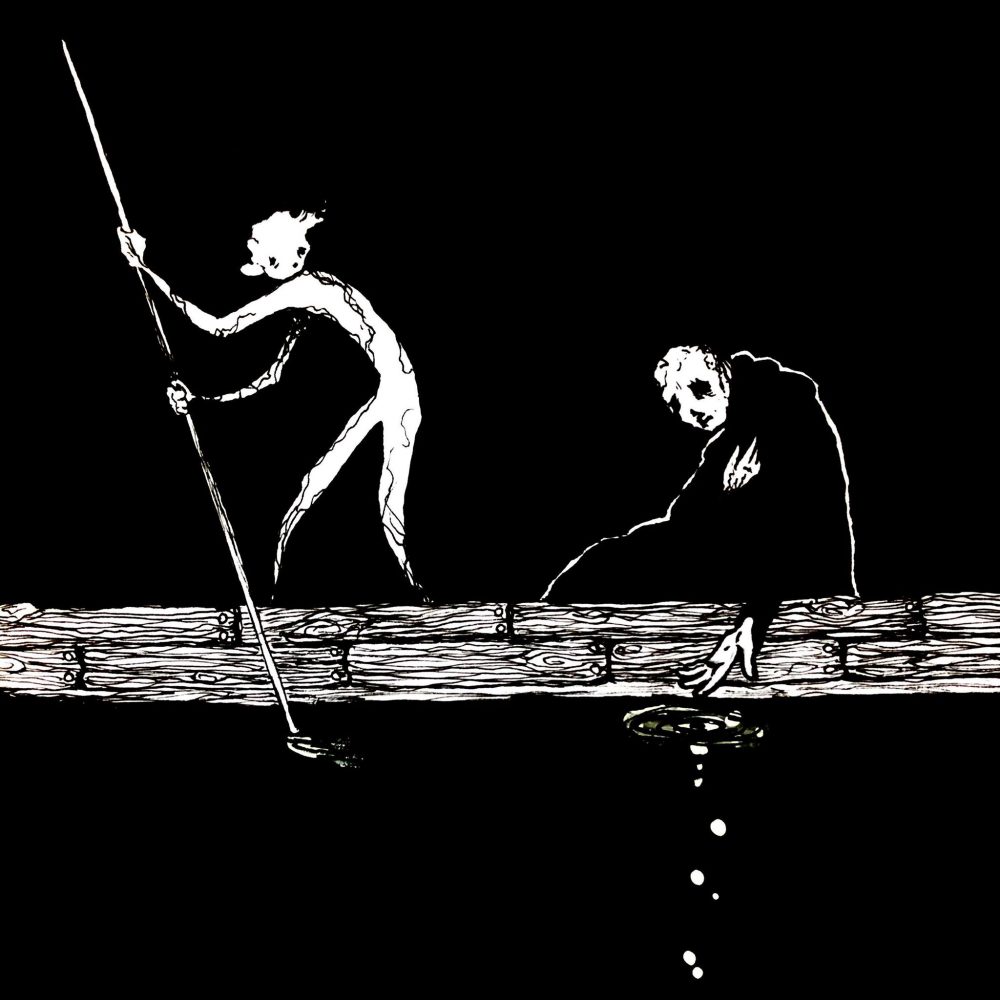 I’m in the boat, a small two-seat wooden affair without oars but one long pole, and I’m leaving for the opposite shore when I hear a whistle. People who whistle for the attention of others are almost always terrible, and I know I should push down into the mucky bottom and be done for the night. It’s late and nothing good ever happens after midnight, as my mother would say, but it’s only one person and I’m heading for the other side, for home, anyway.

I turn around and wait as the person clumsily climbs into the boat, shaking it from side to side. I’m standing and I almost rock it a bit harder to see if the person will topple into the water. I don’t do it. Restraint is the better part of valor, as my mother would say.

It’s my father. He has a long cloak on that he’s rummaging around in awkwardly. He flips a couple of coins in my direction that clatter on the bottom of the boat, the sound echoing out across the river. I turn and begin pushing us toward home without saying anything.

I hear a soft, wet sound. My father is holding something and quietly weeping. I can’t make out what’s in his hands, but he shifts and it lolls like a dead thing.

Tough night? I ask, trying to deepen my voice to an unrecognizable basso. I’m not quite sure why I do this, perhaps for the same reason I didn’t announce myself when I recognized him. Something in me says that he is up to no good. Plus, I don’t want him to know I’ve been ferrying people across the river at night. My father is nothing if not protective. I don’t want to defend my choices, but maybe I want him to defend his own, whatever they are.

He cradles the dead thing with one arm and pulls out an old cream-colored handkerchief, wipes his eyes and nose. He laughs a dark laugh, a sound I’ve never heard from him before. You could say that. But then, that would be correct on almost any night in this town. As we draw nearer to the far shore, the pine trees shift from a dark wall to individual stark shapes, a different texture of black against the night sky.

Most nights are tough nights? It almost sounds like an aphorism, something my mother would say, but there’s something about the way he said it, a weariness to his tone that made it ring true. I wonder what he’s up to at night, who this person is who sneaks out and returns crying over small dead things. All he’s ever been before is my father, steadfast if quiet, a bit boring really. The kind of father you don’t realize is good until you meet other fathers. Now, I think back through my sixteen years and find hundreds of moments to question his behavior.

So do you cross the river often? I ask. Even as I say it, it sounds like a bad pickup line, something I never thought I would mutter to my father.

Not often enough, he says. He kisses whatever it is he is holding and lets it slide gently into the water. It drops without a sound, without anyone but the two of us to see.

We coast the rest of the way in and even though I’ve landed this boat dozens of times the shore is jarring. I hop out and drag the boat all the way up onto the beach. My father steps past me. I plan to wait a while before sneaking home, give him some time to get there and get in bed, if he even heads home, and I realize how little I know of him, maybe all the people in my life.

My father stops and turns. Come now, Son. Your mother can never sleep when we both are out at night.

It takes me several moments before I can collect myself enough to follow him into the trees.