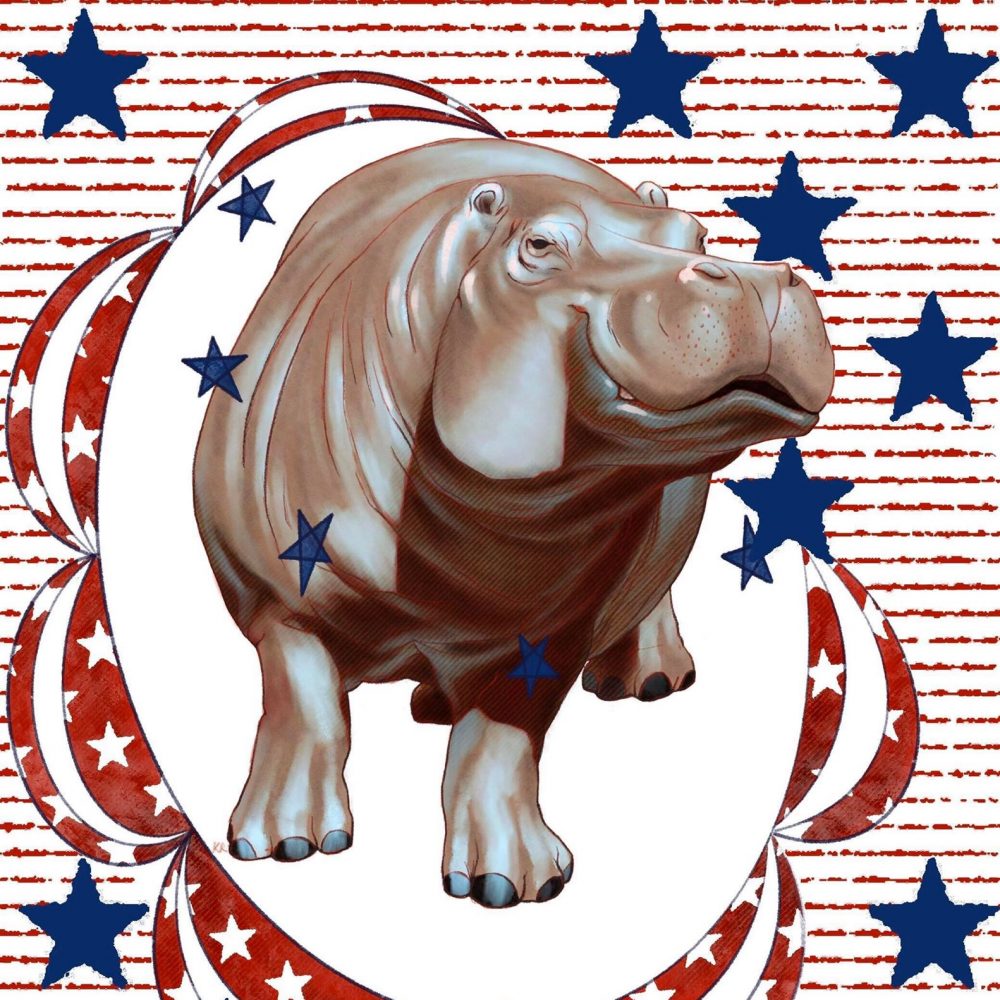 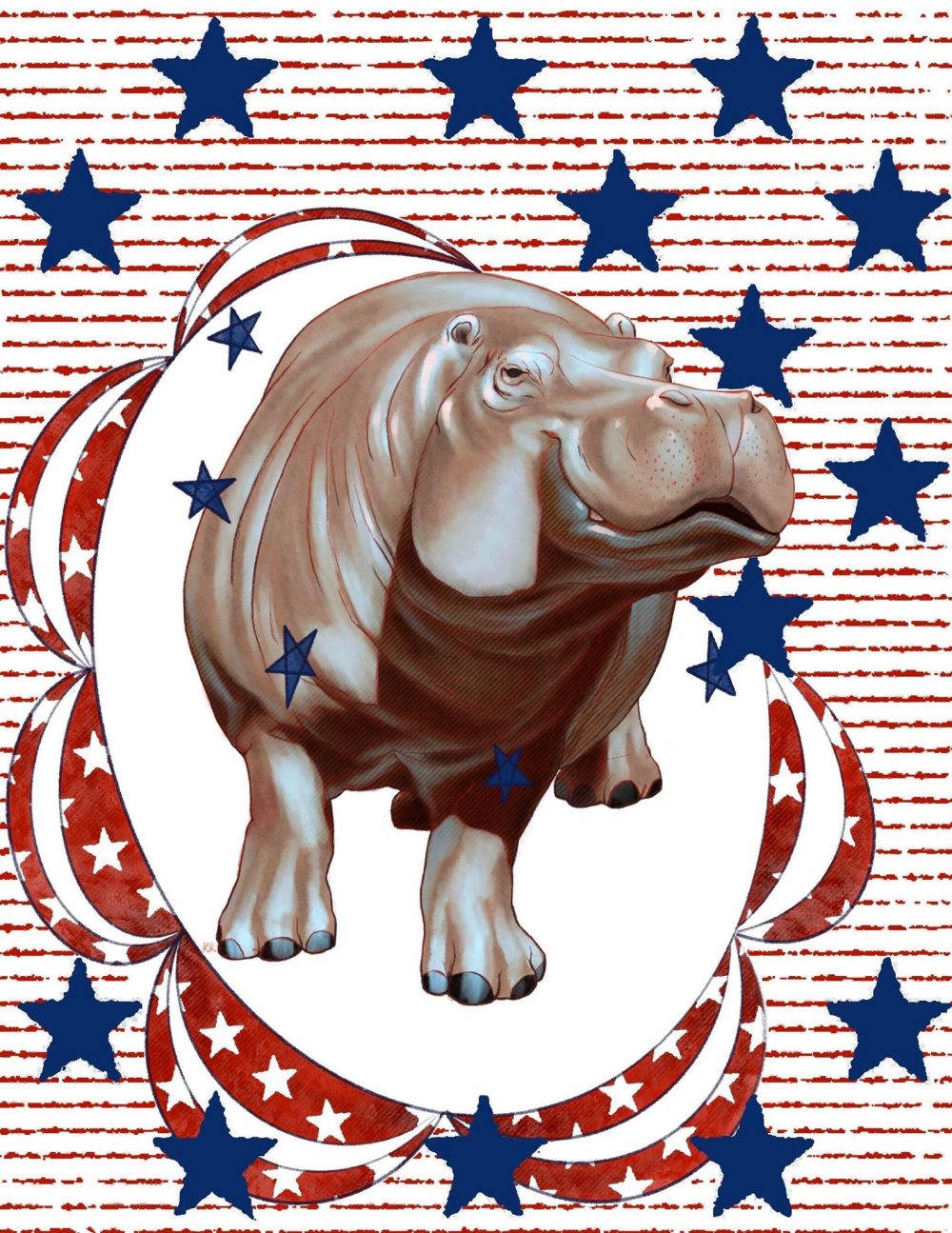 For eleven years before it all went belly up, I worked at the American Patriot World reality park over in Middleton. For the last seven years, I was also the manager of the schoolbook depository at our second-most popular attraction, the Grassy Knoll Gun Range. We rented out rifles for any Freedom Lovers or Militiamen who did not bring their own. Some would complain about the eight Liberty Bucks each .22 caliber bullet cost, but all I had to do was point to the sign above the gun closet that read: FREEDOM ISN’T FREE.

For a guy who started out taking tickets for the Stars and Stripes Forever Boat Tour over at the mini Great Lakes, the fact that, just a few years later, I ambled around the American Heartland with a vintage Colt .45 revolver in a side holster garnered me a certain amount of respect. Single mothers who came to the park would even occasionally ask me to stand in for their fallen men once a month on Family Values Daguerreotype Day.

I couldn’t take my lunch break at the Independence Day Buffet without getting mobbed. This is where I could usually find my son, Luke, when he would come to visit, stealing away with boxes of bear claws, cakes, and doughnuts to feed old Betsy Ross. Luke was a chubby, inferior sort of kid who still cried when he talked to his mother on the phone and found it impossible to hold eye contact with an adult.

When I’d catch him with an armful of sweets, he knew he was in for it. I’d slap the box out of his hands, and I’d tell him, “What did they tell you about feeding her this crap?”

He’d offer up some excuse—“But she loves when I give her desserts.”

“She won’t eat her natural diet no more. And next time you get caught, you’re going to get yourself banned from the park.”

A father’s duty is to make a man of his son. Whenever investors came to take the tour, I was given the power—the honor, really—to offer them special access to some of the attractions. On the 4th of July that year, I made Luke tag along on the grand finale, which was to let the investors shoot at our motorized half-sized replica of Kennedy’s motorcade. “The only real question,” I’d said to the group, “is whether you gentlemen prefer the sixth floor of the book depository or the fence on the other side of the grassy knoll.” I gave the boys a “watch this” wink and handed Luke the rifle.

With surprise, Luke tried to hand the gun back to me. He sniveled.

“Just take the shot.” I looked him dead in the eyes. “Time to show me what you’re made of.” Then so the others could hear: “Everyone’s watching, son.”

Luke raised the rifle and trained it unsteadily on the motorcade. BLAM. BLAM. BLAM. Missed. It was like he couldn’t shoot the floor if the earth was rotating. I had the boys circle the motorcade around again and stop the procession. Luke blubbered to himself, his eyes filling with tears, the barrel of the gun dancing in front of him… And then a certifiable miracle happened. BLAM-O. The Kennedy doll’s head exploded clean off. Fake blood spattered everywhere. Pride swelled in me.

The investors cackled at the spectacle. But it wasn’t Luke. It was one of the investors who had snuck around to the knoll. He yelled, “I’m C.I.A.!” Luke dropped the rifle and ran off.

When we got down to the Zapruter Photo Shoppe, our Jack Ruby impersonator approached the VIPs and whipped out a donation pledge contract instead of a gun. Did they ever get a kick out of that.

Jack leaned in. “Better get up to the entrance, Wyatt.”

Luke’s favorite attraction in the park was a hippopotamus that lived in a bog just in front of the Constitutional Congress Bar-B-Q Pit. Long before it became a theme park, this place was a private zoo. Zebras, monkeys, panthers, the whole deal. Most of the animals had been sold off. But this decrepit hippo survived in a small pond, mostly because no one could figure out how to get her out without losing an arm. Someone came up with the bright idea of stapling a revolutionary flag over the zoo’s old signage and putting up a new sign proclaiming the old girl “Betsy Ross, Defender of American Values.”

When I got up to Betsy’s pen, I found a crowd of people videotaping, snapping photos, and waving tiny American flags. As the crowd jostled, I could just catch glimpses of a boy inside the fence of Betsy’s enclosure, tossing something from a big bag into the water. The giant hippo bubbled up with a great snort, her gigantic pink mouth agape, her jagged ochre tusks snapping shut with each catch.

“He’s feeding the hippo cupcakes with the stars and stripes icing!” a woman yelled.

“This is the most patriotic thing I’ve ever seen,” a man said.

Pushing through the crowd, I could just make out Luke pitching cupcake after cupcake. Dozens of them. Betsy lumbered out of the muddy water and hulked toward him. Her engorged belly sagged so low it just about scraped the ground.

Luke held out the last cupcake and drew her out further. He backed as far as he could go against the fence.

With her inches away, Luke held his hand steady and dropped the cupcake into her gullet. The beast swallowed. Luke reached out and rested his palm on her snout. She huffed and then seemed to calm. In the triumph of that moment, my boy had tamed the beast.

With a start, Old Betsy reared back several feet, moved with a great whine toward my boy, and cracked open her immense mouth—the inside streaked red, white, and blue.

An award-winning writer and filmmaker, Ryan Little’s credits include writing for Sony Music, scripting a behind-the-scenes music documentary for the film Letters to God, acting as fiction and nonfiction editor for the literary journals Saw Palm and em: A Review of Text and Image. Ryan has also published fiction, creative nonfiction, articles on culture, and an interview with author Janet Burroway. He received his BA in Motion Picture Technology from the University of Central Florida and an MFA in Creative Writing from the University of South Florida.