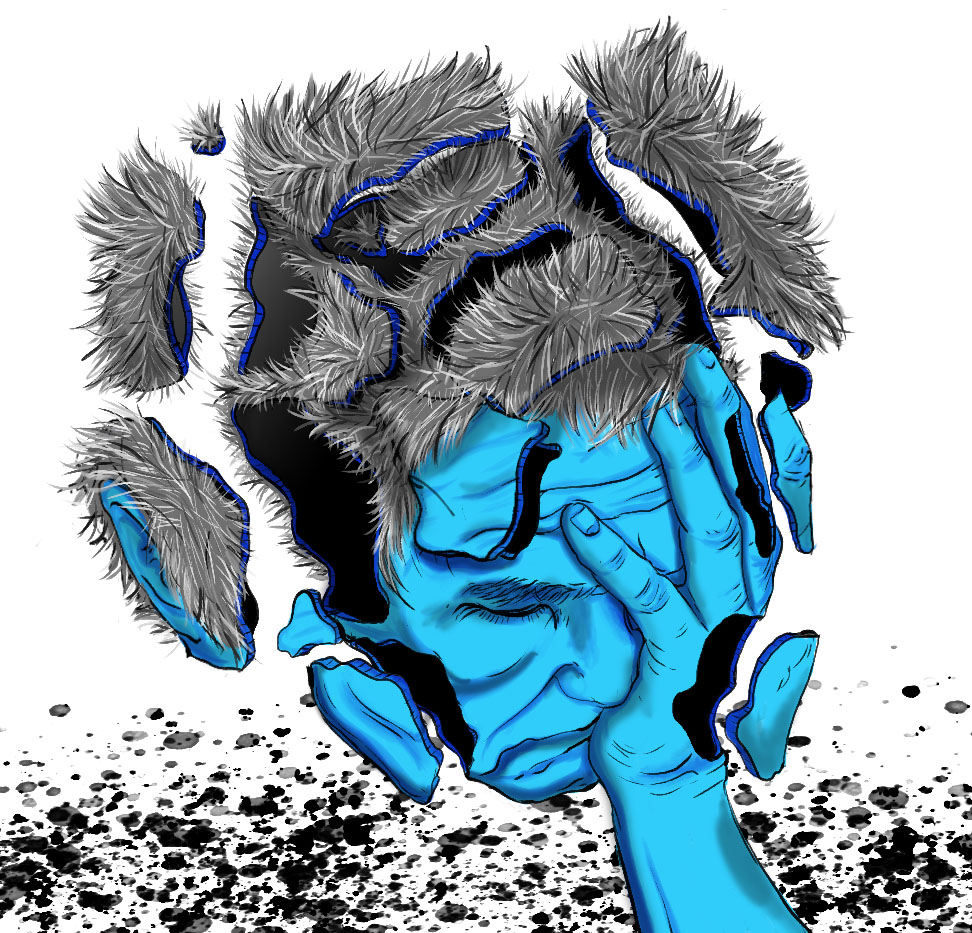 The Brand Ambassador stares into the toilet bowl—the familiar third-stall-from-the-right toilet bowl. Her knees throb mercilessly on the cold tile. Body trembling, she counts down from ten. Then in one deft, practiced motion, she presses her index finger to the back of her throat.

Bile rains down in a Biblical deluge. Between expulsions, she makes a solemn vow: she’ll never let another drop of that agave-and-smoked-oak abomination touch her tongue. No matter the cost, she’ll claw her way out of this hellish fever dream.

Outside, the bassline pulses like the libido of some insatiable beast. As she tops off her handiwork with a stringy loogie, she knows she’s deluding herself. She counts the red flecks of esophagus peppering the yellowy bile, well aware she has nowhere else to go.

They applaud her as she steps back up to the bar. Throat still raw, she musters: “Another round of Sangre del Rey, por favor!”

Brand Pillar 2: Check Your Name and Inhibitions at the Door.

Again, with the Mayans. The Brand Ambassador throws back the rest of her tequila.

“And it makes you wonder… what were they hiding?”

“Did they discover something within themselves so grisly, so warped, so terrifying, they had to keep it, at all times, concealed behind a jade-and-obsidian façade?”

Now that she thinks about it, her Contacts list is almost entirely composed of these half-lucid-3-am epithets: “Bad Bangs,” “Fish Lips,” “Beer Snob,” “One-upper”…

“Something they, even in death, dared not reveal to the world?’

Between halfhearted head nods and “uh-huh”s, a great, tolling revelation washes over The Brand Ambassador: Mole Chick is her best friend.

Brand Pillar 3: Your Anecdotes Are Aphrodisiacs

“My girlfriends and I crept over his fence just after midnight. We could hear only the rustle of the palm leaves, as we dipped our toes into his crisp, blue pool,” The Brand Ambassador lowers her voice to an alluring whisper. “We each had a few shots of Sangre del Rey in us and, before long…” she bites her lower lip, “we stripped off our bikinis…”

“I never told anyone this but, there was this… excitement… rushing through me as I watched their bodies flex and glisten in the moonlight…”

A spark of hunger alights in the men’s eyes.

“While the others were busy rolling a joint, Florencia eased me up against one of the water jets…”

The Brand Ambassador recalls the unembellished version. The one in which her over-saturated tampon incited a chorus of nasty cackles that haunted her to this day.

“What happened next?” The men, like mongrels, beg for another scrap.

“She ran her fingers up my thigh…”

The man on the left places an unsolicited arm around The Brand Ambassador’s shoulder. “So, where you from, mamacita?” His breath reeks of sauerkraut.

“God, I love that accent,” he adjusts the crotch of his jeans. “Can you say carnitas? And roll the ‘r’?”

The Brand Ambassador clenches her glass until her knuckles ache. Why must she always be the dancing monkey for white men? Why was she cursed with this skin tone—just dark enough to be appear exotic, but not so dark as to appear threatening?

Through grit teeth, she spits, “Carrrrnitas.”

Brand Pillar 5: Every Beach Is a Nude Beach

“I used to think of my persona as a skimpy bikini—something I could easily strip off after working hours concluded,” the Brand Ambassador pencils in her left eyebrow. “But then it came alive. Like a parasite, it hijacked my central nervous system… I stand before you as a passenger—an unwilling participant in its dark bidding…” Her hand slips, perverting the angle of her eyebrow. Now, it slants sharply downward, angry and villainous. “At first, I wanted more than anything to tear it off. But I’m starting to wonder… If I do that, what’ll be left?” Frantically, she rips off a quarter reem of paper towels and blots the eyebrow. “Deep down, I know it’s already sucked me dry. I’m just a husk of the person I once was.” She lowers the paper towels to reveal a vile, sickle-shaped smudge. “Do you want to know my name? My real fucking name?”

“Listen, girl—do you wanna do this line or not?”

Brand Pillar 6: Royalty Is a State of Mind

“My name is Cecilia!” The Brand Ambassador staggers through the horde of silhouettes on the dance floor. None of them acknowledge her. “C-E-C-I-L-I-A!” She takes a long, stinging pull of Sangre del Rey, straight from the bottle. “And I don’t even like tequila!” She chucks the bottle on the floor. Glass shards explode through the club like shrapnel, gleaming in the maniacal strobes. The red crown logo lies fractured on the floor.

Across the room, she spots an unmistakable silhouette. Eyes stinging with tears, she pushes through the sweaty bodies. She remembers the night she watched him, splayed out on that table like an animal carcass. The astonished whispers of the doctors as they stared into the incision on the upper right section of his abdomen. The robotic crane they enlisted to haul off that swollen black mass of flesh. The ghostly pallor of his face. The offbeat chirping of the cardiac monitor. His vice-like grip on her wrist as he made her promise to sprint in the opposite direction of his proverbial footsteps. The nonchalance he forced into his voice, as he made a request that flew in the face of every last vestige of medical advice he’d received in the past 48 hours: “Now, be a good girl and grab your old man a beer.”

The bassline picks up speed, throbbing like an adrenaline-junkie heartbeat.

“Daddy?” She places a hand on his shoulder.

“Oh, you’re a kinky one,” the man turns to reveal a grotesque, alien face.

Derek Andersen is an Illinois Wesleyan alum, working as a copywriter in Chicago. His poetry has appeared on WinningWriters.com.