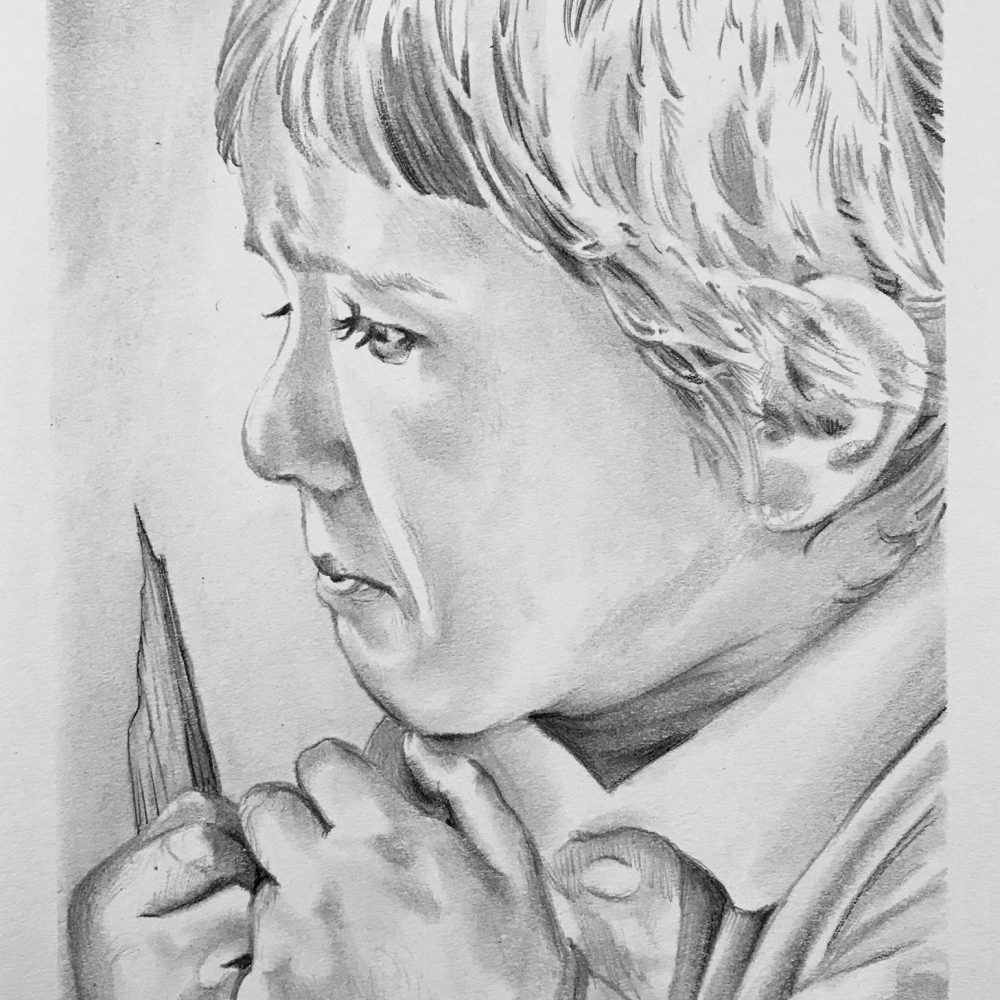 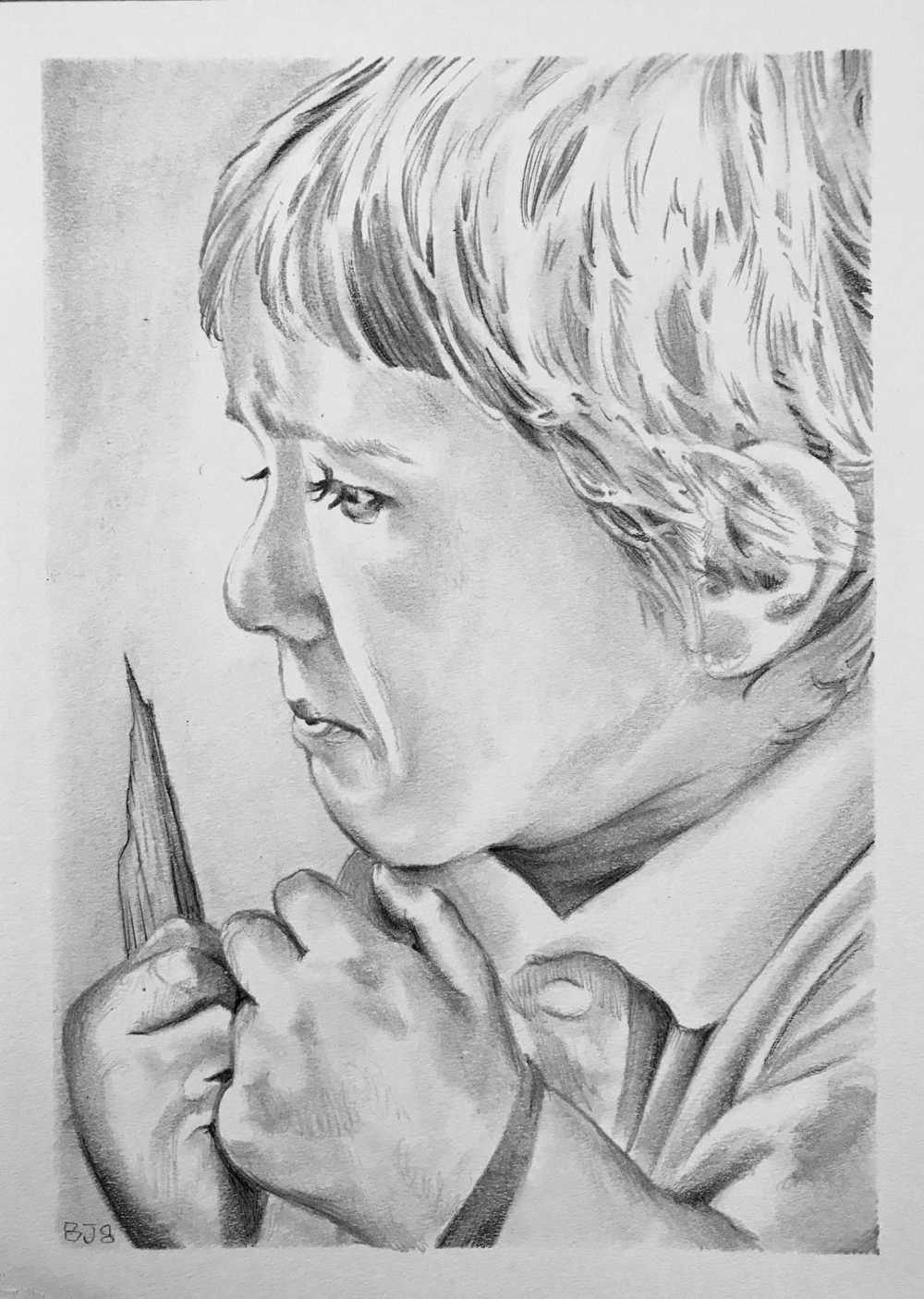 When the boy wakes up in the morning, the witch is there, watching him. Her shadow is gunmetal black in the doorframe. She is mossy and putrid, the color of something rotten.

“I bet there’s poison in it,” the boy says, staying under the covers, safe in his cave. It’s the perfect place for a hideout, dark and inviting. But he must face the light, because he is the Hero of this story.

The boy ventures out of his cave and sees the witch now brewing something in her pot, black and bitter smelling. A bowl waits for him on the table. He wishes he had a sidekick to taste the bowl for him to make sure it is safe. Someone to stand up next to him around all these witches and zombies and killers.

Especially the killers. There’s one that’s been watching him all year with a murderous stare. He sees the killer later that morning, as he sits in his prison cell and the killer paces around the front of the room, hands clasped behind him, his weapon hiding in his back pocket. The killer looks down at the room of children with a dark gaze, and when he speaks his voice is deep and droning.

“Where’s your homework?” the killer asks, stopping in front of him. The boy doesn’t say anything and the killer leans in, the smell of death on his breath. The boy can’t look him in the eyes; he knows he will be a goner if he does.

Then the killer is on to his next victim. The boy’s heart beats faster as the killer stops at her desk, the pale girl with the braid. He must save her. He must warn her that she’s in great danger.

The boy knows he and the girl are not safe until the middle of the day, when he can watch her from his spot in the mulch, under the fortress, feet pounding above his head. They stomp up and down because they know he is under there. They are trying to lure him out. He ignores them and watches the pale girl with the braid kick up her legs as she swings. Does she know that she doesn’t have much time left? That every breath is one closer to her last?

He fumbles around in the reddish mulch and finds his one long, sharp piece of mulch, the one he whittled down on the hard metal edge of a support beam. He clutches it in his fist like a stake, like he’s about to drive it into a heart. He always keeps it buried in the same spot in the dirt, always clutches it too tightly in his palm, leaving blisters.

He thinks about stealing something useful from the witch that he can bring with him tomorrow to keep the killer at bay. A secret brew, or a spell, maybe. She’s always saying these strings of words under her breath, words that the boy doesn’t know. He remembers the potion that she used to drink with the zombies, almost every night, until the poison killed and rotted their insides, until the zombies stopped showing up. Maybe he can feed that potion to the serial killer, give him a little each day. He must think of something. He is the Hero, after all. Witches and zombies and serial killers will not defeat him. He will watch the way the sun glints off the pale girl’s braid and think of brightness and weightlessness, and know that one day his moment will come, when he will save her from the killers and witches; until then he is all thudding heartbeats and white knuckles and razor-sharp spite.

Rachel Kolman is a freelance writer, editor, and teacher in Orlando, FL. She teaches English Composition at Valencia College and grades SAT essays for ETS. She also sometimes shares too much personal information with Internet strangers. She's getting better at that. When not writing or grading, Rachel likes to beat her friends in Mario Kart and try new Ramen recipes.