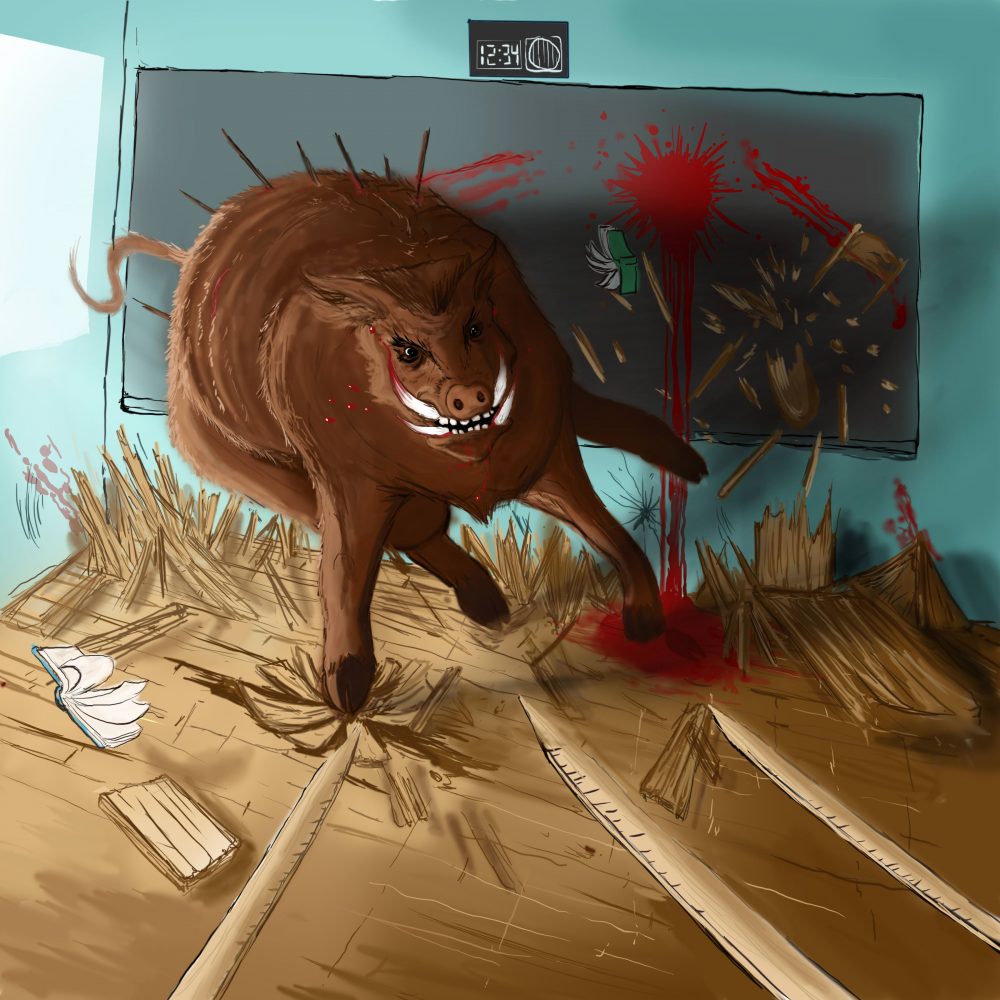 The substitute teacher was an old war hog bristling with spears struck by fingers now bone and buried. On the board was writ Mr. Chaika in a quick cursive and the room was a foliage of desks and chairs chopped by tusks. This was unmistakable pig sign. The hog growled as students entered (cautious and sniffing rudely at the stench), and then attacked, churning chairs into charwood, perforating a student’s backpack, lifting the boy into the air until with a shake of its head it threw the boy into a desk (now driftwood). The others circled the snorting substitute, dividing its attention with fidget spinners. They were at a disadvantage stepping over bodies from the previous class. Several times, the hog pawed lined paper and ritz crumbs, eyes stained red-root, hairline sharp as broken glass, a tusk chipped (its point in an assistant principal’s ass now covered by a silver scar). Once the hog had choked on a filing cabinet, giving its throat a gurgle and a red saliva. Once a spear pierced its lungs—the pink gum long-healed over the ancient wood. The class clown sharpened a yardstick. The valedictorian pointed a remote at the ceiling. The ceiling projector spat light into its eyes. The class clown, proving his head in times of trouble, brought the yardstick on its rump with a smack—sending the substitute charging from the room. All was quiet except the clack of hooves on tile.

Desmond White lives in Houston, Texas, with his wife, Julie, and the two thousand stray cats that she feeds by the door every night.