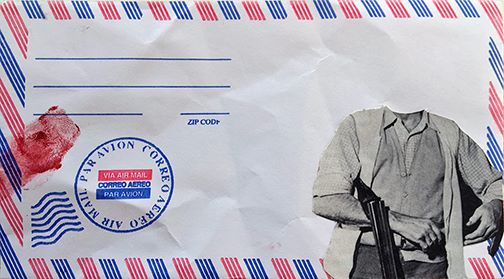 The crunkest eves flow out of the fabric of Never, the undulant dried paint on the ceiling of God’s dreaming, inverted, converted into a plane for mortal aspirations, where ghostly beasts merge and flare into rarest life.

The fair cruelty of her paleness. She wore a lot of make-up, dark gray eyeshadow, which seemed to drift along her excitable temples, severed by scarlet bangs. When she spoke with emotion, her jaw skewed out, making one think of a gypsy woman in spite of her youth, and her pointed teeth, in that conversational grimace, suggested the re-living of dormant pains, a chronic wincing that made the man feel a shocking degree of both empathy and sexual longing.

They sat on a Turkish sofa in a bar in New York City. It was three o’clock in the morning. She fidgeted with the strap of her shoe, a strip of shiny, black leather curving over her ankle, and he imagined for an instant the prospect of her nakedness—spike heels uplifted off those purple cushions. She smiled at him, her darkly painted lips glistening innocently in the half-light. The man was trying to persuade himself that he was not too old, that he could afford to wait for a month—a year—to pass before seeking her again, like this, in a revelatory mood.

She was talking about her undergraduate years: “It was all so fucking bourgeoisie and trite, you know? I mean, they weren’t terrible people, but they just had to be so—douchey.”

“I can well imagine,” he said.

He looked disheveled, his brown suit creased from slouching. When he looked down at all, his throat swelled froglike in a double chin. Sweat oozed across his gray hair. The skin around his eyes dragged. She had never seen anyone look so tired. And yet.

Last call. The street drizzled mist. The pair hastened to the 8th Street station. She kissed him with an ardency he hadn’t anticipated. Arousal envenomed his central nervous system. She clutched him to her, his arms wrapping around her leather jacket. He moaned, nosing the nape of her white neck. And then he started to feed.

I will die tonight, she sighed, but already she sensed how temporary. I would rip out the strings from a harpsichord with my eyes. The train continues to expand, a lateral bleeding. The bath will become an ocean. There was little difference between porcelain and flesh.

Even now she wasn’t sure. She looked up through the bathwater, the light swaying through the blood-thread filaments of her floating hair, this ringing silence. Under the water, her bones seethed.

Bloodless. That was easy. One no longer minded the cold. One felt it, distantly, sort of. Stranger is the change of the stomach’s intent, dissolved at some hours, or sentient and angry. Blood is the milk of god, and so this is a part of His plan. It is a relief, almost, to be at the service of this beckoning. Life is not truly much different than before. One is quite soulless.
The peeling white paint on the ceiling.
What did he do to me?

The window light flickered, clouds and days and lives passing.
She leapt up to the ceiling. Upside down, things felt right, for the first time. Her hair standing on end, dripping up to the floor.

Across the river, the man narrates his dying in the minutest increments, in impressionistic stage directions:

The sunshine traces me into the station, and the concrete walls become my fiends.
Doors open and close. The conductor burbles and breaks in Aramaic.
Slouched in the orange concavity of the seat, he rides past the stop for the university where he teaches, speeds beyond the terminus.
The screaming in his ears never stops. No one else has to inhabit this reality—but if that is true, where is the screaming coming from?
The corpses begin twerking.

He has to dance, but the piranhas in his marrow are nipping through soul. He is not dead enough yet. If only he had some whiskey.
A shredded cadaver that is half skeleton kisses him on the lips, bone scraping flesh, then hands him a shotgun.

She dances out of the car with a swish of her long dark braids of hair.

He eased the barrel of the shotgun in his mouth, smiling around its black cylinders. I may not be able to die, he thought, imagining the smiles of Ernest Hemingway, Dorothea Carrington, Kurt Cobain, but Eternity shall have to have me without a head.

John King is the host of The Drunken Odyssey: A Podcast About the Writing Life. His novel, Guy Psycho and the Ziggurat of Shame, was published by Beating Windward Press. His work has also appeared in Gargoyle, Turnrow, The Newer York, and elsewhere.