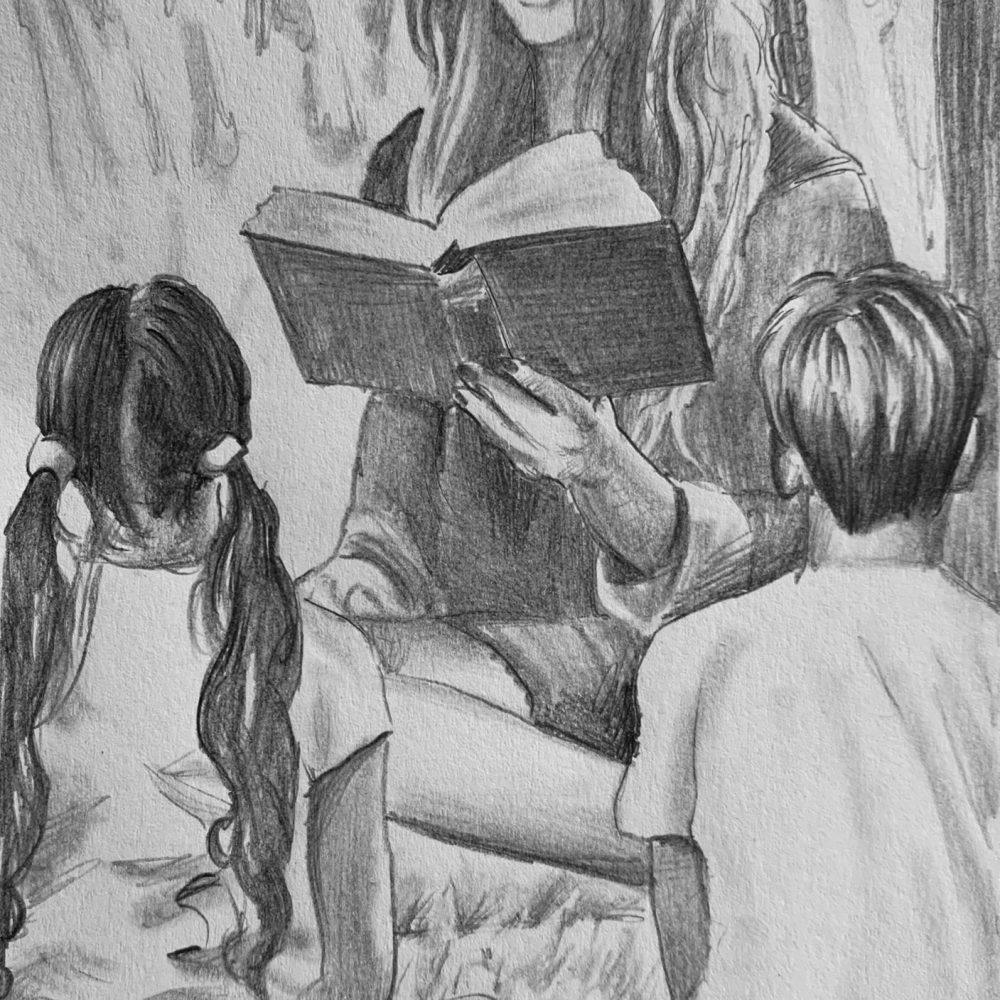 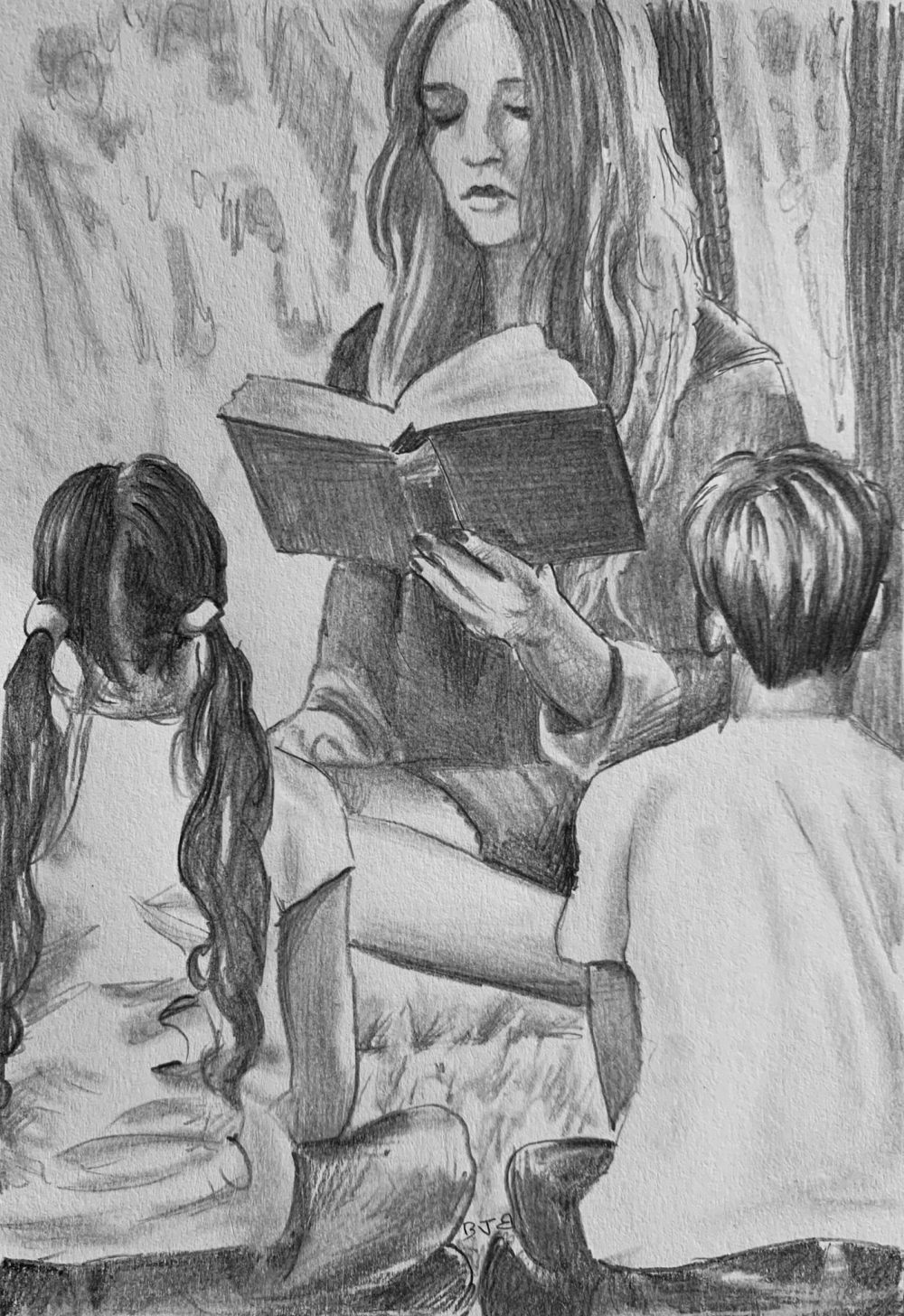 The first babysitter was Mrs. Cook, the lady who lived across the street from our house. I taught her chihuahua Chico to say his own name while she watched me when my parents were at work. I was two years old. The dog became an expert at saying his own name. I was so very proud to have taught him.

When I was three, I left my house alone at a time when there was no babysitting to be done, crossing the busy street to see the dog. My parents were frantic. They discovered me on the porch, petting Chico.

This was the only time in my life when my father ever spanked me.

The second one, I don’t remember her name, but I remember things like:

Her husband ran over a kitten that was sleeping under his car wheel. Once we children looked through the album with pictures of their wedding night, which were professionally shot photographs of the babysitter and her kitten-killing spouse, fully unclothed and fucking on a king-sized mattress. Every day she fed us off-brand bologna sandwiches with extra ketchup on stale white bread. I always gagged on the sandwiches, but I ate them anyway.

Some kids stopped coming to the babysitter after we looked through the photo album.

The third one was Mrs. Fuller. She was a Pentecostal lady who never cut her hair. She wore it wrapped in a bun at the top of her head, a tight gray knot. She watched Young and the Restless every day and let me stay inside in front of the fan while she kicked the other children outside on hot days. She talked to me about Jesus and let me make the other children lunch so that she could watch her stories. Her granddaughter lived in their house. She was 16 and pregnant. She had red hair and smoked cigarettes and impressed me with her recklessness.

I described the photo album from the second babysitter to the kids at Mrs. Fuller’s. Nobody stopped coming to the babysitter, but one of the kids stopped talking to me, because her mother told her to.

Later, there were the German sisters. They all had names that started with the letter H. Helga, Heike, Heidi, Hana, Hedy, Hedda, Herta, Hetty, Hedwig, Hannele, Heidrun, Hannelore, just pick three. They were teenage and blonde and I wanted to be them so badly, but I was ten and I had brown hair and I was just me. They let me stay up late watching Logan’s Run and fed me popcorn and Tab. I stared at their long, blonde Brady Bunch hair while they sat on the sofa, bored, looking at the clock on the wall, waiting for my parents to come back home with their money.

Eventually the student becomes the teacher. I became the babysitter. I read too many books to the children in my charge, keeping them up slightly past lights out, and was generous, within limits, with their snacks. Everyone knows that this keeps the babysitters employed. You stretch the rules just a hair, enough to appease the children and placate the parents. No one wants to sleep. I kept an ear open for the hum of the garage door when it got late, fought off my drowsiness when parents came home later than expected, tipsy, affectionate. The father would drive me home, a slow, awkward roll into my driveway, the passing of a wad of cash into my hand, holding it a little too long, then the relief of getting out of the car and sleepy climb up the stairs to my bedroom. I’d listen in my bed for other hums, the droning of the TV in my parents’ bedroom, the bugs outside in the trees, the ticking of the clock on the wall, imagining all the children asleep in their beds, quiet as they never are in their waking moments.

Amy Kiger-Williams holds an MFA in Fiction from Rutgers-Newark and a bachelor's degree from New York University. She has also attended the Bread Loaf Writers' Conference. Her work has appeared or is forthcoming in Yale Review Online, X-R-A-Y Literary Magazine, Queen Mob's Tea House, Juked, and Vestal Review, among others. She is at work on a novel and a short story collection. You can read more of her work at amykigerwilliams.com and follow her on Twitter at @amykw.