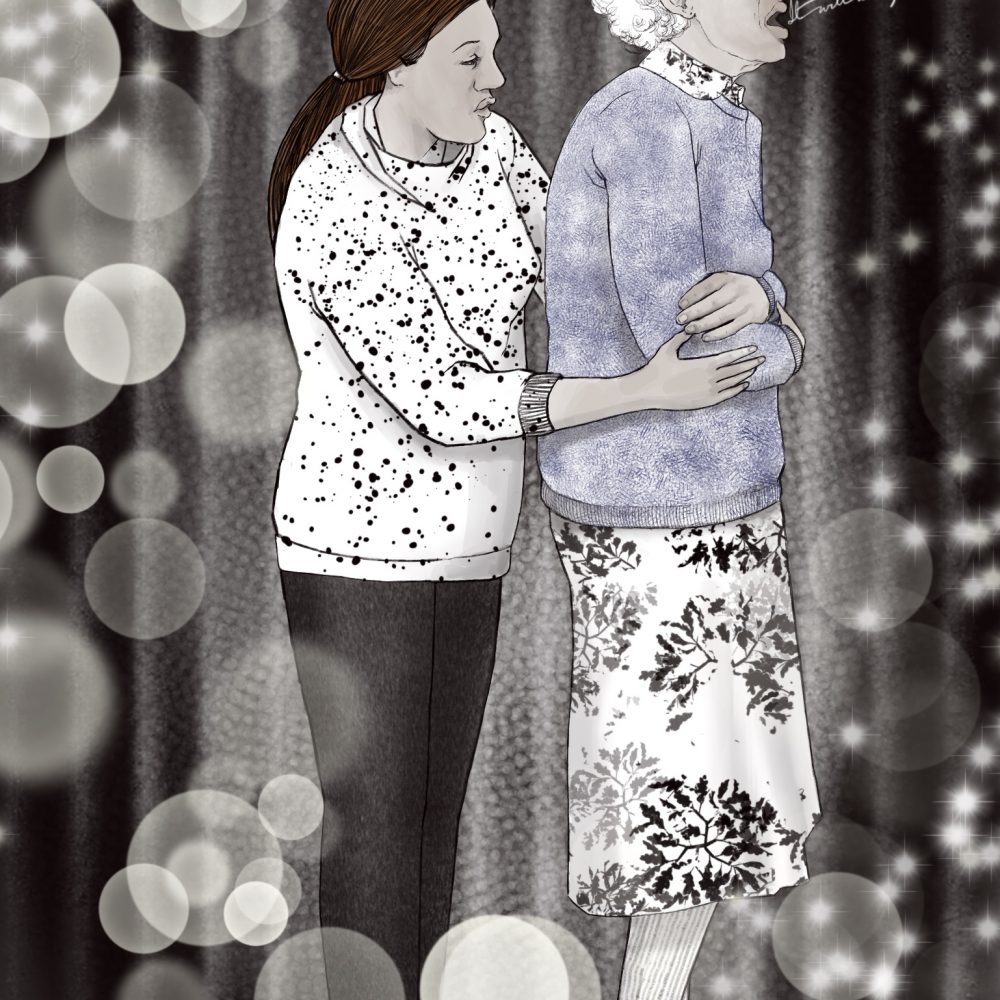 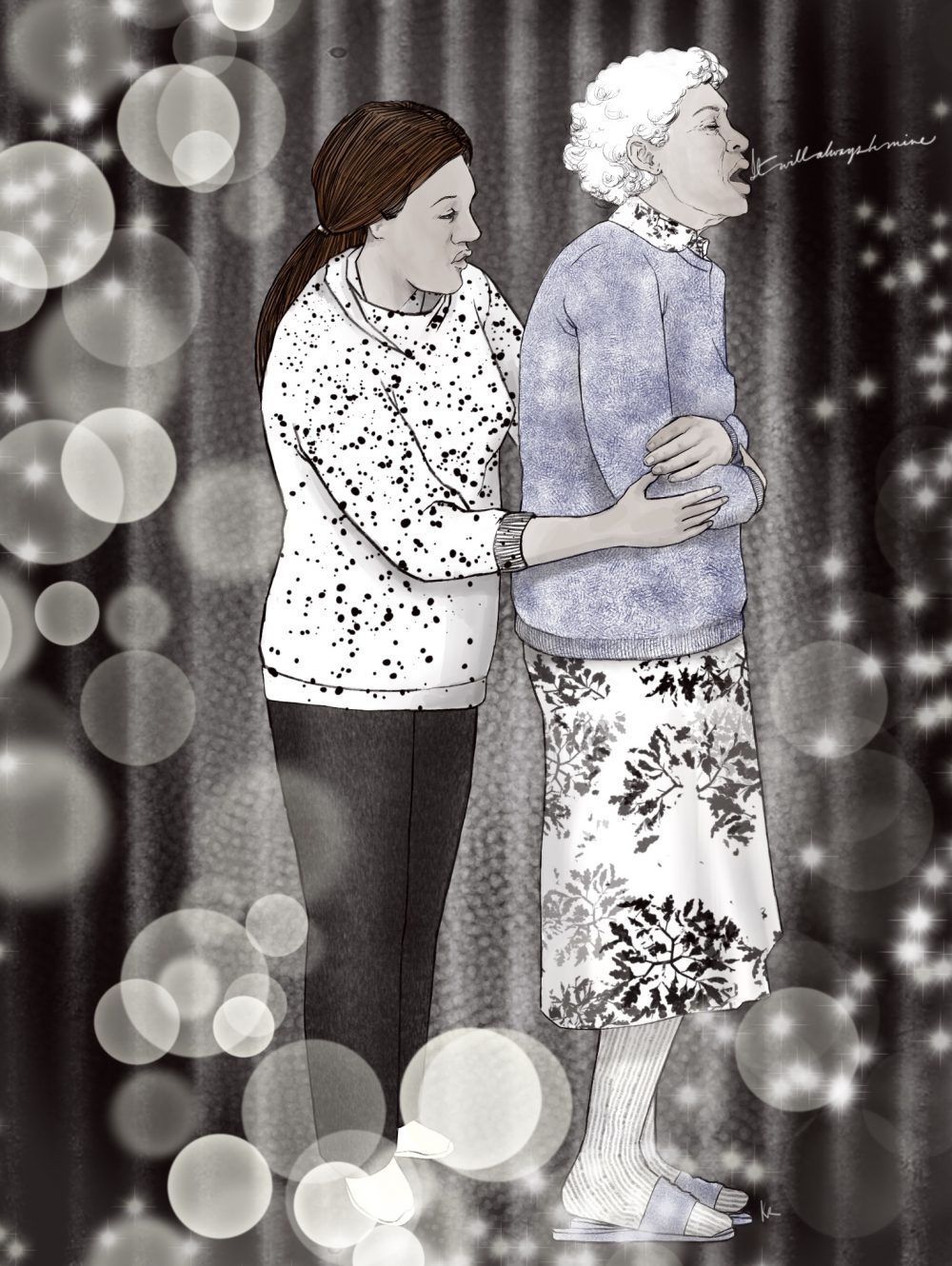 She pointed the remote, urging me to take it. I pulled it towards me and Grandma winced.

I checked the corridor. No sign. ‘Are you hungry?’ I asked, looking down at Velcro slippers. She’d eaten at noon every day for decades; it was almost two.

‘Handle with care,’ she said. ‘Never touch the blade.’

It was only her first week. The reality was not the kind smiles I’d bought into. It was people whose ability to care had been squeezed by endless night shifts, unspeakable things that needed cleaning up, people standing at windows asking to get out. But what else could I do? Mum had her new life in Australia and as the oldest I’d been crowned the ‘one in charge’.

Finally, her turn. A twenty minute transit led to the smell of baking and mint sauce with bleach. I swallowed. Nostalgia FM droned in the background. Two men shared our table, one brittle and one like melted wax, they clicked tongues and didn’t notice us. I’d seen the photos on their doors. One, a decorated military man, the other wrapped his arms around a group of kids. Grandma spooned in the pureed roast dinner in slow motion and I dabbed her mouth with a napkin that had been concertinaed on the table. How long would she have been there otherwise, with gravy on her chin?

‘Was that nice, Grandma?’

‘Handle with care,’ she said. ‘Never touch the blade.’ I couldn’t let her stay here, could I?

I put one hand on her back and one under her armpit to manoeuvre her out. I noticed a hole in her jumper. She’d always been tidy.

A singer warbled from the radio. Something about a lovely day.

Grandma became very still and I felt resistance. Her mouth opened and she whispered air.

‘It will be always mine, the sun and the wine. The seabirds crying,’ she sang. Some notes came clear, others just a rasp, but her mouth formed every lyric.

She had an audience now, the woman turned up the volume, cutlery was plinked down. She was the hostess, the performer, a little glimpse of the Grandma I hadn’t seen for years, the one who offered posh biscuits but never had one herself.

She lifted her chin for the final note. ‘Our lovely day,’ a breathy echo of the beautiful soprano she’d been known for.  An applause thuttered from different directions. She tilted her head in thanks and her face crinkled from smiling.

‘That was beautiful, Grandma. Just beautiful,’ I said, hugging her as tight as I dare.

‘Handle with care,’ she replied. ‘Never touch the blade.’

Janelle Hardacre is a Yorkshire lass living and working in Manchester. Her flash fiction has been published in Spelk, Open Pen and Dear Damsels. She has been longlisted for the Reflex Flash Fiction competition, the TSS flash fiction competition and is a previous winner of the monthly Zeroflash competition. Janelle is currently planning her first novel (her practice novel) ahead of taking part in NaNoWriMo in November.