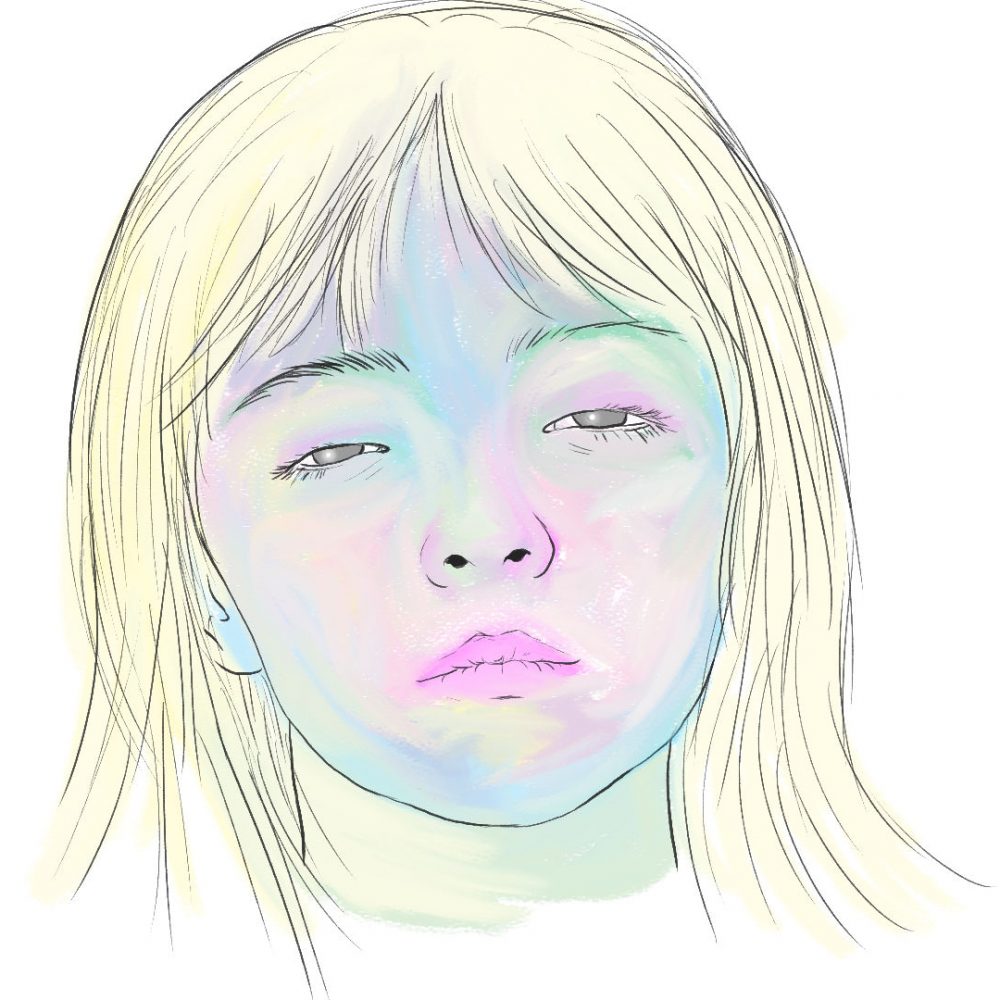 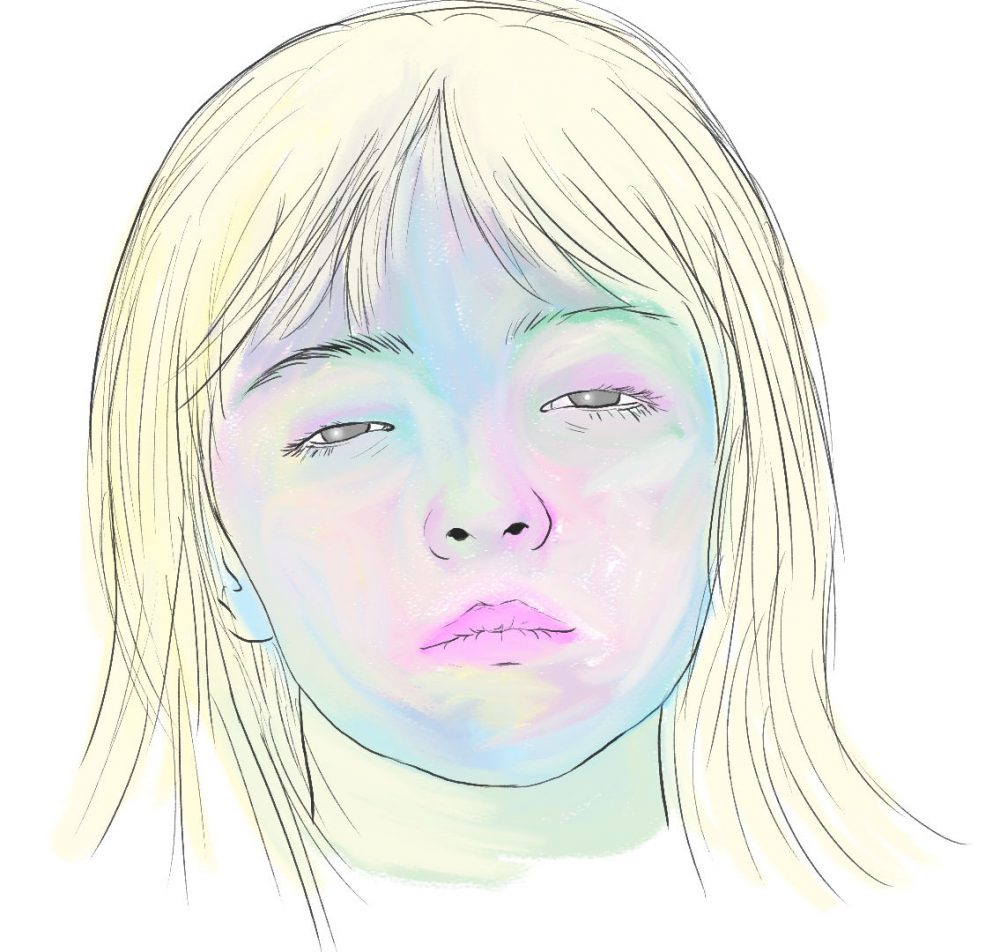 Night after night, people come because they have heard. They have seen clarity in the eyes of those who have visited. They want the same and so they follow.

At the end of the hallway is a classroom. Desks are piled to the ceiling against the back cabinets. Strewn. It is the child who sweeps them there—all but the one in which she sits.

Some see a kindergartener, optimistic and distractible. Others find a middle schooler, who wonders about the way things are. Some nights bring an older student, resigned to the world his parents built.

It matters not the child, they always say the same thing.

She waits. People come. An image flickers on and off with the blinking fluorescents—an expanding burgundy slick beneath her desk. The visitors pause to gather their confidence. Some lose their nerve. They trace their steps back down the hallway, faster and faster, sprinting into the double doors. They never return, but they never forget. Always wondering.

Others enter. They step through the red and stand before the child.  Her eyes remain downcast. And so they wait, taking in the room, the cabinets at the back. At a point, the lights cease their strobe.

She levels a gaze that cuts through, flensing skin into adipose strips. Defenses vanish. A soul is exposed. Now they are ready to hear.

The child speaks and the world tilts, foundations crumble. The listener questions if they heard right, though they know they did. They have heard a truth. A knowing, untarnished by perspective. An anchor rooting their guts to the planet’s iron heart. A statement. Of consequences for actions past. Of inevitabilities for seeds sown.

Over the weeks and months, the conversation is forgotten. Poignancy fades. Memories, as if sat upon a seesaw, descend into haze, while dreams rise to tangibility. In them there is a classroom. The lone child is gone now, replaced by tidy rows of students at their lesson. There is an interruption. A shatter. Cracks in the air on tidings of death. Trapped, the dreamers watch helplessly through gaps in the cabinet doors. Each night a different classroom, always the same lesson.

Chris Panatier's short fiction has appeared in The Ginger Collect Magazine, with pieces forthcoming in Tales to Terrify and Trembling With Fear. As an artist, he draws album covers for tiny metal bands. He lives in Dallas, Texas, with his wife and daughter.