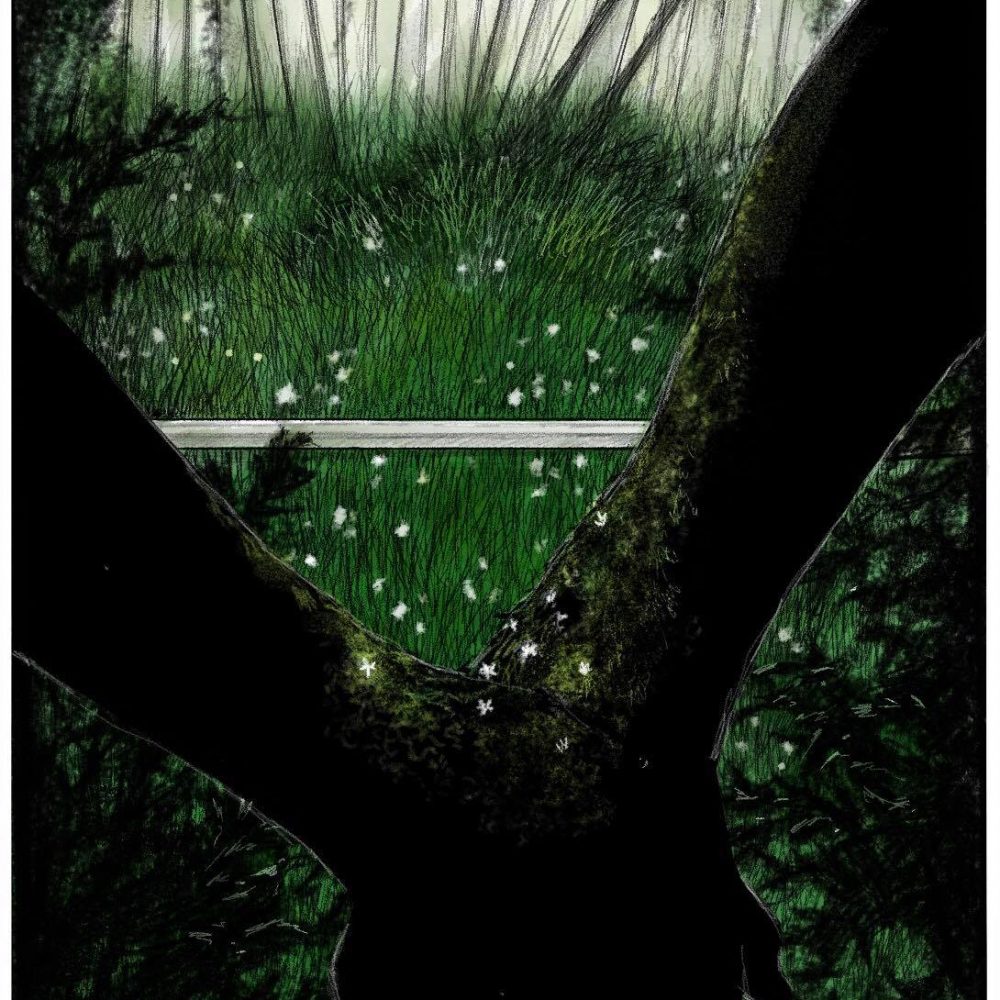 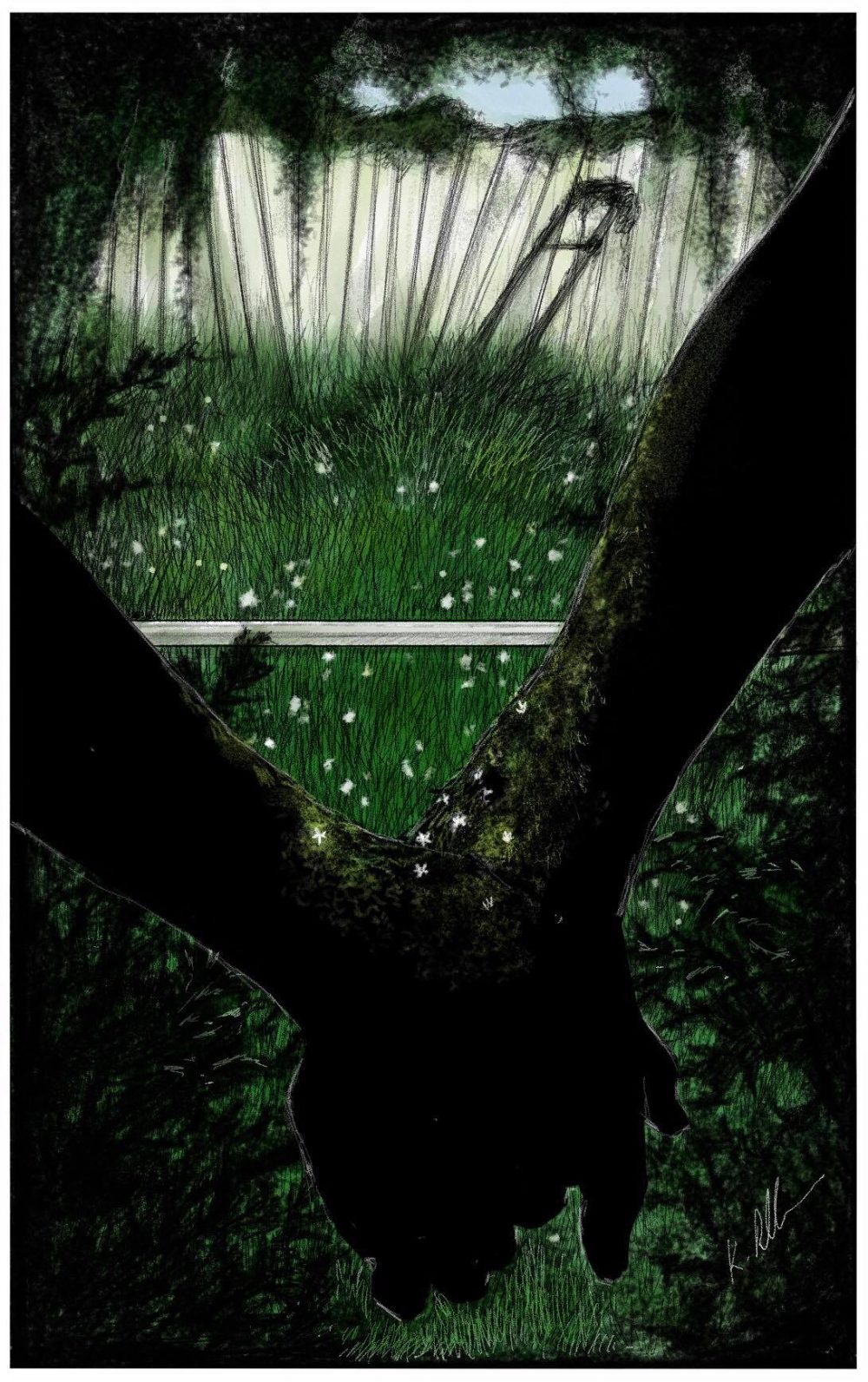 When the lawnmower broke, we did nothing. We never talked about it, we just watched the grass grow long around it. After each storm, a wall of weeds slowly surged towards us. Where there was once soft lawn, thick, thorny branches clawed up from the earth and covered the white picket fence. The mailbox seemed to grow a wig, then disappeared in a clump of ivy altogether. We left the last letters addressed to us in there, unread, in their green tomb that would turn their skin and our names in ink to ashes, a monument to us. It was an unspoken truth be- tween us that when vines crept up the porch, through the swing and underneath the doors, we knew not to bother. Before long, we didn’t need to close the curtains, because greens draped from the gutters.

Our leafy shrubs hid us from the world. There was an ease to this world that lost all its sharpness, its edges round, its noises muffled. People came by to see us, to ask questions, tempt us to change. Some only drove by and looked, shaking their heads without words. Others tried to convince us to cut our lawn and repair the fence. While we still could. Those weeds don’t belong in your lawn, they said. They wanted us to use chemicals that could fight for us and make the grass green and make the yellow flowers bend their necks and lose their color. They wanted our lawns to not be spotted with these nuisances, they didn’t want to stand by and watch those flecks turn into soft white globes that when left alone will let go when the wind comes to take them, slowly, in their own time.

We only listened to the branches of the oaks sigh heavily over the hedge that was now our roof. Birds roosted up there. There were other beasts, we could smell them, heard them, caught glimpses of beady eyes in the dark. We were scared, sometimes, of this new, green world that was so full of purpose and sometimes it made us feel we weren’t even there.

Eventually the doors covered in moss wouldn’t open anymore. The power went out, though the house buzzed and trilled, as if it was trying to shake itself free of its skin. The moldy walls around us flowered thicker. Roots pushed up through the drains, lifting the house from its foundation until its bones creaked. They came reaching down the chimney and spilled from the kitchen sink, like they were hands searching for us. Our bodies were heavy and sank deep into our soft carpet of leaves. We were alone and the world was wild and we let it. We watched the wilderness grow up around us, until on a quiet winter’s night, the wind came for us and we were ready.

In her early twenties, Dutch-native Lilian D. Vercauteren came to the US to see what the fuss was all about. More than a decade later, she has barely scratched the surface of discovering the American spirit. An alumni of The Writers Studio Tucson, her fiction has been published by the Lowestoft Chronicle, The Missing Slate, Fiction Southeast, Maudlin House, and After the Pause. She is currently looking for a home for her first novel, a comedy of errors about a fish out of water, the potluck phenomenon and apple pie. www.lilianvercauteren.com
@LDVercauteren