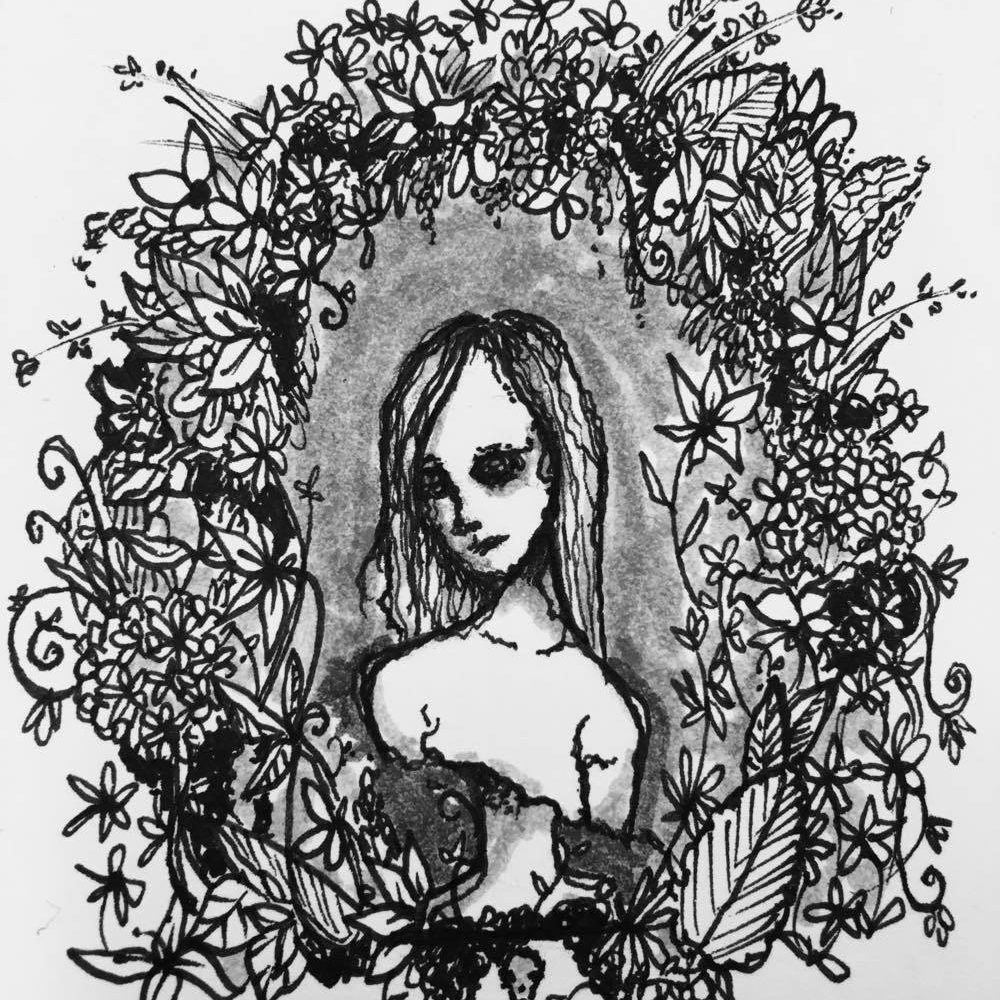 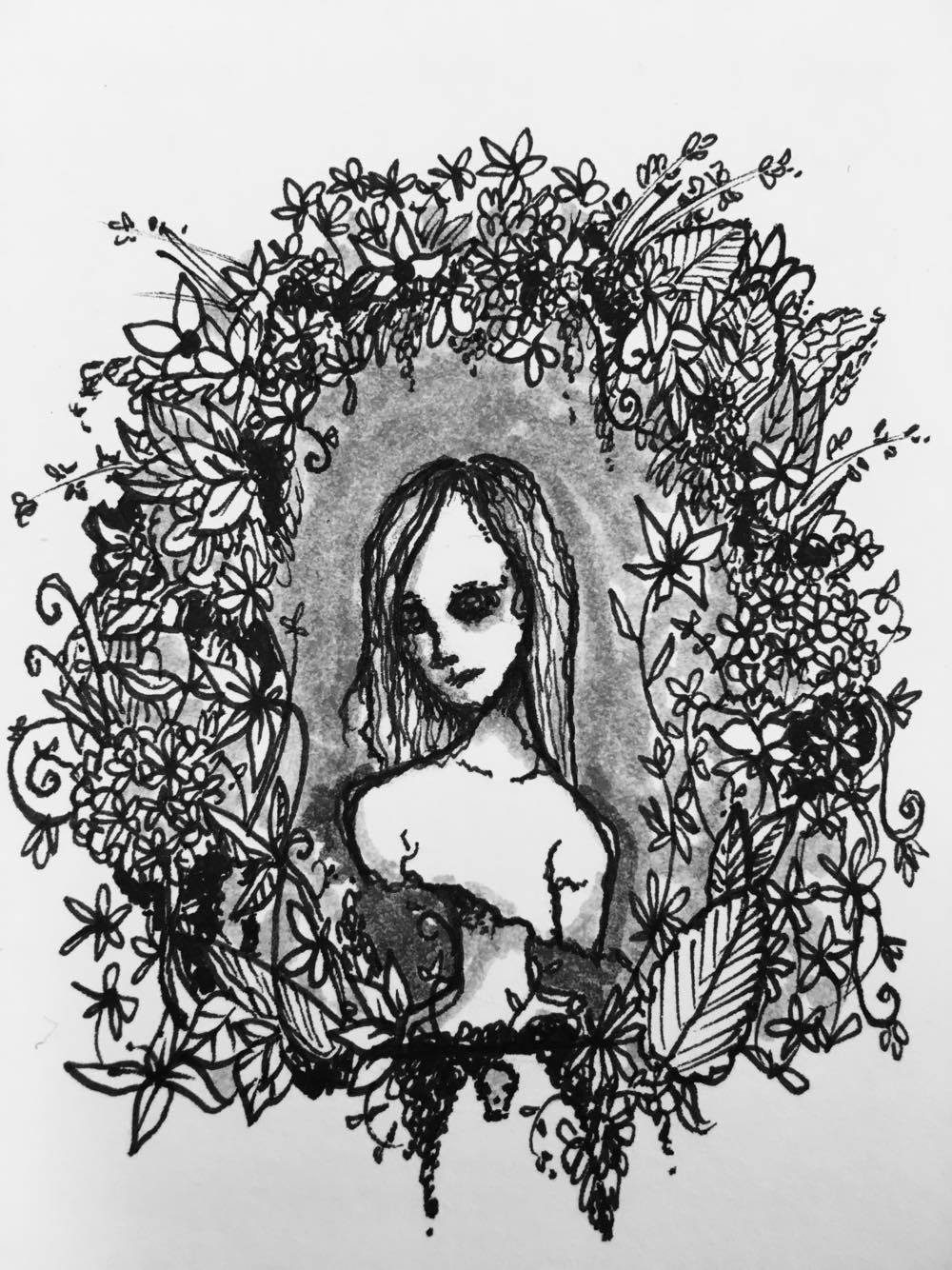 Her boots crunched on the gritty snow, and the sound reminded her of the hard candies she and her sister used to devour at the back of her parents’ store. They would huddle together behind towering boxes of soft drinks (their favorites were the Clearly Canadians in the elegant glass bottles, as smooth and sensual as a lady’s silhouette) and suspend the candies under one another’s nose and guess which kind the other held.

There were few things in the grey-scale palette of the graveyard that recalled those colorful candies of her youth, but the longer she walked, the better her chances were of finding what she needed. It was a shame that the flowers she’d amassed could not retain their colors. In the ramshackle Victorian on Elm Street that had once been her parents’, but now belonged to her and her sister, dried bouquets of flowers covered every available surface of wall, upside down and desiccated like a silent colony of bats.

Mikhail would occasionally grip the dried-out petal of one of these inverted flowers—the coagulated-blood maroon of a hybrid tea rose, the thin, claw-like spear of a dahlia—and rub her fingers so that the petal disintegrated like overburdened tissue paper, or the wings of an insect left to wither on a windowsill. She’d regret this once the act was done, did not like to squander the fruits of many laborious hunts, but sometimes she was unable to help her anger at this degradation of beauty, at the flowers that had made promises of comfort and distraction, but faded and shrunk and aged like everything else that was, and everything that would be.

Mikhail walked a meandering path through the cemetery, looking for a break from stone and marble on the cold December day. She’d made it as far as the river when she stumbled onto a private moment between a couple—hand-in-hand, their cheeks moist with tears—and a ghost. She had to wait and whistle, appear otherwise engaged until these harbingers of color ceased their whispered prayers and retreated through the thick iron gates, back to the land of the living.

The flowers were exquisite in the glaring winter sun, and it hurt Mikhail’s heart to look at them. She ran her fingers along liquid amber and chocolate cosmos, across the snow-white petals of sweet peas, and the waxy surfaces of dusty millers and viburnum blueberries. Then, after glancing around to ensure she was alone, save for the crows and the velvety-winged swallowtails, she snatched up the arrangement, folded it beneath her sweater, and started out toward home.

The house was sepulchral-quiet upon her return, and she paused at the kitchen sink to spritz her prize with water. She kicked off the clunky boots before ascending the stairs, her socked feet noiseless on the polished wood. Light, the faintest of glowing embers, leaked into the hallway from under the bedroom door. She hesitated, pinching off the browned corner of a Sahara rose petal, and let it flutter to the floor. She pushed the door open and pasted a smile on her face, the action suffused with all the care of a florist preparing a bouquet.

“I’m back,” she said to the motionless body on the bed. “I brought you something.”

She plucked an arrangement of dying flowers from the nightstand and replaced it with the vibrant assemblage of peaches and corals, burgundies and scarlets. She took her sister’s cold hand in hers and looked upon the eyelids, purplish and closed and like twin buds that had been snipped too soon, never to open again.

“Guess,” she said, holding the bouquet under her sister’s nose. “Guess what kind of flowers I have brought for you today?”