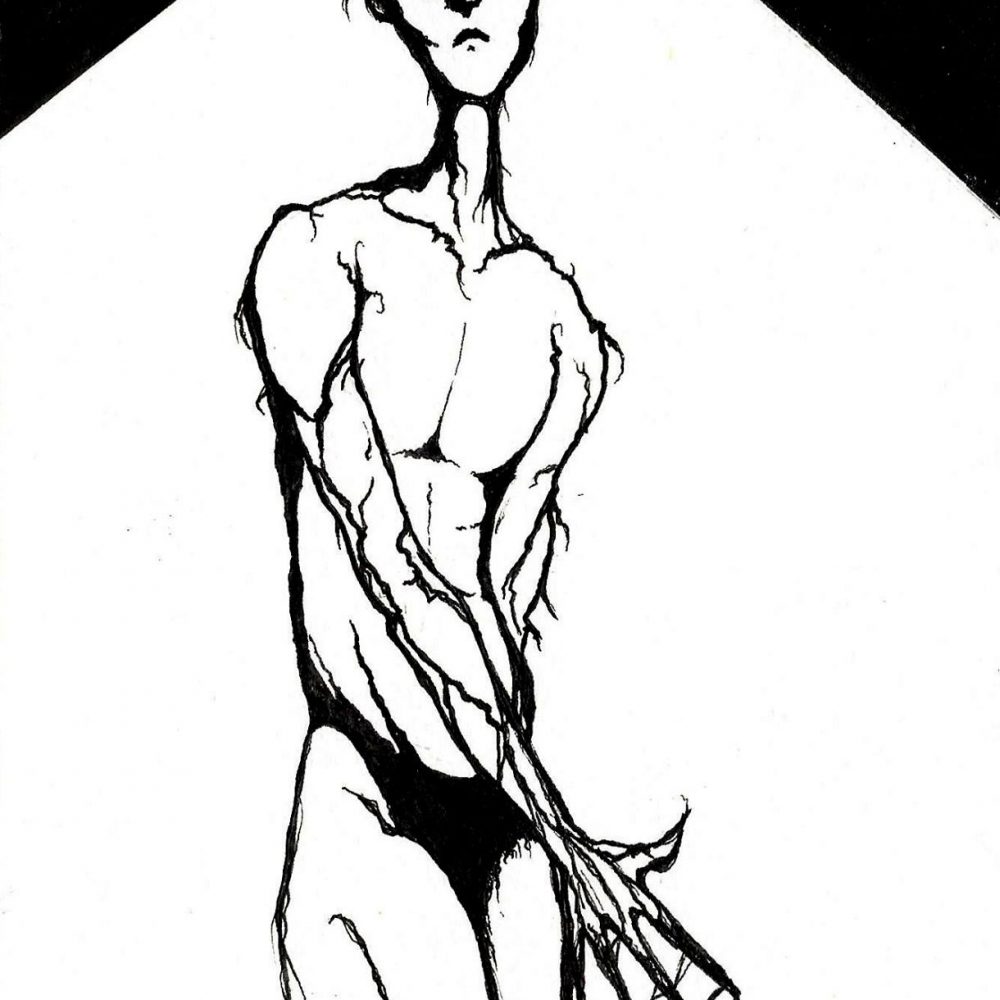 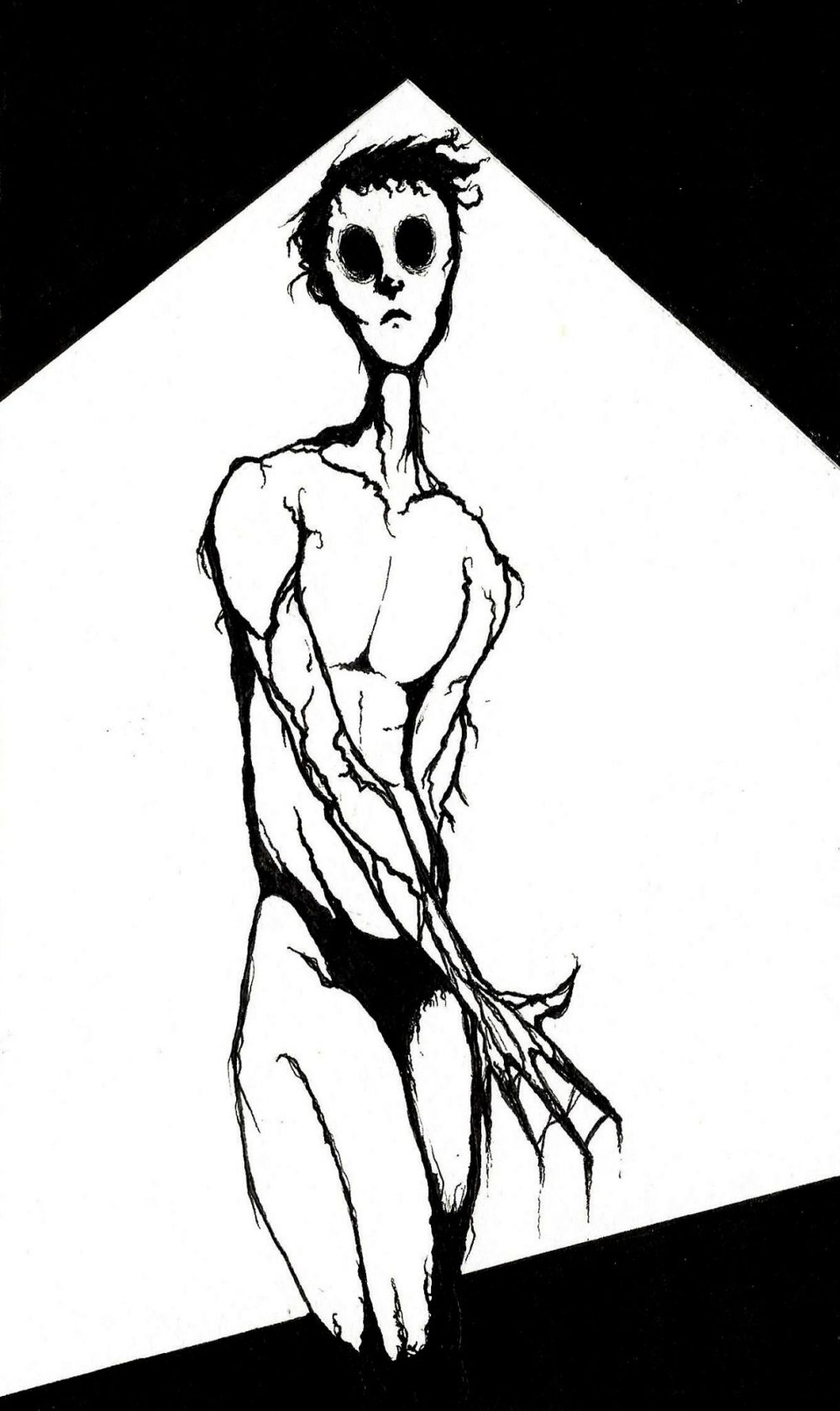 (There’s an art to cutting oneself. Most don’t appreciate that. Real cutters—not teenage girls scratching themselves with their fingernails, looking for attention—hide it. Placement is important. Displayed scars kill the art, but more importantly, the body is a highway of veins, nerves, and arteries. Go too deep and you may end up hurting yourself worse than you intended. The final part comes down to preparation. One must have alcohol, a clean knife, and bandages on hand. Infections come easy, and telltale blood drops give it all away.)

John thought this as he sat in Starbucks, scratching his arm under the sleeve, high up near the shoulder. His nails rode criss-crossing bumps. Ants ran under his skin.

“Don’t do this.” Gmail’s welcome screen sat on his laptop.

“Don’t do this.” He typed in Bethany_Cabe@gmail.com then entered the password.

John bit his lip and leaned forward, expecting to see a name. Instead he saw spam, newsletters, coupons, and emails from her sisters.

John leaned back and closed the window. The desktop picture stared at him. Beth smiled, holding the skirt of her evening dress wide. John smiled and draped a shoulder over hers. Behind them loomed the cruise ship’s ballroom.

He slapped the lid shut and rubbed his eyes. When he opened them he saw streaks of blood on the lid. It stained his fingers and trickled down his arm.

“Shit.” He knocked over his chair as he walked to the cream and sugar bar to grab a fistful of napkins.

“This doesn’t count,” he said. He turned to walk back to his table and saw the little man. His bald pate reflected the fluorescent lights, and his eyes were coffee-dark. He smiled at John and saluted with his cup. John grabbed his laptop and left, leaving his coffee on the table.

Coffee-dark eyes haunted him. John sat on the couch, not watching the news. He kept blinking, like his eyes couldn’t focus.

“What’s wrong with you?” Beth said. She sat cross-legged on the recliner, head titled forward, practically touching the screen.

(There is an art to hiding. A titled computer screen, a hasty mouse click, a deflected question. Silence becomes a language unto itself.)

“Don’t be so sensitive.”

“Don’t be so insensitive.” John winced. Too deep, he thought. The ants returned and he scratched the scabs on his arm. Stupid. Always think before you speak.

Beth drew in on herself like an armadillo, her face hidden by the laptop and her hair.

He waited at the counter at Starbucks. The door opened behind him and the cold wind made him huddle in his coat. He wrapped his hands around his tea while he waited for Beth’s pumpkin spice latte. A bouquet of roses stuck out of his coat pocket.

“Don’t you just love the bite in the air this time of year?” someone said behind him.

A small, bald man with dark brown eyes smiled at John. He smiled with his lips closed.

The ants returned in force, but John couldn’t scratch through his coat. “I guess. Really it just reminds me that winter’s coming.”

“I’m not one either. I prefer these between times like now. Not quite alive, not quite dead.” He smiled and showed his teeth this time—small, sharp, like polished stones in pink sand. “It’s a time ripe with possibilities.”

(There is an art to conversation. An art John never quite mastered. The words never quite appeared, and he felt like Frankenstein’s monster, grunting and gesturing, making more trouble than headway.)

“I guess,” he said and turned back to see if the latte was ready, hoping the conversation wouldn’t go any deeper.

“Don’t do anything I wouldn’t do,” the small man said and flicked the bouquet.

Beth threw clothes into a suitcase. “I’ll be back next week for the rest of my stuff. Please don’t be here.”

“Please, we can work this out. We can get couple’s therapy.”

“You’re a good man and a good husband, but I’m not happy, and I don’t love you.”

“Jesus Christ, it’s never enough for you, is it? How deep do I have to drill into that thick skull of yours? We. Are. Over.”

“Somebody told me this is a time rife with possibilities. It doesn’t have to be over.”

Beth pushed past him, slamming the door as she left.

(There is an art to leaving and to letting go. Recognizing that it’s over is the trick, and acting upon that recognition is the miracle).

John tore open his scabs. His fingers sank into his flesh as he tried to root out the ants.

He stood in the bedroom bathroom, stripped to his underwear. Blood ran down both arms. It caked under his nails. He rocked on his heels. He held a steak knife in his right hand.

Rubbing alcohol, cotton balls, and bandages lined up on the sink like good soldiers, waiting for orders, prepared for the worst.

“There is an art to cutting, you know. Anything done with passion and precision can be an art.” The little, bald man stood in the bathroom doorway, his dark in his eyes overwhelmed the whites, looking like two pools of coffee.

John nodded at his wisdom and raised the knife to his arm.

“Ah, ah, ah, ah,” the little man said. He traced a line on his check from just under his eye to his jaw.

John nodded again. He placed the knife against his face and pulled down.