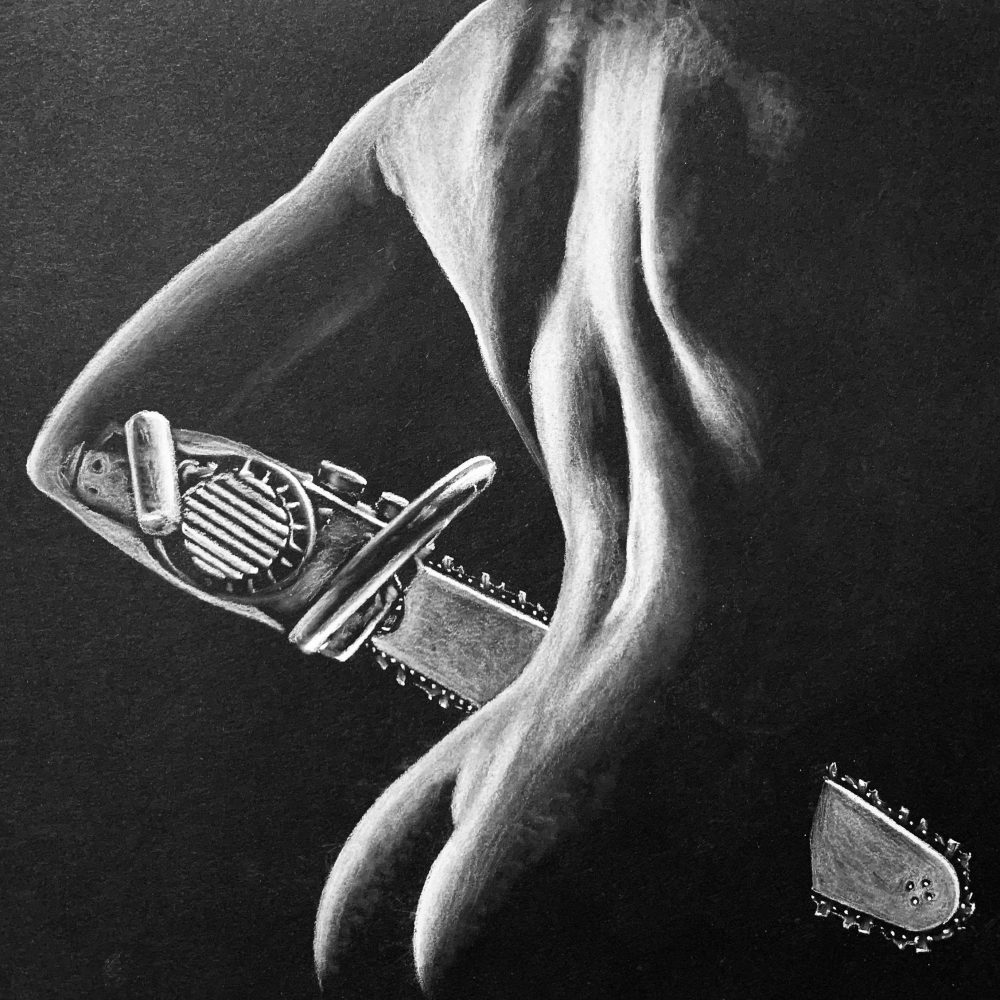 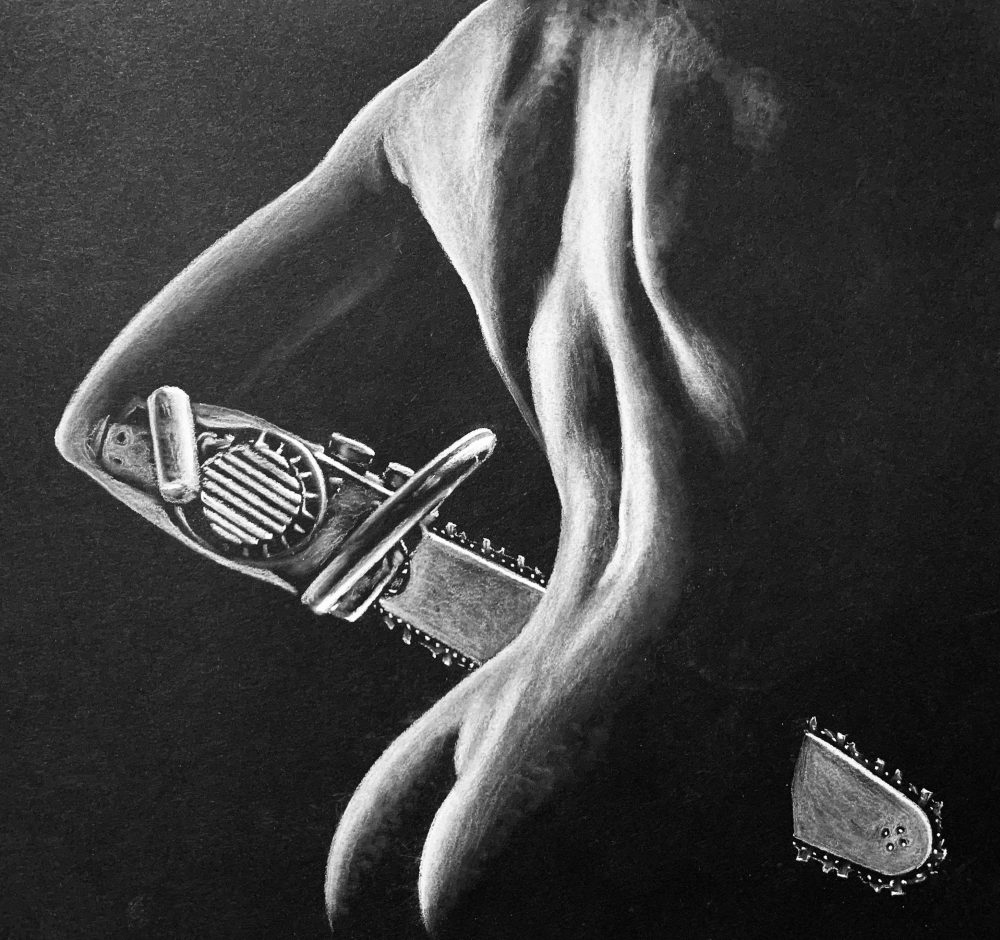 Cass is sleeping with her professor. Not because of animal attraction. Or her GPA. Not because she admires his mind. But because he doesn’t care about her chainsaw arm.

He never mentions it, in fact, whereas it’s all some people want to talk about. The dude she dated before pointed it out whenever he introduced her — This is my girl Cass, look at how sick her arm is — as if anyone could miss it. And her first boyfriend was so obsessed with it he couldn’t get off unless she held it to his throat.

But Cass and her professor have unremarkable sex. The only seedy part is the motel room where it takes place. With a relentless smell of sewer gas. And a busted L in the WELCOME sign in the parking lot, so that it spells out WE COME with not a drop of irony. Sometimes before they have their boring sex, he undoes her top and stares at her tits. They sit under the hospital green lighting of the old TV set. The occasional static wave rolling shadows across the blemished walls and their semi-clothed bodies. And he admires her. Every curve, every imperfection, every story in her scars. He glides his fingers between her ribs. Twirls her brown curls. Demarcates the halves of her body from forehead to belly, his pointer finger as the pen.

The whole time the professor explores her, he behaves like the chainsaw arm doesn’t exist, and sometimes she kind of wishes he’d touch it. Run his fingers along its teeth. Maybe even prick a pinkie and suck the blood. Or better yet, give her a taste. She wishes he’d lay upon it the same sorts of affections that he does her lower lip. The space between her shoulder blades. The cradle of her pelvis. Or maybe even give it a pet name that he could whisper in her ear, causing the little lightning bolt between her legs.

But what would she even do if that day came, she wonders. She’d probably tell him she loved him. Say something corny like, take me away from this place. Or she might sever a part of his body — an arm or a leg — so that she could make something special. A lamp or a bedside table or a paper weight. Something that she could remember him by. And when people ask her where she bought it, she can respond with a vague answer and even vaguer smile. One that would leave them guessing. Wondering. Suspecting. But this time about something else.

L. Soviero was born and raised in Queens, New York but has made her way around the world, currently laying her hat in Sydney. She has an MSc in Creative Writing from the University of Edinburgh. When she is not writing flash, she works as a Learning Designer. She has been longlisted at Wigleaf and spotlighted in Best Small Fictions.