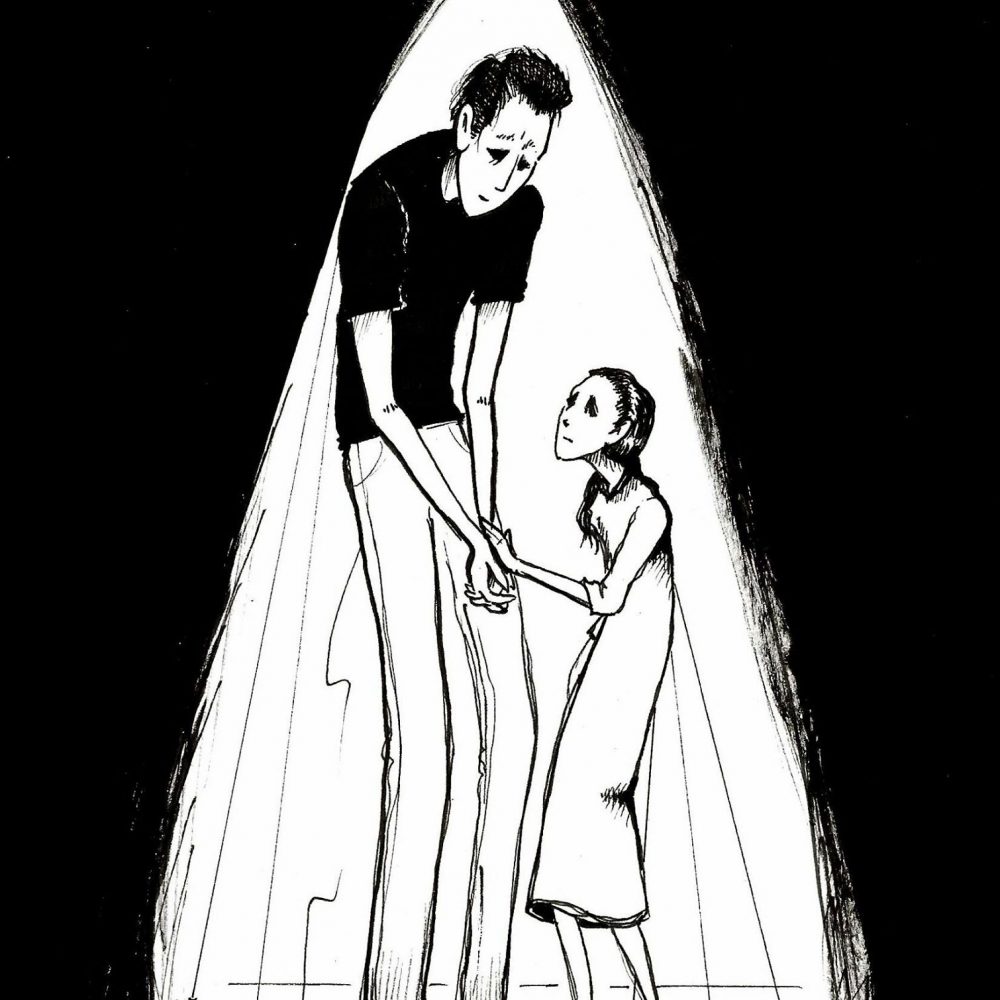 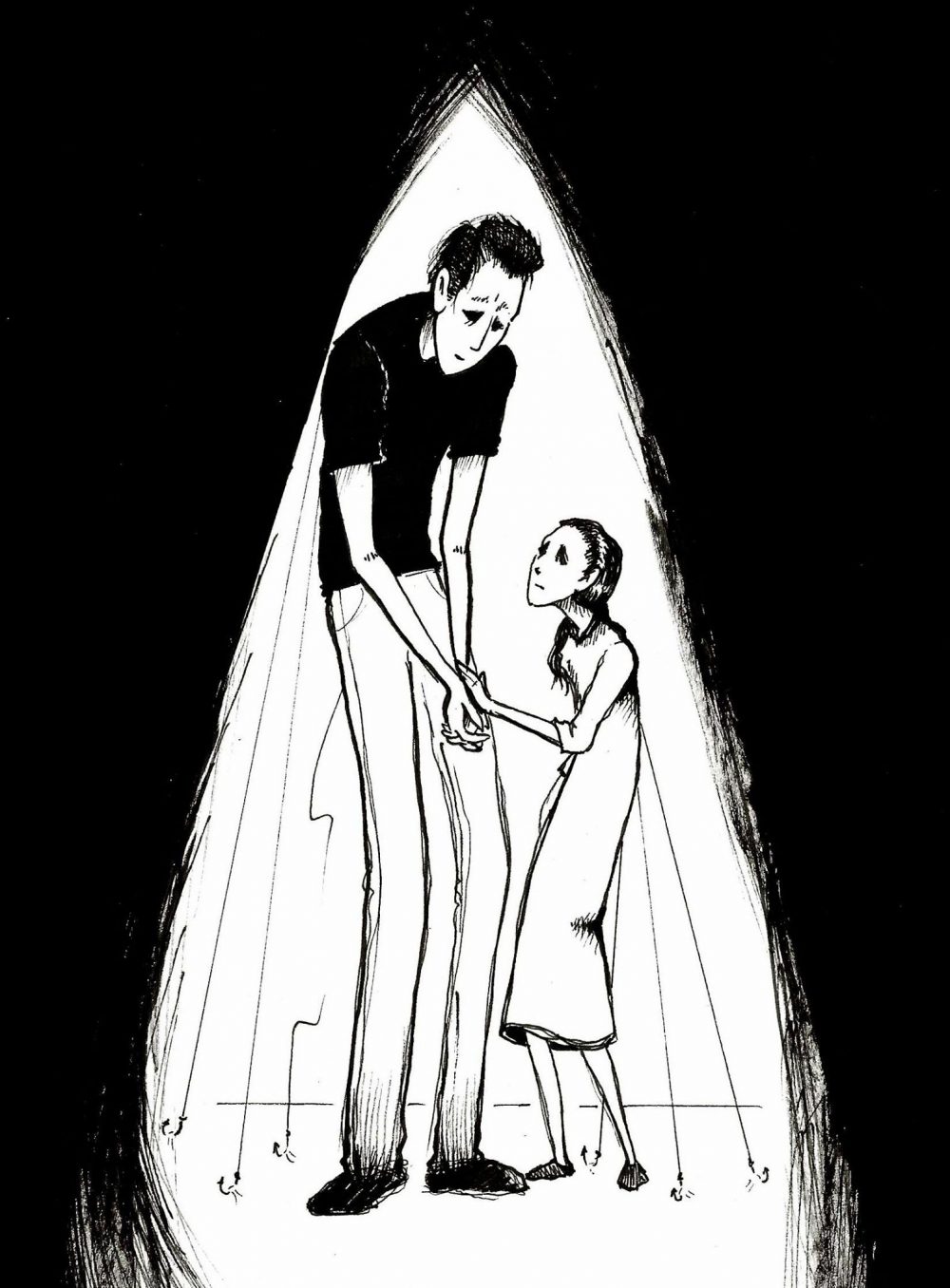 Everyone was so concerned with the counting of fingers and toes and the soft slapping of bottoms, they didn’t notice her reaction, a rush of relief at first glance, knowing everything was going to be okay. Her heart felt all the right things —love, adoration, respect — as his wrinkly purple fingers reached for her nipple and politely moved it toward his mouth. From that moment, he was easily the most polite baby anyone had ever met. He let her and her husband sleep, preferred formula to breastmilk, and learned about the birds and bees from schoolmates, rather than embarrassing his parents for details.

He wasn’t the easiest baby, but he was always well-mannered. Pardon me, he seemed to say when he first started crawling and clumsily bumped into things. Excuse me, read his expression as he addressed the furniture, the dog, the hardwood floor, once he’d started walking and fell face first. So very sorry, his face said, its lip split open, a moment before the tears and blood arrived. She scooped him into her arms and whispered, it’s not your fault, it’s not your fault, rubbing his arched back as he screamed.

Diaper changing was embarrassing for them both. He’d look away. She’d hurry about the business and be done.

He held doors for strangers and never picked his nose or ears like other kids. Once he could talk, he called strangers and parents of friends “Ma’am” and “Sir” without being taught or told to do so, which was cute only for a short time. He must be getting it from somewhere, the other parents gossiped. Other kids didn’t particularly want to be around him, though they didn’t hate him or tease him or bully him.

His dad became impatient when the boy got stuck holding doors for parades of strangers. I don’t know where he gets this from, his dad barked, stomping and gritting teeth.

I’m sorry, said his mom. I don’t either, she claimed.

Concerned by his suspicions, she encouraged her boy to try out for team sports. His developing height made basketball the obvious choice, though her husband was more rugby-built, both physically and mentally.

Go watch him play, she pleaded, when the boy made the team and quickly became the team leader in assists.

“Shoot the damn ball!” his dad barked from the stands, as his son passed the ball to the scrawny point guard who sunk shot after shot.

“Take a seat,” his dad barked at him, when they boarded the bus after the game. But his son stood politely holding the rail, impervious to his dad’s demands.

Never prone to eating much, the boy’s slim body grew so tall he developed a bend in his spine from hunching over, too polite to take up space that could be used by others.

“It’s good manners to eat what someone makes for you,” his mom would say at mealtimes, using his politeness against him; if only to provide for him.

“There’s no way he’s my son,” her husband barked at her after dinner, once the boy excused himself and began clearing the table. She pointed out the shape of his lips, the shade of his hair, but avoided his extraordinary height and polite nature. She knew these traits had nothing to do with her husband, and that the heart-shape slope of his lips also mirrored her own.

The next time she and her son took the bus, she pulled at his hand, forcing him to sit beside her.

“I prefer to stand,” he said, but she insisted it was impolite to leave his mother seated by herself. He sat, politely crossing his long limbs to make room for hers.

“No,” she said, pushing his legs apart so they created a wide ‘V’ of space, crossing her own to offer him more. They both looked at the floor, embarrassed.

“But now there’s no room for you,” he said, his knees bouncing anxiously beneath her palms. “I’d rather stand.”

She gripped at his oversized fingers and pulled him back into the seat. She hated herself for what she was creating—even more for what she was destroying—but what choice did she have? He was too polite for his own good, and hers, too.

“Claim your space,” she whispered, as the bus filled up.

Slowly, he stretched out his long legs — expanding, unfurling, savoring the newness of the sensation.

Then he released a sigh so full of relief that it shook her to her core.

Kelle Schillaci Clarke is a Seattle-based writer, journalist and occasional adjunct English instructor. She has an MFA from the University of Nevada, Las Vegas, but left the desert in favor of the rainy Pacific Northwest. In addition to a plethora of now-defunct alt-weeklies, her recent work can be found in Barren Magazine, The Citron Review, and Mothers Always Write. She's also on Twitter at @kelle224.