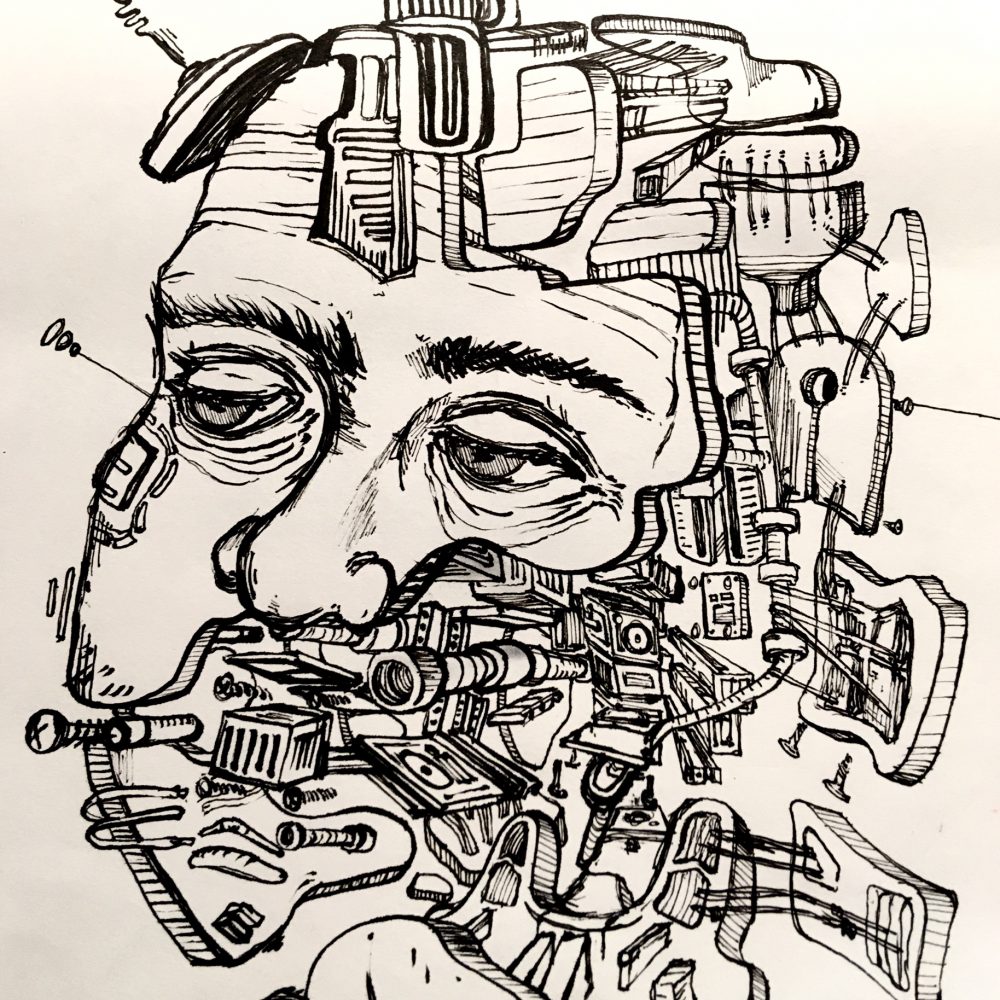 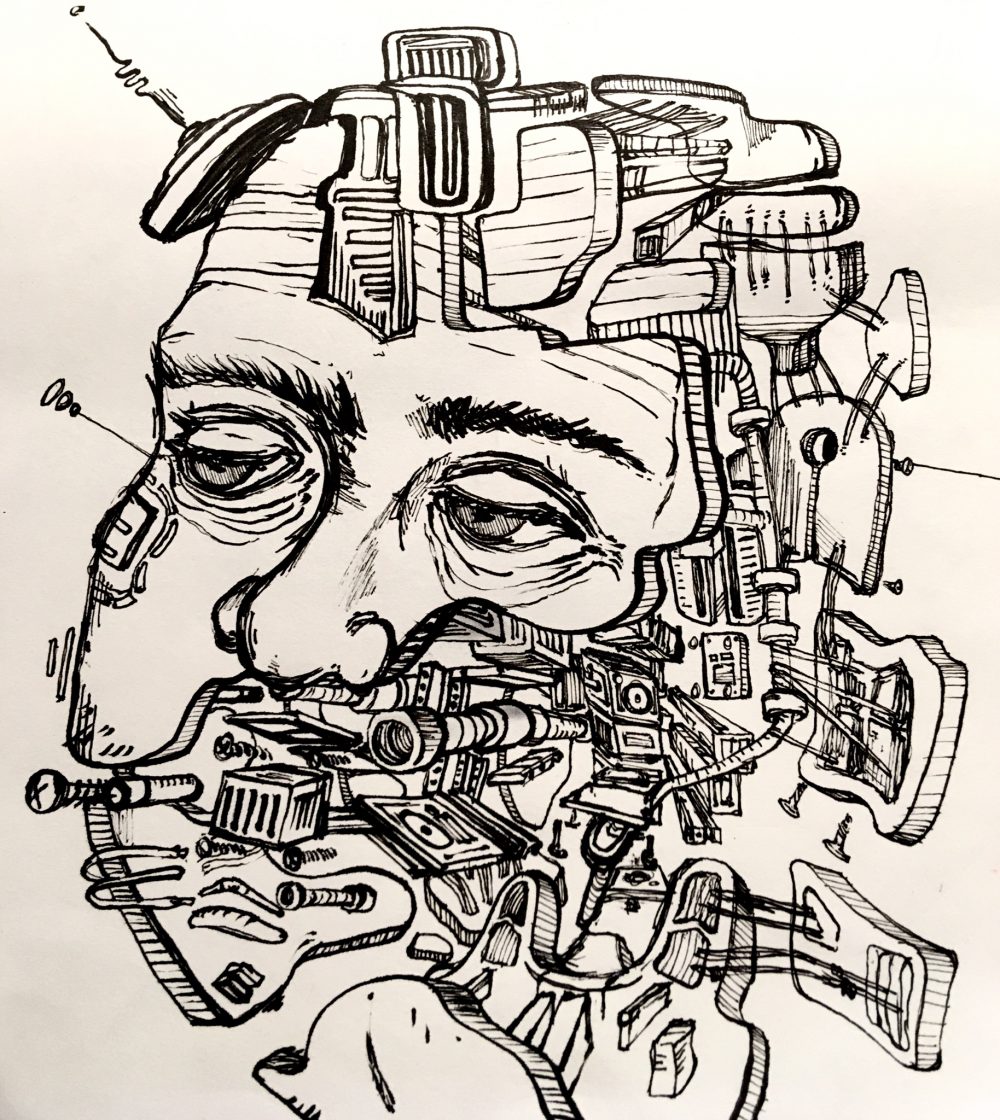 Every year, on her birthday, Ela did something she’d never done before. She’s lived a good life, run her own business, never had children, saved up some money, likes to enjoy herself. Sixty-one, she stepped out of a perfectly good aeroplane. Sixty-two, she took acid. Sixty-three, she took acid and stepped out of a perfectly good aeroplane no she didn’t I made that one up. Sixty-four, she bungee-jumped.

Joining her, awaiting our turn on top of the bridge, I asked her, you see that story about that woman whose cord broke and she got herself dragged a mile through crocodile-infested white water rapids? She broke every other bone in her body, but survived.

I’m glad you’re here, Ela said. Before, I was feeling nervous, but you’re a regular ray of sunshine, Joe.

She survived, I pointed out again. And the next year she went back to the same place and bungee jumped again.

The bungee people said next victim, and pointed at us.

Her cord didn’t break, she didn’t brave crocs or rapids, but she did do something to her ankle when they rowed out in their little boat to gather her dangling body. It called for an ambulance. In the hospital, she happened to mention this lump she had, probably no big deal and the docs said cancer. They told her not to watch any long movies. She asked me to bring her the longest film I could find, and could I pick up her bits and bobs too. Hey, I said, at least your ankle’s fine.

The neighbours had found out already about Ela’s c-news, were waiting either side of her door for me to arrive.

Just goes to show, said one, you can have all the money in the world, it can’t save you from cancer.

I could have money if I didn’t have kids too, said the other. She thinks because she doesn’t have kids, does all these things, she’s better than us?

She doesn’t think that, I said.

Well, who’s got cancer, said the other.

Just goes to show, said the one.

Inside her house, I found more neighbours. They were searching through her things, deciding ahead of time what they’d take if Ela died.

It takes more muscles to frown than it does to smile, I said.

Not on. You can smile all you want, they said, but it’s going to catch up with you in the end.

You think if she’d smiled less she’d not have cancer?

Can’t have hurt, can it? they said. They called dibs on Ela’s library, on her tv, on her record player, on her records. You don’t even like records, they argued with each other. I don’t care, they said. I already called them.

In my car, heading back to the hospital, I found more neighbours.

She is still with us, I reminded them. They smiled like they knew better. Sure you are, dear.

Back in the hospital, a beautiful giant of a woman was fluffing Ela’s pillow and jabbing a finger in her face. I don’t hate you, she said. You baffle me. And she spat out hate the same way she spat out baffle. We have one job on this earth, and you’ve eschewed it. Other beautiful giants were in Ela’s room. You’re missing out on so much, they told her, pulling out the hair from her head one follicle by follicle.

The most beautiful giant of all climbed in through the window of her room and said You know what hurts the most? It’s fearing for the safety of your child. But you wouldn’t know anything about that, would you?

What’s going on? said Ela. Do you all even work here?

A man was at her feet, digging his nails into her toes, drawing blood. My wife would give her eye teeth to be able to have children, he said. Her blooming eye teeth! What do you have to say to that, eh?

Another man at her elbow, twisting the skin, leaving red welts. Do you know what my family could’ve done with your money?

One more man climbed on to the hospital bed and squished his foot into her belly. You shouldn’t be allowed to run your own business. You should be at home, looking after your husband, raising a family

Stop it! I screamed. I tried to force my way into the room to save her but there were too many neighbours in the way, blocking the door, pinching her, cutting her.

Stay out of this! they said. This isn’t about you!

A man elbowed me in the tummy, his wife threw me to the wall and punched me in the side of my head.

Ela! I shouted. Remember the woman whose bungee cord broke!

Joe, she shouted back, her voice carrying into the corridor. I don’t know what that means!

Christopher James lives, works and writes in Jakarta, Indonesia. He has previously been published online in many venues, including Tin House, Fanzine, McSweeney’s, SmokeLong, and Wigleaf. He is the editor of Jellyfish Review.