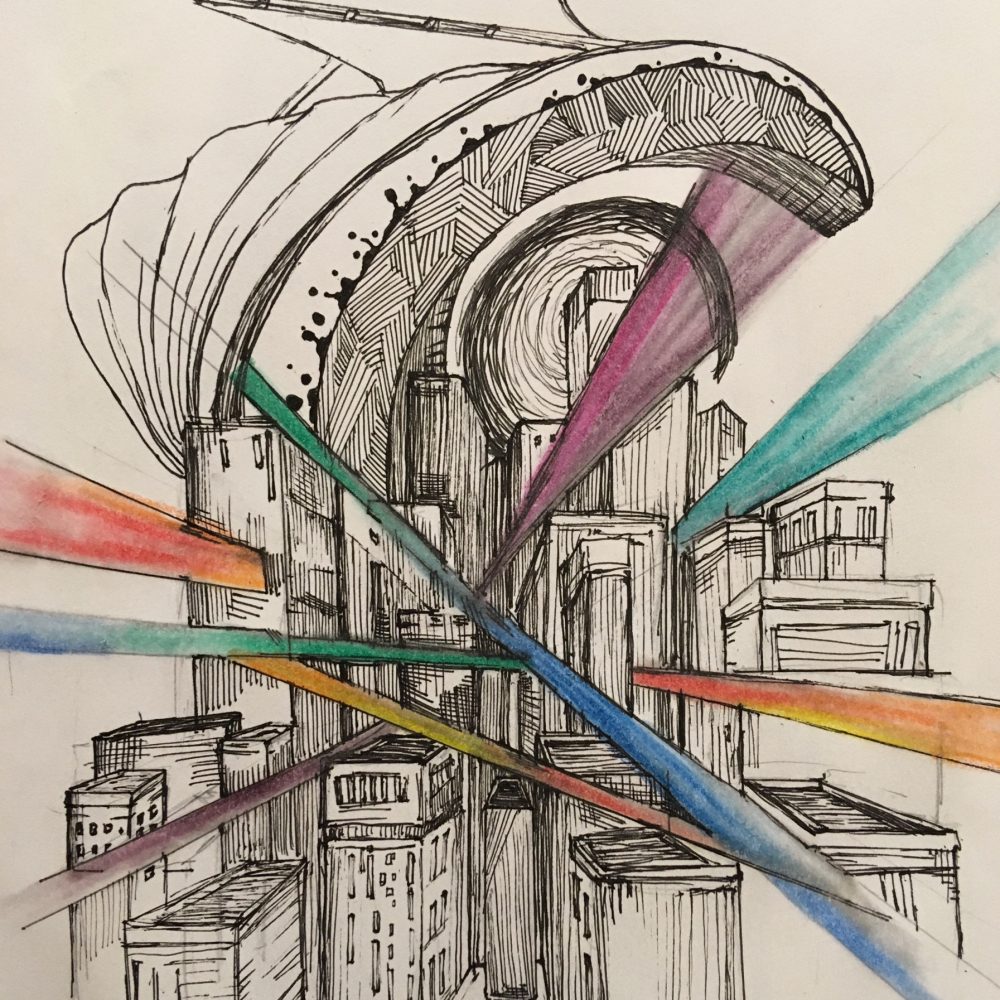 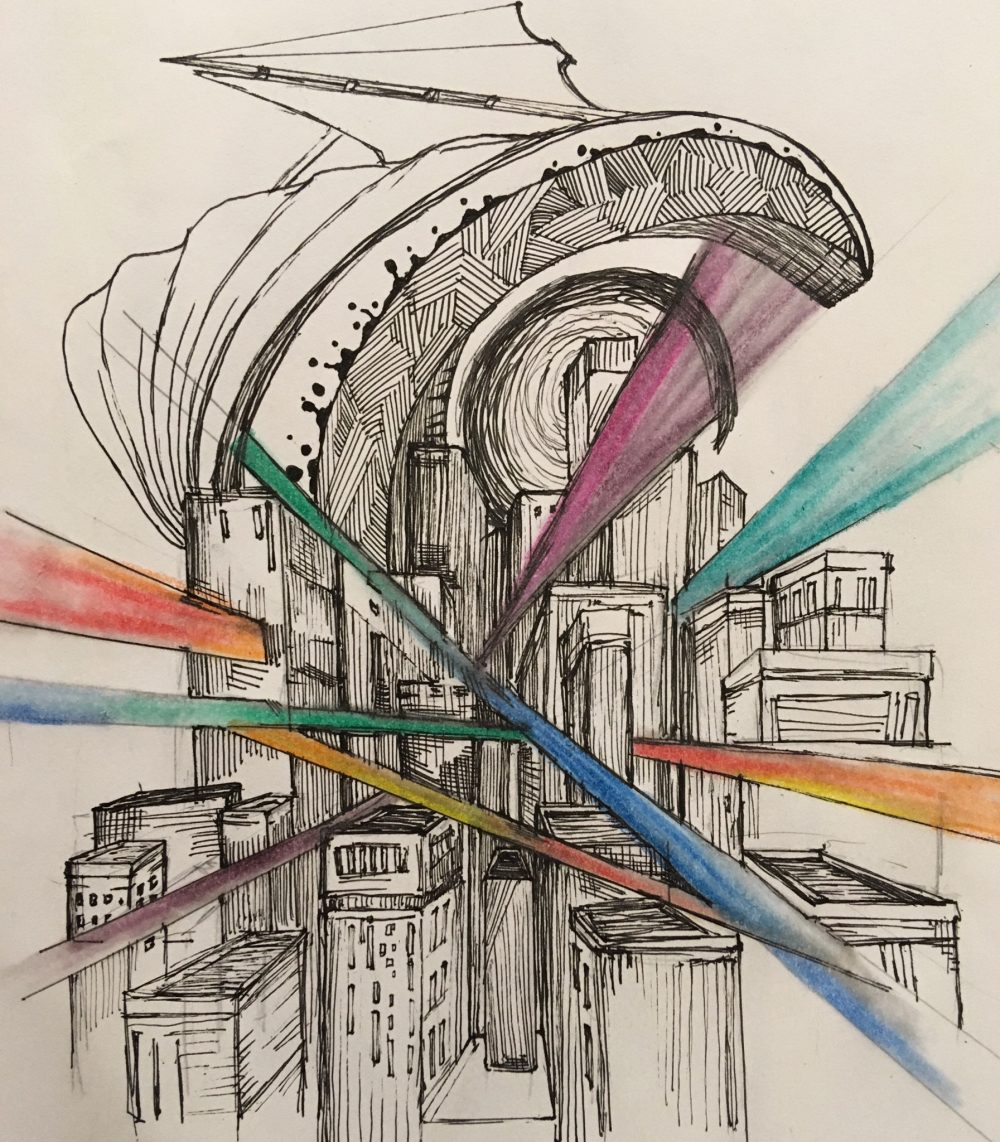 My cohort at the School of Social Work solidifies our project idea the first time we meet. I grind my teeth, eying the luxury apartments halfway finished across the street, blocking the view of Lake Washington the homes have had on this hill for almost a hundred years. My stomach whirls at the thought of a hundred years. I whisper an apology to the people in the past who struggled to get by while watching empires of wealth gobble up and spill all over everything around them. “We have failed to fix that problem.”

“Which?” Jeff, self-appointed group leader, lifts his brow in my direction.

“We probably could, actually,” I force my jaw open, “if we get after the one that makes all the others worse.” Jeff looks like at me like he’s not been in any of our sociology classes or living in this city since Amazon began holding it hostage.

“Okay, well, since we’ve only got a semester, what do you say we start small?” He winks like I’m his tiny child.

“What’s the difference between a rich neighborhood and a poor one?” Nobody responds. It’s a tricky question, to be fair, so I don’t make the group wait too long for the answer. “Peace.”

We design an app that allows any user in the metro area to request a scene be made as long as the target location’s median income is < $100k. We fancy ourselves superheroes – the Roving Crisis Team; we make capes.

We get our first ping before we’ve fully broken into teams. I don’t know how word got out so fast about it. The whole thing’s my idea, which at first is great since I don’t have to fight for how I want to participate. But then everyone decided I need to create the teams and nominate people to be ruckusseurs and my face flushes like when I was in the line-up for the recess soccer games and would always, always, always get picked last. I hated those self-appointed captains with their perfect braids and noses in the air and big, fat feet stomping all over everyone’s feelings for their own gain. I’d never be like that.

And yet, here I am. The ping is from a dude living in his car across 85th from Olympic Manor. This time, I can dispatch by process of elimination; the other potential ruckusseurs mostly live in that neighborhood, except the one girl from marketing, who’s obviously too brilliant at marketing to leave marketing since I didn’t even know the app was finished when Jeff’s phone, which has the beta version on it, started pinging off the hook. Probably how I should have decided this was by who’d be able to create the most believable scene and not necessarily by familiarity with the subject matter – that is to say socioeconomic status. But live and learn.

“Naomi and Javon, north with me. Sheila and Hasaad, south with Shaun driving. Points of contact are myself and Shaun.” We all exchange numbers. “Makes sense for Jeff to be on dispatch, yes?” Nods all around. “We’ll headquarter up in the lobby of Whitaker Hall after.”

We load into my car and drive the potholed roads up to the smooth, peaceful boulevards leading into Olympic Manor — $230k/capita; average age: 55; common occupations: technologist, computer scientist. It’s a gated community without the actual gate. The surrounding area was too nice for that I guess, except for the southwest end of the community, but most houses in the community were sprawling ramblers, so they couldn’t see the tiny houses with the broken windows like missing teeth and clogged sewer systems and sidewalk chalk and deflated balloons and paper plates splayed on random driveways from inside. They couldn’t hear the breaking windows and rubber screeching and dark fights. They couldn’t smell through spongey walls what wafts from a car a recent divorceé’s  lived in for months.

We’ve got megaphones, clappers and horns like sports fans take to games, confetti and a noise machine you can set to “rumbling trucks,” “shattering glass,” “loud TV,” “train” and other options I’m not yet familiar with. Naomi’s dragging her high tops on the street before I’ve totally stopped my car a few blocks south of the ornate brick setting the 80 or so turn-of-the-century homes apart.

Naomi leaps out. I have to stop suddenly. The back tires screech. Javon’s already on Naomi’s heels. “What kind of worthless woman can’t even keep the house clean,” he screams. Naomi chokes a little trying to twist a laugh into a sob. “What will the girls think?” Javon smacks the back of one hand against his other palm. “Answer me,” he bellows.

“Please,” Naomi shrieks, cracking her voice, holds her cheek and crouches. She’d grabbed a couple packets of ketchup from the dining hall and punctures one, squeezes it and splatters it on the pristine sidewalk. “Somebody help,” she whimpers after Javon smacks his palm again.

My childhood (Greens Commons — $1670k/capita; average age: 43; common occupations: dentist, data analyst), plays out for ten more minutes, including the part where a few curtains part but no one comes out. We pack up as soon as we hear the sirens and head back to base before the next notification of need for a crisis. The slap of Naomi and Javon’s high five causes me to hit the brake and jolt the car, echoing one last screech into a neighborhood who probably hasn’t seen a cop since their cars were black and their first line of defense was to ask what seems to be the problem and their last is not broken words or glass or bodies.

Do you feel isolated, uncertain about where in the world your story might be welcome? Megan Wildhood, a Seattle-based writer and social worker, can deeply relate - she feels like an outsider most places she goes. She's written about disability, mental health, estrangement and the misfit experience in, among other publications, The Atlantic, Litro Magazine, The Sun, America Magazine and in her chapbook Long Division, released this September from Finishing Line Press. Head on over to meganwildhood.com to learn more.