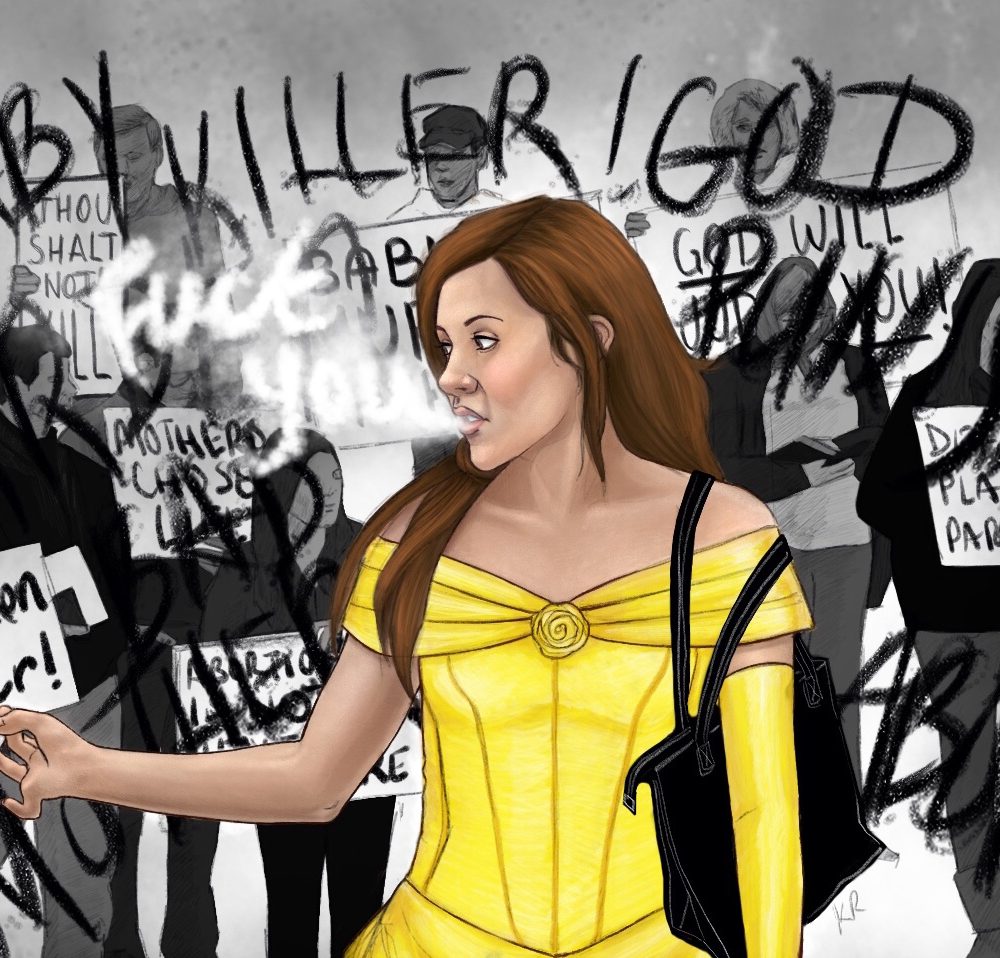 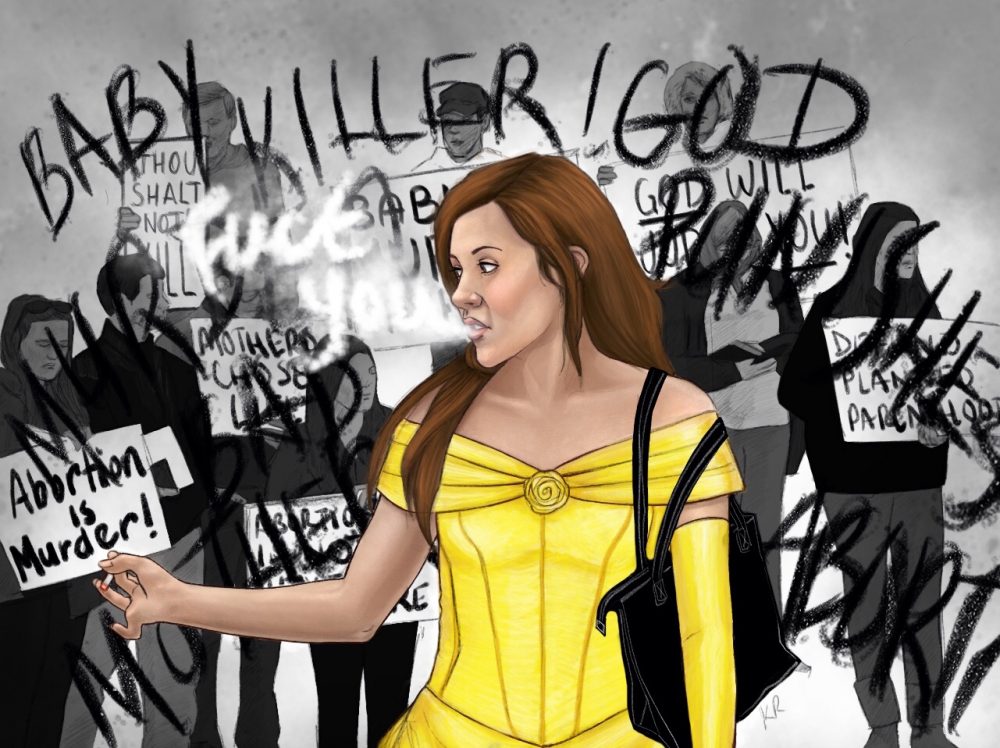 RaeLynn had moved to California from Mississippi when she was eighteen years old. She’d been prom queen so, naturally, she should be famous. Or so the Hattiesburg town narrative had gone. Her boyfriend received an athletic scholarship to a college in Indiana and felt he should use that time to “explore his sexuality” before committing to a serious relationship. So, with a shrug and a middle finger to the trailer park swamp she’d grown up in, RaeLynn bought a bus ticket, packed a large floral-print canvas bag, and set out for Los Angeles, leaving her third stepmother a note that said, “Don’t forget to feed Bonnie.” Her goldfish.

Upon arrival, RaeLynn took a job bussing tables at a diner that primarily served breakfast foods and paid for a week in a “cheap” motel room while she secured a more permanent situation, which didn’t take long. The cook’s sister needed a roommate.

Pursuing fame, however, turned out to be a more arduous task. She tried smoking more cigarettes but eating muffins and pancakes around the clock made it difficult to lose the extra twenty pounds an agent had recommended during a free consult, and professional-quality headshots didn’t come cheap. Unless she was willing to do nudes with the boyfriend of one of the servers at work because he was still “building his photography portfolio.” But that felt too much like the debacle that got Naomi Hodges expelled from high school and their principal fired.

When Charlene—RaeLynn’s best server friend—handed her the audition call for princesses at Disneyland, she knew she’d found her calling. After six hours of waiting, broken up by a quick reading before measurements and giving away all her spare tampons to other girls at the cattle call, RaeLynn was offered a role as Belle from The Beauty and the Beast. The pay was about the same as at the diner—including tips, but this job felt like it had more forward momentum. Still, she kept a few nightshifts at the diner to help her get ahead.

Unfortunately, six months later, she was on the verge of losing her dream job because in real life, Gaston does get the girl, and he refused to help her pull together what was needed to pay for an abortion. Not because he wanted the baby, but because he was already in hot pursuit of Rapunzel on the other side of the park. RaeLynn considered moving home to Mississippi—but to what exactly…the bunkbed she shared with her stepsister? After a month of picking up extra hours at the diner, RaeLynn scheduled an appointment at the clinic across town and headed there directly after her shift at Disney—still in costume because she was running late.

A news truck was parked down the road, and picketers surrounded the clinic with pro-life signs. “Murderer!” one screamed as she passed. What about MY life? she thought. Are YOU going to feed and care for this baby, so I can work to keep a roof over its head—our heads? Maybe they’d prefer we live in a refrigerator box on the side of the road.

She’d considered adoption, but she’d lose her princess gig just for being pregnant, and her own mother had abandoned her as a baby. She wasn’t about to bring a life into this world with the intent to strap it with the same burden of low self-worth and abandonment issues she’d struggled with her entire life. And who’s to say what the adoptive father would be like. She’d spent her adolescent years rigging bedroom door blocks to prevent her father from “accidentally” wandering into the wrong room when he stumbled in late every night covered in whiskey vomit. Once was enough. No. She’d been diligent about taking her birth control daily, and she wasn’t prepared to take on the responsibility of a child, nor was she prepared to sentence another human to a world of God-only-knows-what horrors. She’d just have to bear the burden of being the “murderer” of fetal tissue cells the size of a pea. She’d never been a believer in hellfire and brimstone, but as the laws of the universe likely go, she’s sure she’ll have a higher price to pay for being a meat-eater.

A news reporter rushed toward her as she was about to enter the clinic. “That’s quite a statement you’re sending with your outfit today—can you tell us a bit about yourself?” She held out her microphone for a response.

RaeLynn knew she must have looked like Bambi in the headlights. “My work shift ran late.”

“I love it,” the short, red-haired woman said. “Benny, are you getting this—we rolling?”

The man behind the camera gave her a thumbs-up.

“We’re here with Belle who arrived today without her Beast, intent on sending the message that women can’t depend on Prince Charming these days to share the load when baby makes three.”

“Are you in favor of legislation requiring men to be actively involved in child-rearing, the way anti-abortion laws force parenting on women?”

RaeLynn froze. “Where I come from, girls are dyin’ from home-spun abortions.”

“You heard it here, Los Angeles—America’s princesses are dying due to laws preventing access to safe, affordable healthcare for women.” She signaled to Benny, and he cut the feed. Turning to RaeLynn, “I’m betting this will go viral. Here’s my card.” She scribbled a name on the back. “Ask for my producer. We’d love to bring you into the studio for a sit-down in the full getup.”

“Antichrist!” a picketer yelled behind her.

RaeLynn pulled off one of her yellow, elbow-length gloves, lit a cigarette, took a couple of deep drags, then flicked it at the picketer. Hiking up the ruffles of her gold satin gown, she marched into the clinic.