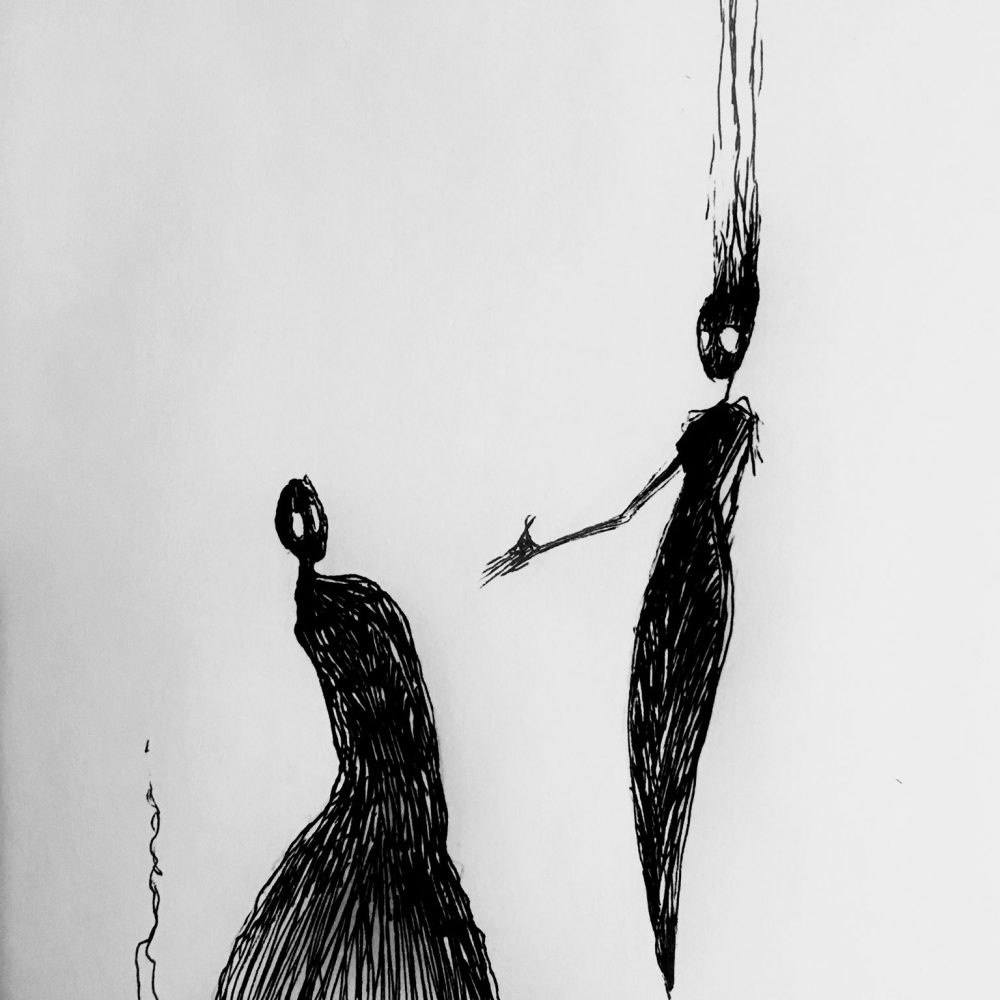 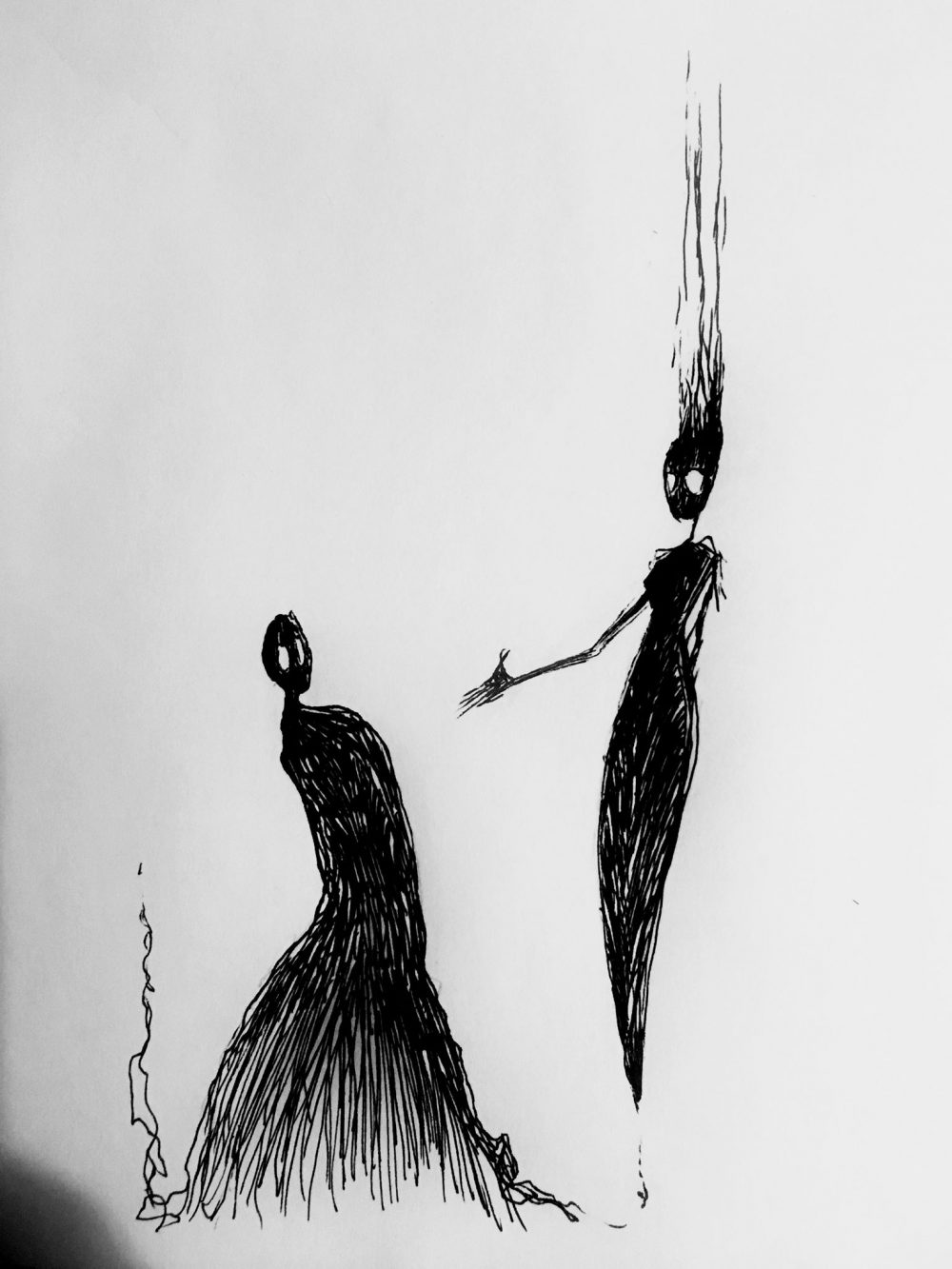 My husband is handing me the pen he has bought for my birthday. He’s not my husband actually. Technically he still is, yet I can’t consider him part of the team since last night, when he asked for a divorce. He claims it’d be too cruel to tell me on my birthday. Yet he was impatient enough to tell me the night before.

Tonight we celebrate. I blow all the candles at once, a difficult task considering my age. I’ve always counted the candles before, in fear that I would be charged of stolen time, should the candles be too many. On the other hand, if there were less than my real age, I would be the one claiming back the stolen years. This year I don’t mind. Time has beaten me.

I take the cake to the kitchen still holding the pen he has given me. I leave the cake on the table and take a piece for me. He can come and taket his own piece.

“Where’s my piece?” he asks, when I go back to the living room.

I can’t answer, my mouth full with cake, chewing another mouthful, until my teeth hurt, because there’s nothing more to chew; the cake is soft, unlike meet, nuts or his words. I slowly swallow it. My stomach already starts the difficult task of digestion, yet it seems unable to complete the process. Nausea overwhelms me.

I watch him sigh, without noticing the agony on my face. He heads to the kitchen and comes back with his own piece, which he eats almost at once, as if he has never tasted a cake before. I take it personally; he falls on the cake as if he hasn’t even tasted life before and I can see he blames me for that.

“I wasn’t stealing your oxygen or anything,” I tell him.

He looks up to face me, clears his throat and shrugs, leaving his empty plate on the table.

“It’s not you, love. It’s me,” he says, his cheeks red, his lips still wet, a drop of cherry syrup on his chin. As soon as I wipe it with my napkin, I despise myself.

“We’ve been together too long. We’ve married too young. Our kids have grown up, it’s time we live our life now,” he says in all seriousness.

“Haven’t we been living?”

Did we postpone life at some point? It happens. When people become parents, they sometimes give up on life. They care more about survival, carrying the responsibility of their kids on their shoulders. Yet they give up on truly living. As if living was a heavy burden, they throw it away and onto their kids, asking of them unconsciously to live up to all dreams they left behind. Some even demand it. There’s no chance of some one else fulfilling your dreams though. That’s common sense.

“You know what I mean,” he says, making a gesture indicating I shouldn’t play stupid.

He’s calm, yet sweet. Detached, yet empathetic. He always goes by the book, to avoid drama. He starts talking of the all the things he wants to do, all the trips he wants to take, all the people he wants to meet, a sad tone in his voice, as if he only speaks of a past unlived, instead of the future.

He now looks detached, as if fluently stating the grocery list, or a lesson he’s studied well and knows by heart. He talks as doctors speak while announcing bad news, as if they weren’t there, because if they were, they would collapse under the weight of their own words.

“I think you’re going through a midlife crisis,” I tell him, lowering my eyes, avoiding his eyes, playing with the pen, staring at it, as if the meaning of life is written on it and my worsening eye sight doesn’t let me detect it. This pen is all that’s left of him.

He nods apologetically. I’ve offered him a good excuse.

“A midlife crisis indeed,” he mumbles, as if ashamed, yet I’ve known him long enough to realize he’s actually proud of it.

Unfortunately, life doesn’t come with an instruction manual. He followed the steps, obeyed the rules, bought experience, provoked emotion, got sad, happy, bored, dressed accordingly, yet despite everything done right, life still sucks. So he now wonders what went wrong.

I hold on to the pen, the last thing he’ll ever give me, as that old song by Faith No More comes to mind. I used to love it when I was young.

“‘Midlife’ crisis wasn’t about midlife crisis at all, you know?” I ask him.

I’ve found out lately it was about Madonna and fake sentimentality. I miss the time when I wondered if I had the right to relate and dive into a midlife crisis at the age of twenty. However ironic, that’s exactly what this song was all about. About drama.

“Will you finish your cake, dear?” he asks, ignoring my remark.

I can’t finish the cake. I already feel full and exhausted. My stomach refuses to digest another piece of cake, or his words, or even my age.

I throw up to his face the moment he comes to take my plate. I feel relieved, emptied of all unnecessary food, or thought, or feeling. Almost perfect, like perfect is a skinned heart. I detect a glance of disgust, which he disguises as a fake smile. I’m disgusted too, yet only with him. I wipe the pen clean. The future is bright and sunny without him. I rely on this pen to write it, when I turn over the page, freed of all burdens, light as a feather, heading ahead into the life I’ve missed.

Another midlife crisis lands in the room, sinks in my vomit, then stands up proud, greeting his.

Mileva Anastasiadou is a neurologist. Her work can be found in many journals, such as the Molotov Cocktail, Maudlin house, Jellyfish Review, Asymmetry fiction, the Sunlight Press and others. She's the founding editor of Storyland Literary Review. https://www.facebook.com/milevaanastasiadou/