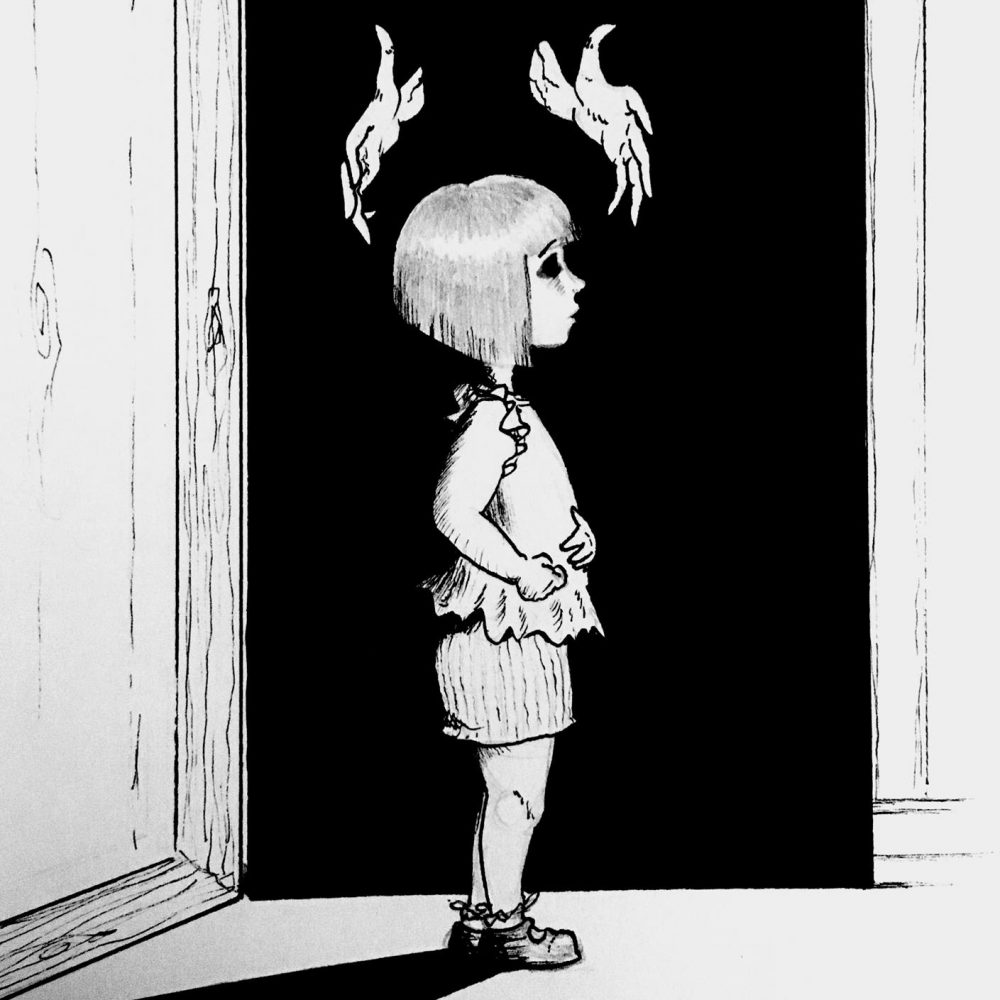 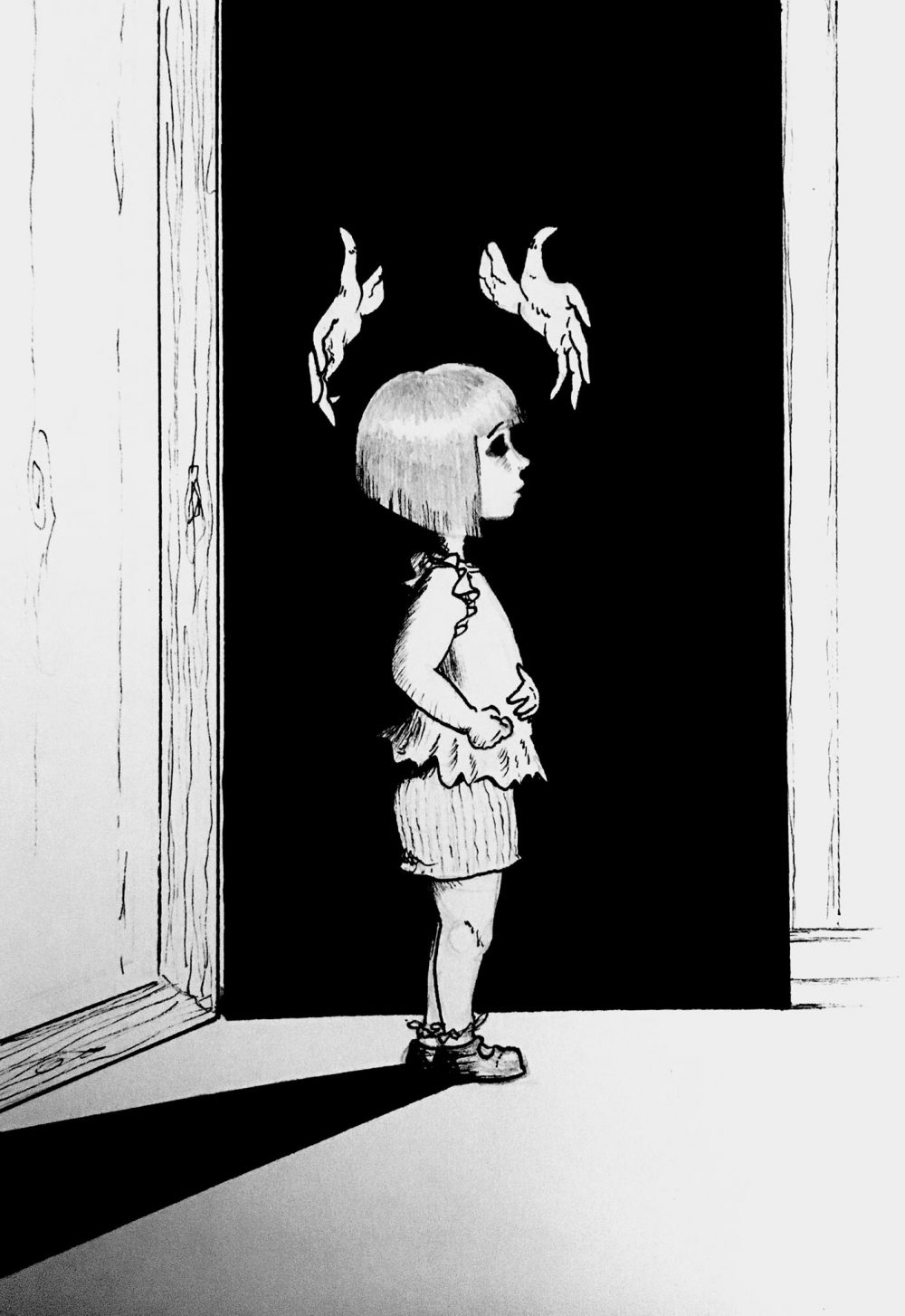 Study the girl in the purple dress. See how she plays, alone and content. Sunlight pours through the windows. The room is all pastel and bright as the girl marches her dolls around their tiny house. The dolls’ names are Betsy and Diane. The girl doesn’t know why these are their names, they just are. The girl is young, so no one bothers to ask her how she knows their names instinctually as she lifts them from their boxes on the morning of Christmas last. This one, with the red hair, is Betsy. She wants to be a doctor when she grows up. Diane is already a lawyer, but also wants to be a mommy.

“Fine,” everyone says and they smile and the girl isn’t sure why, but feels safe when they do.

By the angle of the sun it’s a little after noon and the girl knows somewhere in her belly the call will come any moment now, but ignores the thought because the call will come and there’s no reason to take action before it does. Play continues uninterrupted until the call comes and them resumes immediately after.

See the girl as she is now.

“Lunch time!” Comes the call from down the stairs: the sing-song of an effortless mother’s voice and now the cycle starts again and the girl ignores the call as she always does because untested boundaries are a waste of a young girl’s time. The girl knows this, but doesn’t know how she knows this.

“I said it’s time for lunch! Give Betsy and Diane a break and come eat!”

The girl sets her dolls in their proper places, stands silently and smiles as she exits her room and makes her way to the stairs. She is little and the staircase, with its tan carpeting and high banister, is still vaguely threatening, so she extends her left hand and slides it along the wood grain of the banister as she takes each step in turn, eyes cast down at her bare toes.

There is never a third call, but this is not why she freezes. The sing-song is gone from the voice and something else is the matter… The girl doesn’t know what, exactly, and doesn’t wonder. She just stops taking the stairs. The house is quiet other than her heartbeat, which she can feel has quickened in her chest. The wood of the banister doesn’t feel right. It’s too cold: nearly metallic and the carpet on her bare feet is alive. It’s moving.

“Please don’t make me come up there! Lunch is getting cold!”

The girl steels herself against repercussion. She does not want to move further down the stairs. She senses some non-specific danger, but doesn’t want to be punished if she’s wrong. Still, something urges her to remain frozen.

Moments pass and the girl begins to move again, taking each step more cautiously then the last and, finally, there is wood under her bare feet. She pivots right and looks down the hallway toward the kitchen. It is pure-white, sleek modern and there doesn’t appear to be anything to fear. The sun pours in via the French windows and the shadow of her mother shuffling back and forth in front of the stove is cast clearly and recognizably on the tile in front of the door.

The girl moves down the hall, studying her mother’s shadow. Again the nagging feeling comes. Something isn’t right. The shadow is too much, somehow, but the girl shuffles toward the kitchen regardless. When she nears the door to the storage closet under the stairs she pauses again, but has to keep moving. She has no choice.

The girl lifts her right foot and is about to place it when the closet door springs open and she is embraced in a tight, desperate grip, which drags her in one swift motion into the closet and in a flash the door is closed and she is enveloped in darkness. The girl feels a firm, moist palm over her mouth and she struggles against the pressure on her body until she feels hot breath on her ear and hears a panicked whisper.

The girl relaxes immediately, as all young girls do when they hear the tone of their mother’s voice. The palm on her mouth relaxes slightly, but remains in place.

It is only then that the girl registers that there are still sounds coming from the kitchen. Both she and her mother study the noise. The girl can feel her mother’s heartbeat on her right shoulder blade and hear the hushed frenzy of her breathing.

Again, from the kitchen: “Come now! You don’t want your lunch to get cold, dear.”

There is more hot breath on the girl’s ear.

“I love you, honey. Remember that I love you.”

Steps slowly approach the closet, transitioning from tile to wood. The sound is one of those things that aren’t right in some way that neither of the figures huddled in the closet can pinpoint as they brace against each other. Their bodies are still, aside from their eyes, which track the noise of the footfalls approaching the door. They struggle not to breathe, but for that their breath seems louder all the time. The steps cease just outside the closet, casting a shadow at the threshold, somehow too long and too compressed at the same time. The girl and the mother’s eyes widen. See them as they are now: no longer breathing. Nothing moves. Stillness. Silence. They stare hard at the brass knob on the door with eyes that are only beginning to adjust.

They see only the knob.

It begins to turn.

Dan Lauer's work has appeared in The Ampersand Review, on The Drunken Odyssey with John King podcast, and at the There Will Be Words live reading event in Orlando, FL. He writes, produces and hosts the podcast Wetwork, which can be found and heard here: http://wetworkpodcast.com/.