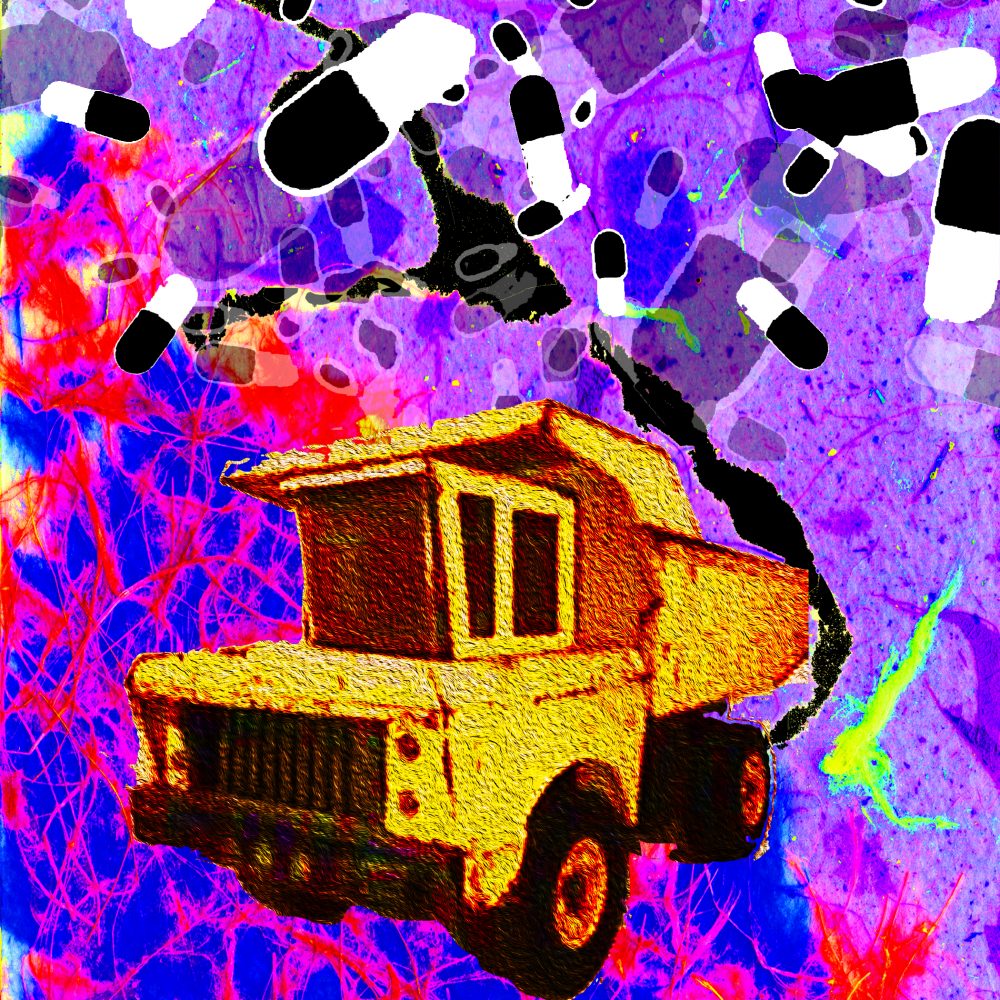 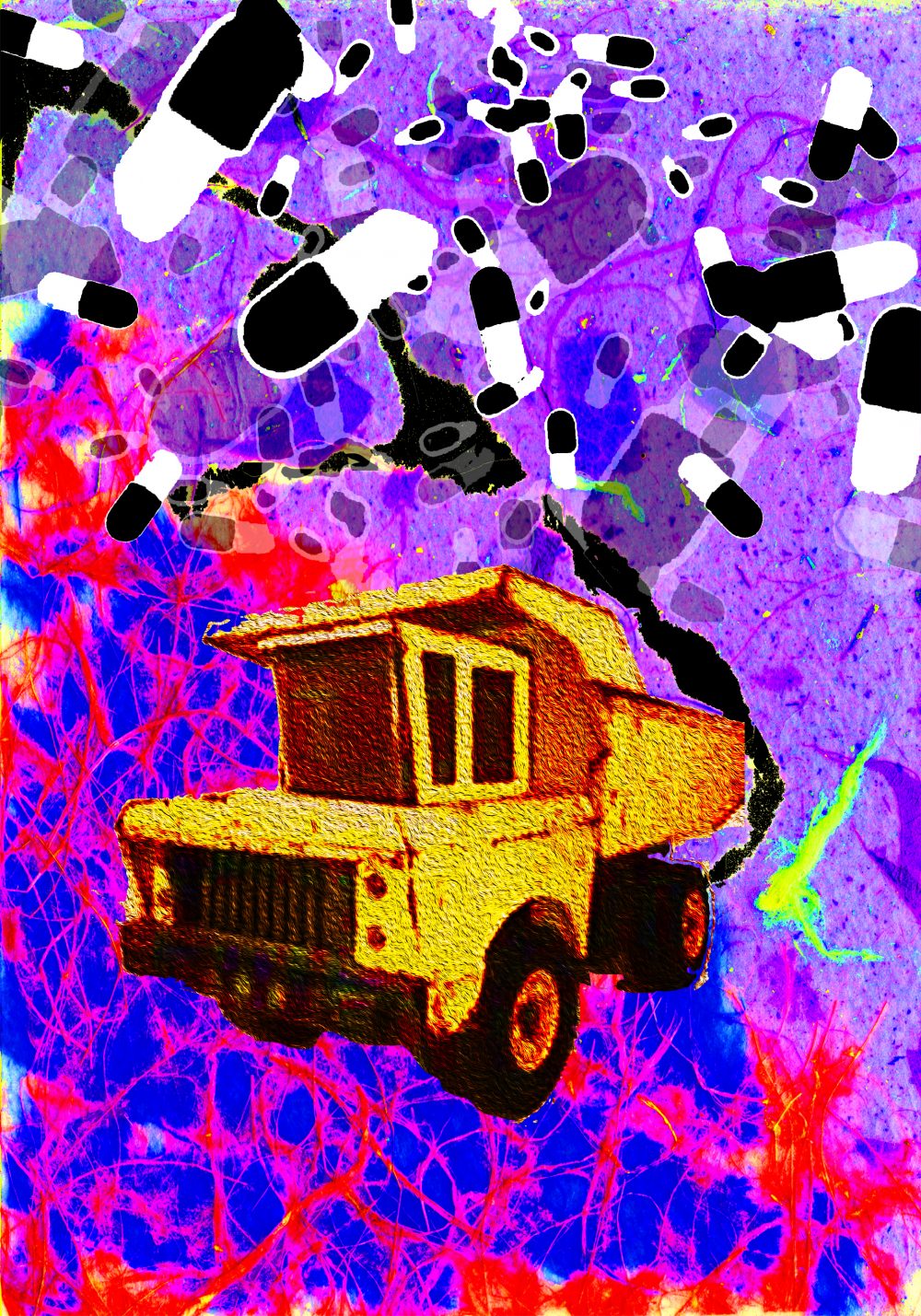 When he knocked, Mr. Wolf was in his tiny kitchen preparing his breakfast: a piece of cantaloupe and some bad oatmeal. His many colored pills lay on the counter by a pile of half opened mail. He knew he shouldn’t, but he lit a cigarette and exhaled. How, he thought, had it come to this?

He remembered the good old days: demolition by day, revelry at night. Back then business had been booming. The money flowed for new construction and his family’s business was in great demand. Knock this old building down for a parking lot, this for a new strip mall, this one for X, Y, and Z. And so they had all huffed and puffed and—

The knocking resumed. Mr. Wolf swallowed his last pill, placed his bowl on the counter, and dropped his butt into the sink. Of course, even before he finally opened the door, he knew who was there. How could he not? The mail had steadily increased with the red stamped “final notice.” And he had thought, this is it. This is how the Wolf family name will end. Divorced, no children. Siblings, deceased. One by drunk driving, the other in a hunting accident. Patriarch, dead. The memory of his father’s demise never completely gone: mesothelioma—ruled an occupational death. And the lawyer who handled the case, poof, gone.

Of course, his father should have done the right thing. He’d been given so many chances to do the moral thing. Was it the money? Greed? Power? A combination? he thought as he opened the door.

Mr. Wolf sighed internally, and extended his right hand as well. Two firm pumps, he thought. Very professional. He’d avoided this guy for the past few months. The guy had left envelope after envelope, initially never knocking. But now, he was here, on his front porch, shaking his hand, saying, again, “Hello, Mr. Wolf.”

“Have you given any thought to the bank’s offer?” the man asked, understanding that he would not be invited in.

Mr. Wolf wanted to tell the bank employee to go to hell, but he could only utter, “Yes,” and, “I need more time,” and “If you could just…”

“Of course,” the man said. “Of course. It’s just,” and the man reached into his pocket and pulled out a small calendar and opened it. “The bank’s just really concerned about the timing, you know? They want to make the transition as smooth as possible. So, we don’t mean to rush you, you know, but they’d like an answer very soon. You know how it is with business people.”

Mr. Wolf nodded, relieved momentarily, but then he saw it, as the man kept talking about dates. It was by the exit of the cul-de-sac: a mustard dump truck, a wrecking ball, three stout pigs inside. Karma.

Mark L. Keats was adopted from South Korea at the age of three. He earned his MFA in fiction from the University of Maryland and is the recipient of a Kundiman Fellowship. His work has appeared or is forthcoming in Joyland Magazine, Hyphen Magazine, Waxwing, The Offing, Smokelong Quarterly, and others. He is currently a PhD candidate in English and Creative Writing at Texas Tech University.

Genevieve Anna Tyrrell is a visual artist and creative writer. She earned her BS in Electronic Media and Film at Towson University and her MFA in creative writing at the University of Central Florida. Her writing has been published in Creative Nonfiction, Blood and Thunder: Musings on the Art of Medicine, Hippocampus, Carve Magazine, and Niche. Her art has appeared in The Rumpus, Smokelong Quarterly, and Animal: A Beast of a Literary Magazine. She is also a previous Pushcart Prize nominee. She lives in Orlando, Florida, and has taught both composition and creative writing in the area.