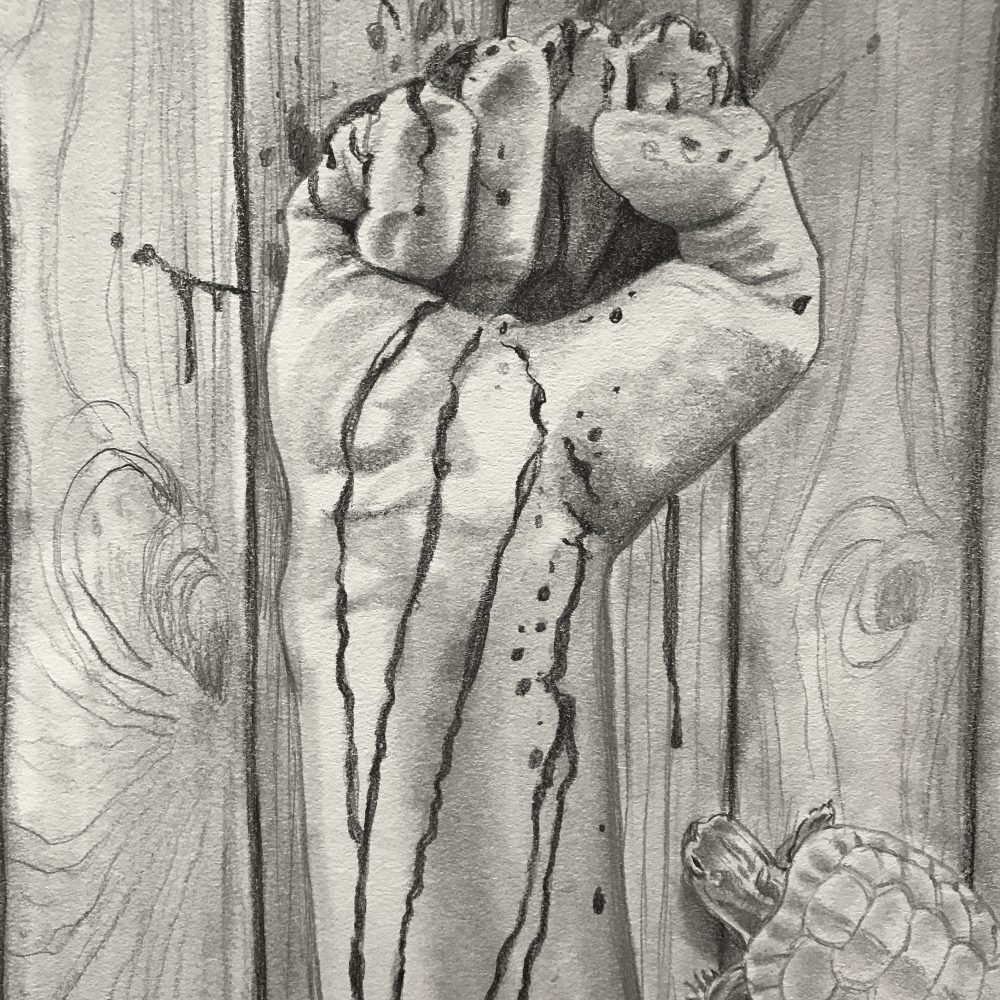 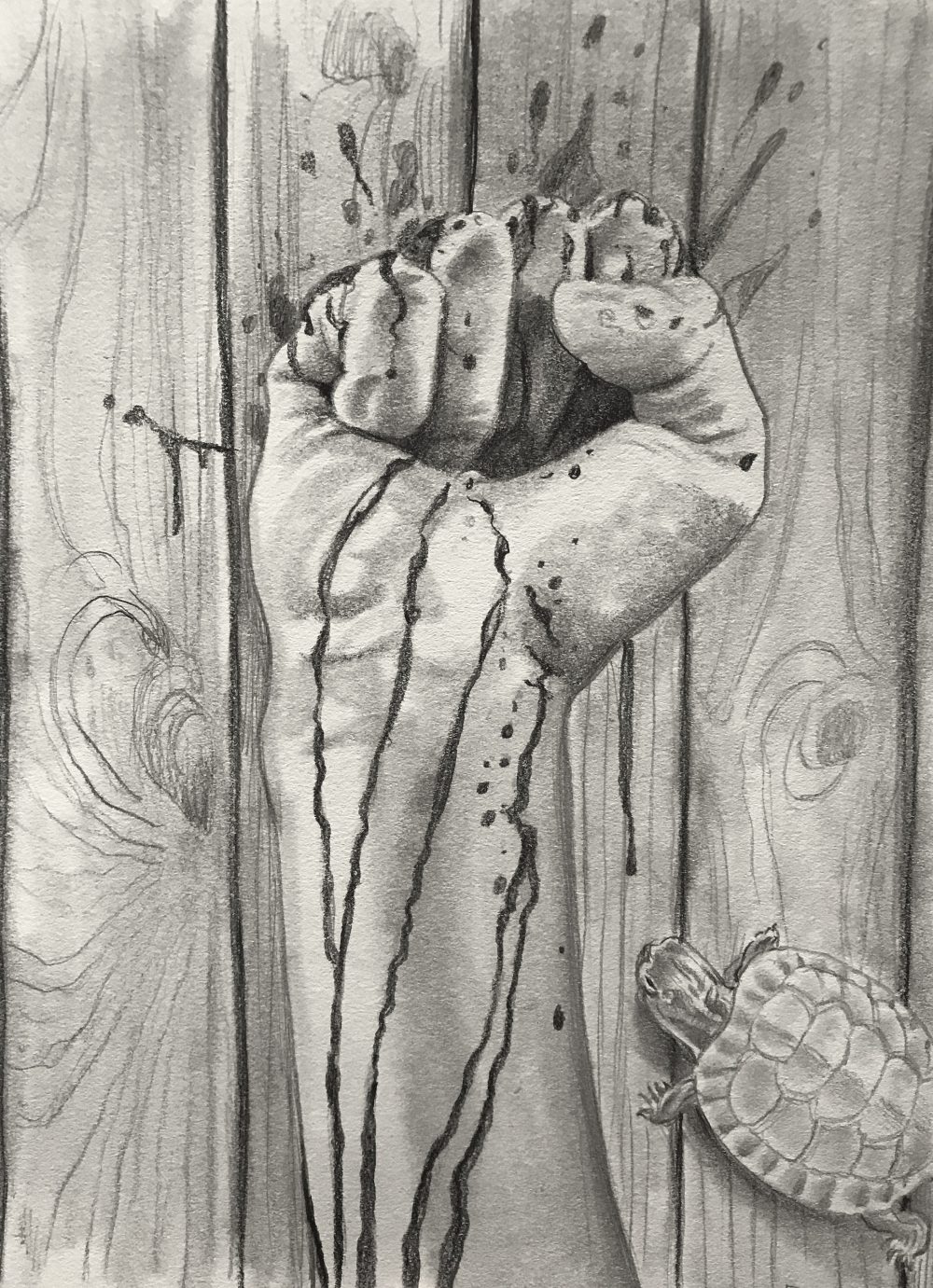 Beatrix Kiddo, aka Black Mamba, attempts to break though the coffin where she’s been left to die. Her captor left her a flashlight before nailing shut the lid, though a flashlight does little good so far underground. But now Beatrix can see the narrow walls, the low roof. She remembers Pai Mei’s warning that one must be able to hit an enemy only three inches away. Her knuckles are already torn and bloody after three tries.

You’re diagnosed with bipolar 2 disorder and put on medication to reroute your brain from the killing machine that it is. You go to therapy, give up alcohol, and exercise daily. Still, your plants wither and die. The turtle you’re petsitting has disappeared. Friends slowly stop calling and you wonder if your brain has killed them too. You use whatever’s on hand: fork, keys, knife—doesn’t matter how dull so long as it reflects a little light. You draw enough blood to prove at least you’re alive.

Pai Mei would knock Beatrix on the head with his staff when she missed a beat while punching a block of wood, made her use chopsticks to eat even though her hands shook uncontrollably. He knew the value of pretending to be human when your body betrayed you. The enemy is constant, unmoving. Even in the dead of sleep, she would strike the wall. The wall always won.

This morning you wake up strangled by the bedspread. The voice inside your head whispers you’re a prophet of God. It speaks in tongues as you burrow into the covers. You eat breakfast and try to find the turtle even though you know it’s been abducted by aliens. You’re afraid to take a shower because the bathtub is coffin shaped, only smaller. Once you step under the hot jet stream, the voice inside your head whispers that you’ve been baptized and never have to leave. You buy hundreds of Christmas lights and string them all around your house. What prompted this episode? a friend texts. You rummage through a litany of answers: menstrual cramps, job pressure, demon possession, because it’s Wednesday. There’s never enough story.

Meanwhile, Beatrix escapes. Another assassin takes revenge on her would-be killer using a black mamba snake. Assassins love metaphors. This is how Beatrix kills Bill: pointed fingers darting into his chest, a dance around his heart until it explodes. You wonder if this is how your best friend felt in the last moments of her life, her depression dissipating into a chorus of balloons. You still haven’t washed your hair, and the stack of work on your desk has grown into a small hill. The turtle might be buried underneath it. You try to ascertain how much air you have left with every strike of your fist. There are nights you hallucinate seeing the stars, and days when sunlight is merely a diffused beam from the flashlight, your knuckles scraped so raw from the wood, you can only call it love.