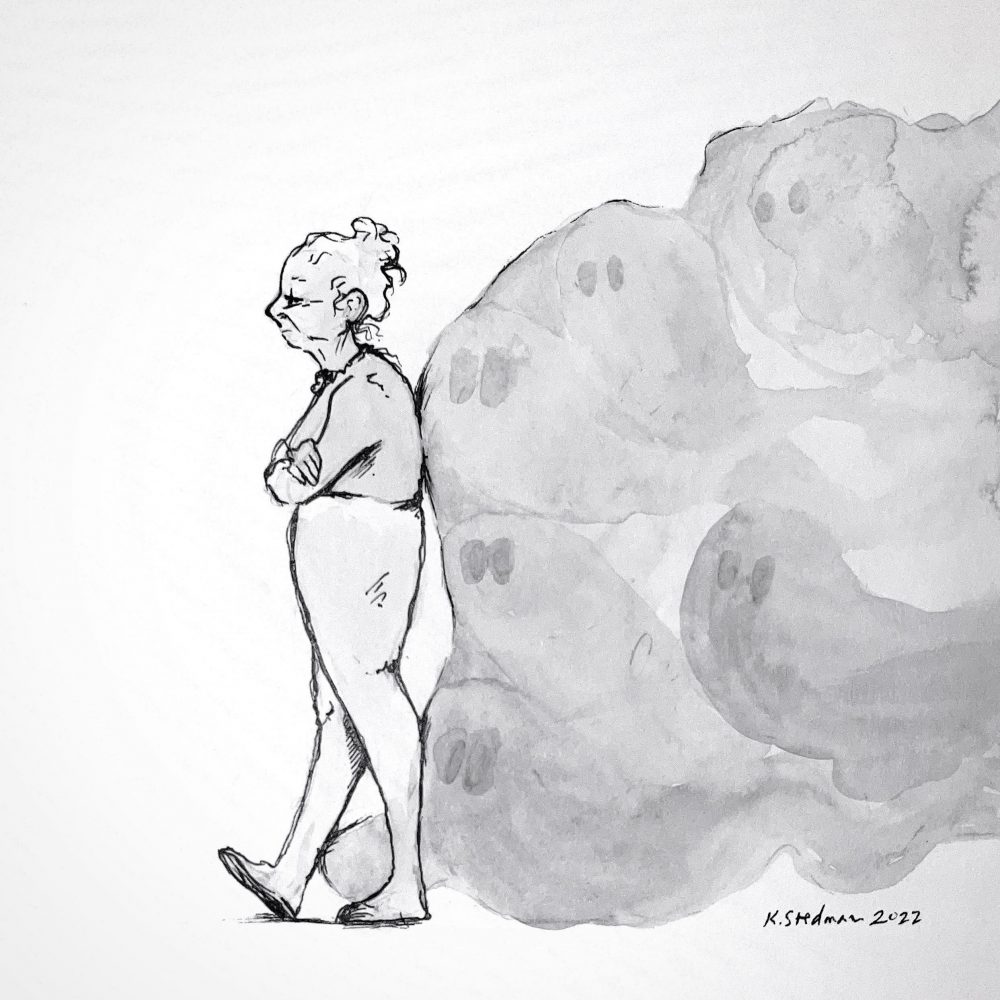 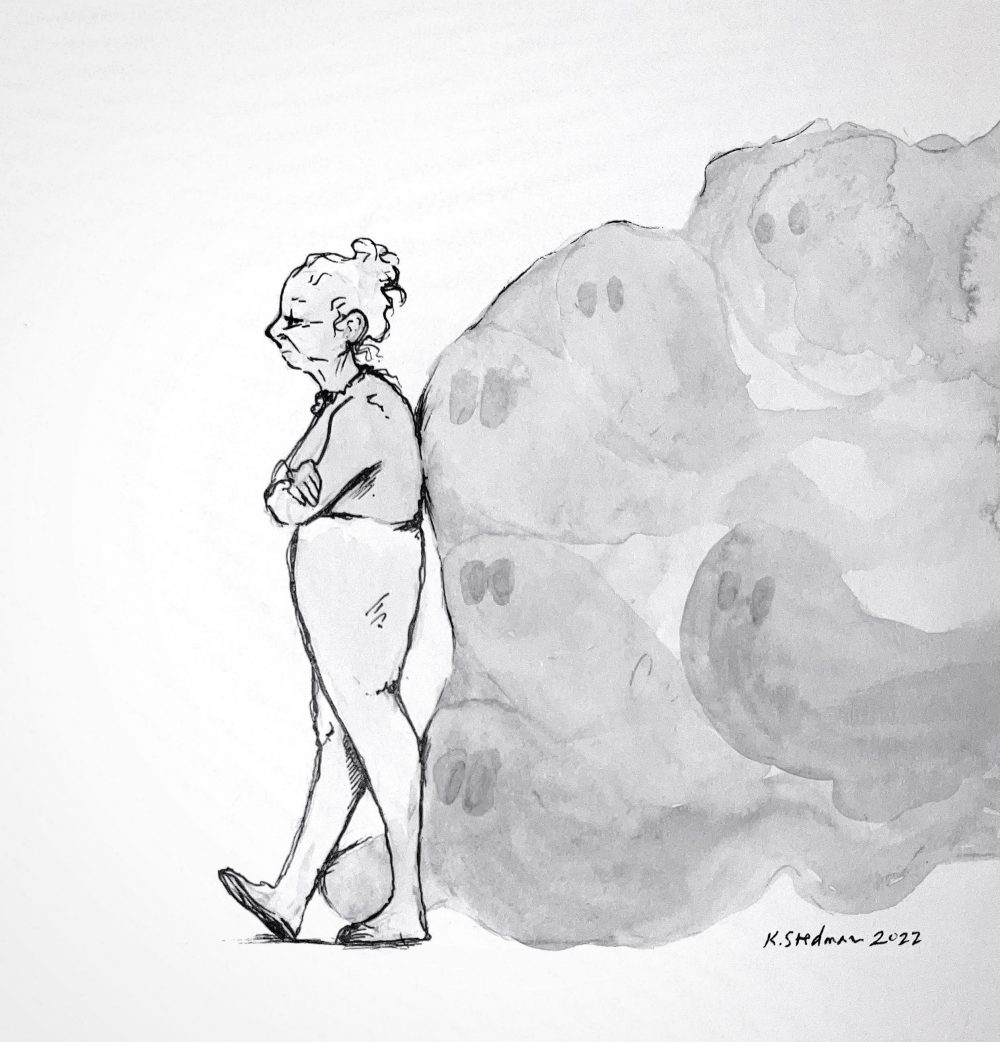 It started with the clanging wall heater. But every office had that. It was an old building and I was becoming an old proofreader. Moving on soon? the designer asked after I’d been there seven years. What’s next? asked the office manager. Nothing, I’d say. Nothing’s next. On my tenth anniversary, marked with a birthday e-card from the senior editor, the moaning began. Mooove on. Mooooove onnnn. At first I thought it was a joke. It sounded like Barbara the print buyer. But soon the moaning was just white noise, and I was equally unfazed by the levitating page proofs, and later still by the flickering lights. It was an unusually hot day in my sixteenth summer when the ghosts appeared. There was the little man with the visor and sleeve garter who nonetheless had ink all over his cuff. There was the lady behind all the moaning who was clutching a Dictionary of the English Language against her whalebone-corseted ribs. And then there was the old guy whittling a wooden typeset block with a scrimshaw knife. I knew why they were there. It was sort of professional intervention. Mooove on, they moaned together. Mooooove onnnn. I didn’t. I wouldn’t. Instead, I welcomed them as kindred spirits. They’d float around my office and we’d bicker over what to hyphenate. Or debate the series comma. Or whether Internet should still be capped. (I always won; they didn’t know what it was.) On hot days, I’d walk back and forth through their cool, misty vapors. On cold days, we’d gather around the heating duct and moan, Spellll checkkk. Spellll checkkkkk, piping it into the other offices. Twenty-two years soon, huh, said the associate manager of social media, but it wasn’t phrased as a question. When we lean in to change, said the SVP of digital content strategy, in an incomplete sentence. I saw them shiver from the cold front created by the ghosts following me around the building. I read their frosty body language as I blew deadlines with my corrections in Google Docs. On my twenty-fifth anniversary, I finally accepted my pension, the present of my old wooden office chair, and my colleagues’ gag gifts. These included a grubby turkey feather perhaps meant to be a writing quill, a Styrofoam stone tablet and chisel, and a T-shirt made by the interns that said, “Colons go before all of your shit.” It was late when I left the building for the last time. I stopped for one final look back. The ghosts waved their watery hands from my darkened window. When I paused a moment too long, they made shooing motions with their hands that said, Moooveee on, moovvee on, and I did. And I will.

Lynn Mundell is co-editor of 100 Word Story and author of the chapbook Let Our Bodies Be Returned to Us (Yemassee).