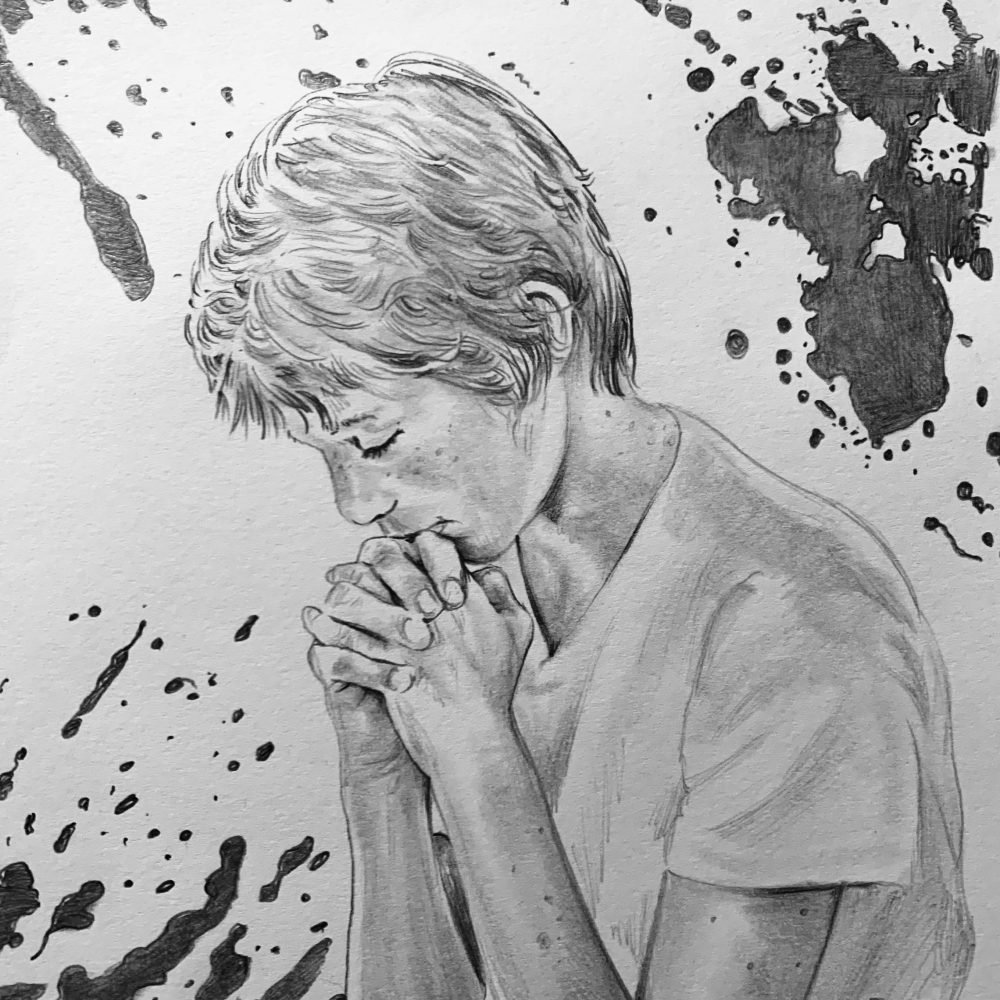 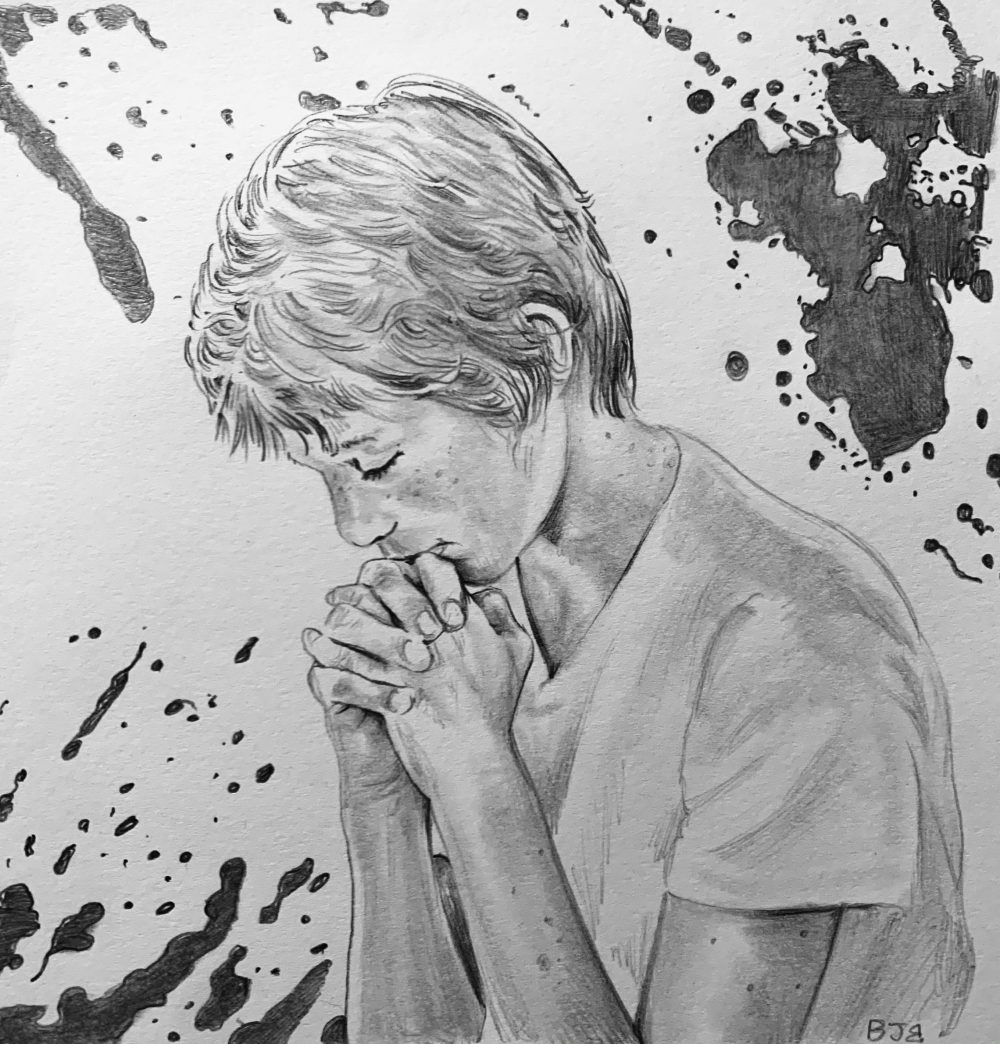 Three times he says it: everybody down, everybody down, everybody down. He has a gun in one hand, and a gun in the other. We do what we are told. Slide from our seats and bow, face to the linoleum as if we are praying. Some of us are. I noticed him outside, on my way to class. He was smoking a cigarette methodically, eyes boring holes through the students walking past. He’s a grade or two above me. Today there was something that set him apart, something enigmatic and magnetic. I didn’t understand it, but I felt it. A frantic electricity, a voltage leaping off of him that crackled in the morning frost. Simon says, I smell piss. His hiss of disgust is for a moment the only thing in the room, then, too, the slow awful swish of his Converse down the aisles. A whimper from a girl, then a bang. Now I smell blood, Simon says. I see the gore-splattered fronds of his Levis slink past. There is a sickly whiff of something humid and flowery, and a mouth full of pennies. Bile rises in my throat when I realize it is the spoor of his first victim. We can talk about this, a voice creaks from the back. Shut up, damn it! someone else shouts. My heart is beating so fast I wonder if it will give out. I think, we don’t need to talk, we need someone else with a fucking gun.  Simon raps on a desk with the barrel of his upper hand. Talking in class would be uncouth, he says, deliberating each word, tapping one of his guns again against the hard surface. There is another blast and the blackboard explodes. Then pop, pop, pop, and someone starts to scream. I leave my body for a moment, watch cops stride across my mother’s tidy lawn. Push the bell, call her ma’am. I feel her world turn silent. The scene changes. Now I’m in a bare room at the precinct. They’ve armed the survivors with hot chocolate. They speak in warm tones as we give our statements. Was there anything suspicious in his behaviour that you remember? one asks. Not really, I tell them. I didn’t really know him. Who wants to be next? Simon says. Then, a sadistic giggle. What do you want from us? someone cries. Bang, bang. Sirens now, racing close, and I wonder how this is going to end. Open your eyes! he orders. Look at me! We see him now, a pistol at each temple. Just before the big bang:  I want you to know who I am, Simon says.

Lorette C. Luzajic is editor of The Ekphrastic Review, a journal she founded in 2015 that is devoted to literature inspired by visual art. She has a journalism degree from Ryerson University, but went on to pursue a more creative path. Her prose poetry and small fictions have been published widely, including Cabinet of Heed, Litro, No Contact, New Flash Fiction Review, Unbroken, Cleaver Magazine, Fatal Flaw, JMWW, and many more. She has been nominated for several Best of Net and Pushcart prizes. Her flash story recently won first place in a contest at Macqueen’s Quinterly. Recent books of many are Pretty Time Machine: ekphrastic prose poems (Mixed Up Media Books, 2020) and a greatest hits collection, Salt (Cyberwit Books, 2021, India). Lorette is also an award-winning visual artist with collectors in at least 25 countries from Estonia to Peru. She lives in Toronto, Canada. Visit her at www.mixedupmedia.ca.