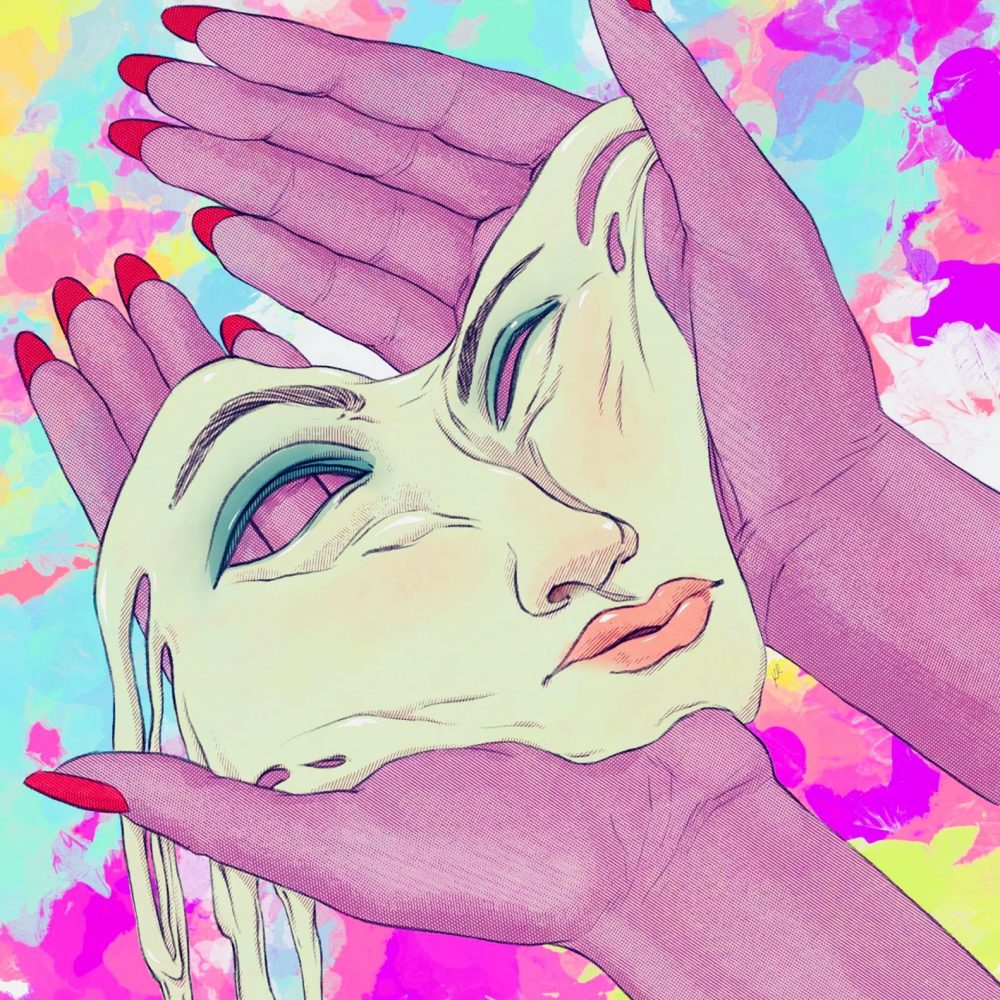 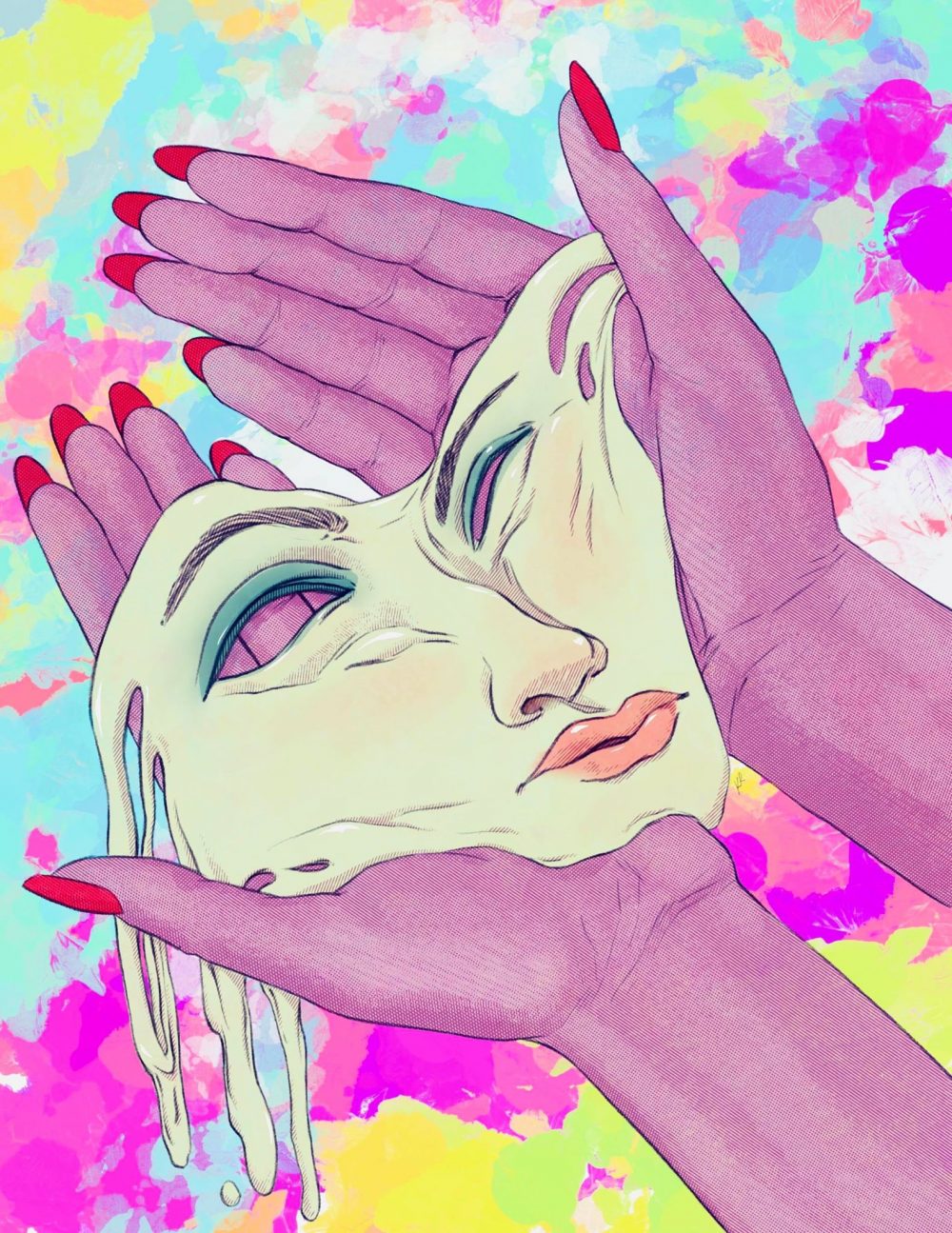 She treated her skin like flour, an insipid and useless substance whose taste depended solely on the ingredients mixed into it. Some days the flour seemed too pale, so she added a pint of vanilla and stirred until the two blended enough to become one. On other days she caressed the flour with the tip of her fingers, and it felt too dry, so she added an egg into the mix and massaged it until it resembled the pimple-free cheeks of an infant.

Many years ago, when the woman was just beginning her career as an artist of her appearance, there were days in which she did not need to change anything. She would glance at the mirror that spread across the front wall of her room and would notice nothing that required her talent. Her cheekbones were elevated with such precision that they caught the light and dispersed it across her face like a gentle white veil. Her lips resembled a peach at the height of its bloom, that subtle midpoint between spring and summer when it looks ripe enough to be taken to one’s lips but has not yet fallen from its tree. The arch of her eyebrows made her expression less gentle than that of most young women, but it was not so sharp that it caused others discomfort. The shape of her breasts resembled the curve of a wave right before it breaks on the shore. Her body was the perfect combination of beauty and comfort, and she knew it.

But, as the years passed, the woman’s talent became more refined. She began to notice the pimples rising to her face days before they punctured her skin. Her eyes landed on every knot in her waves, on every hair that had fallen from her scalp and landed on the bathtub. Sometimes she would get an itch on a leg or an arm, and upon scratching it would recoil at the feeling of dead skin accumulating in the cracks of her fingernails.

On a Tuesday night, she woke up with a start: There was something wrong with her nose. She took her left hand to her forehead. She submitted her muscles to gravity until her fingers began to drift down her face. Her hand halted at the tip of her nose. The bridge of her nose had a bump. It couldn’t have been larger than five millimeters, but in the middle of her nose it felt like the hump of a camel. Surely anyone could see it.

She knew then what to do. Her face was a meal in need of cooking, and it was up to her to apply the right ingredients.

She rushed to the kitchen and opened every cabinet and drawer. She stared at the ingredients in front of her until an idea sparked within her brain. She measured five spoons of flour and dropped them on a ceramic bowl. She reached for a lime-green powder to her left and a peanut-brown powder to her right. She poured exactly half of each. She grabbed the splinter-free wooden spoon she’d handcrafted for situations like this one and began to mix the substance in front of her. The ingredients blended together to form a paste the color of wheat. Finally, she added an acidic honey-colored drop of oil and let the mix sit for eleven minutes.

This will do the job, she thought as she grabbed one gram of the paste and applied it on her nose. The effect was immediate. She could feel the acidic oil chipping away at the excess bone. It was like erosion, only faster.

When she could no longer feel the particles of her nose dissolving, she rinsed off the paste. What lay on her face was a perfectly fine nose, but what she felt was a disaster. The acid had burned away the excess bone, but it had not touched the excess skin. Without the hard support underneath, the skin sagged a few millimeters to the side. The tissue resembled one of those kitchen rags so old that no amount of washing or drying can salvage.

Convinced that it would work, she spread one gram of the paste on her sagging skin. Unfortunately, she left it for two seconds too long, and, when she rinsed it off, the tissue of her nose felt too stretched, like a balloon on the verge of breaking.

She shrieked. She needed a soothing salve immediately. She grabbed the napkin with the fewest drops of paste scattered across it and wrote down all the ingredients she could possibly need: flour, lavender oil, honey-colored gelatin, sunflower seeds, mustard-like cream, pepper, eggs, lilies, Aloe Vera, vanilla, strawberry yogurt, vinegar, coconut, watermelons, wine, peaches.

But when she arrived at the store, she was appalled, for they had run out of lavender oil, and she out of all people knew that a recipe is never complete without all of its ingredients.