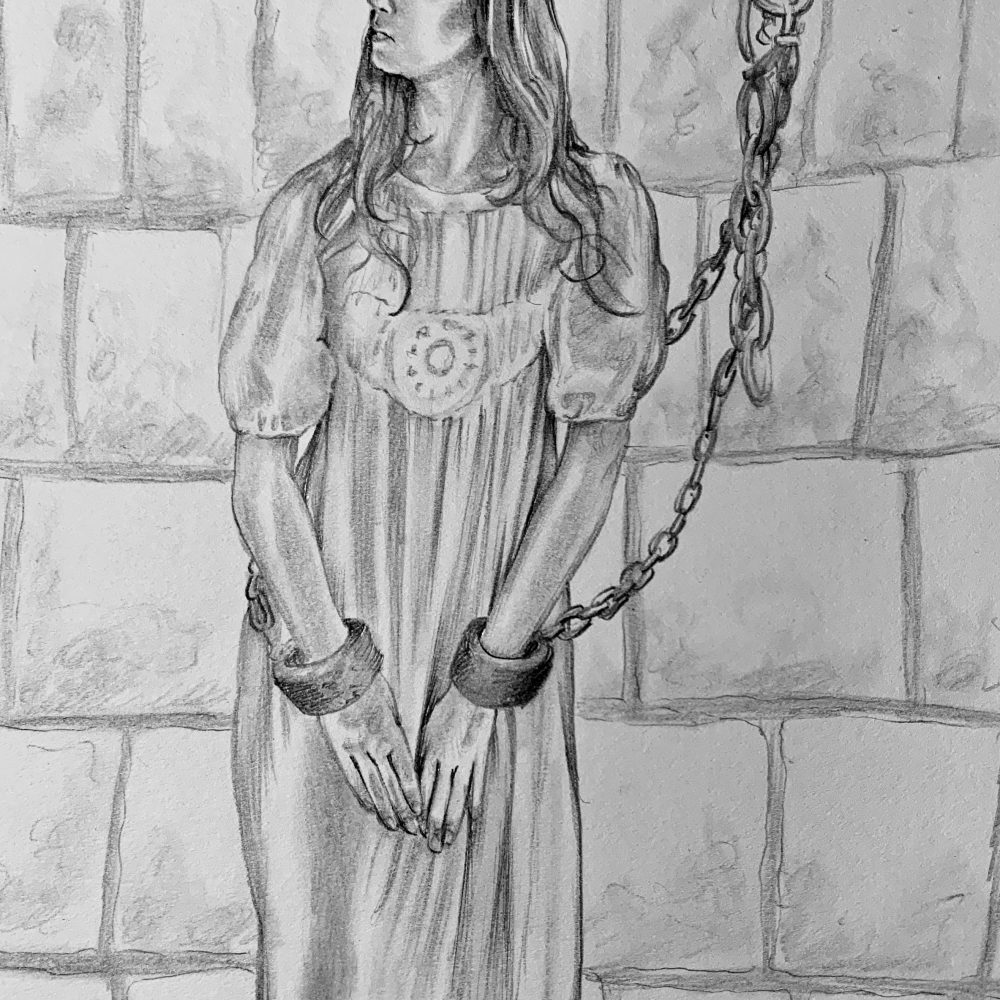 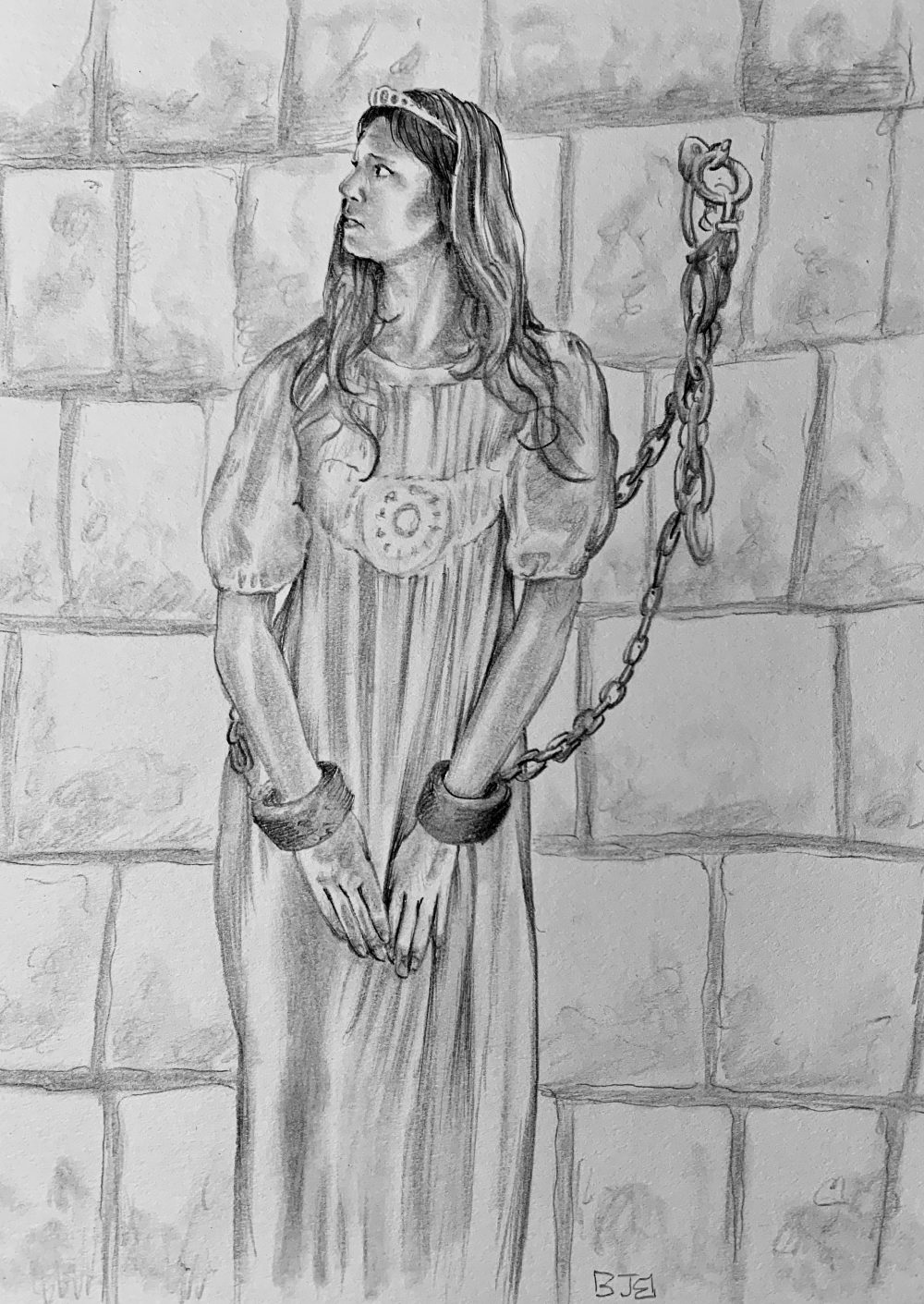 “You’ve got your sword. You’ve got the key. That ogre is coming to kill me, so lop its fucking head off, and get me the hell out of here,” Princess Maureen said.

Maureen clanked her chains. “What are you talking about? Either kill it or unchain me. At least give me your goddamn sword.” She’d spent three days chained to a wall, eating bread crusts and drinking dirty rain water.

“You don’t want me to,” said King Albert.

“Last month, you stormed out of the castle because I, quote, ‘treated you like a child, wouldn’t let you make your own decisions.’ Three months ago, you accused me of controlling you for not letting you explore the world. I’ve tried to listen to you. I even attended therapy with that wretched Blood-Letter Beatrice in order to understand you. And the witch accused me of emotional abuse because I wouldn’t let you to run off with the stable boy.”

“Daddy, I’m begging you. Release me. The ogre is coming, and he’ll eat us both.” Maureen clanked her chains again. Rats chewed on the bones of the ogre’s last victim in the corner of her cell. The walls were painted with the dead man’s intestines.

“I learned my lesson,” the king said. “I bailed you out, financed your plans, only to have you throw it back in my face. And I’ve been told by my daughter, my wife, and some therapist with six hyphenated names that I’m a control freak who only wants to keep my family under my thumb.”

Albert thought back to his sessions with Blood-Letter Beatrice and the hours spent delving into his pain about his own father’s death when Albert was only six, leaving him to be raised by a humorless mother and abusive stepfather with a penchant for whisky. His stepfather frequently locked him in the dungeon to make him “stop snivelin’ and be a man.”

Even now, Albert felt anxious whenever he smelled a single malt. Once, he had nearly lopped the arm off a squire who had spilled a gift from the whisky merchant on himself.

Albert fell to his knees, removed his helmet, and clutched it to his chest. “Daughter, can you please forgive me? I’m sorry for trying to keep you a child.”

The ogre stomped up the stairs.

“I know it’s not been long, but I’ve changed,” Albert said, rising to his feet. “I’m the father you wanted me to be. I spent the last month abiding by your wishes, letting you make your own way. I can’t fail you now, not after trying to undo 23 years of damage.”

Maureen stifled a sob. “Please, father! Forget all of that. I really need you. I can’t get out of this by myself. If I could, I would. But I need your help.”

“No, daughter, I cannot. If there’s one thing Blood-Letter Beatrice taught me, it’s to stand firm and let you live your own life.”

The ogre lumbered down the hall.

“Daddy, now is not the time for this. Please, just unlock me and kill the ogre.”

“Daughter, this puts me in a difficult position. I fought to keep you in my control. I see it as clearly as I see the pains of hunger in your eyes. But you’ve worked so hard to make me understand. I can’t just break the little trust I’ve slowly tried to earn.”

Maureen slumped to the floor and waited to die. “Maybe it’s better if it does eat me.”

The ogre burst through the door and hurled a spear at Albert. The king knocked it away with his sword and charged at the beast, stabbing it in the eye. As the beast roared, Albert turned to Maureen. “Things will be better between us?”

Albert thrust his blade into the ogre’s heart. Black blood spurted as the ogre collapsed. Albert removed his blade, wiped it on the ogre’s tunic, and re-sheathed it. He retrieved the key from the ogre’s belt. Grinning, he unlocked his daughter from her chains and offered his hand to her.

Maureen, weak from hunger and thirst, took his hand and shuffled toward the door with him.

“Watch out for the beast’s blood,” said Albert. “It’s slippery.”