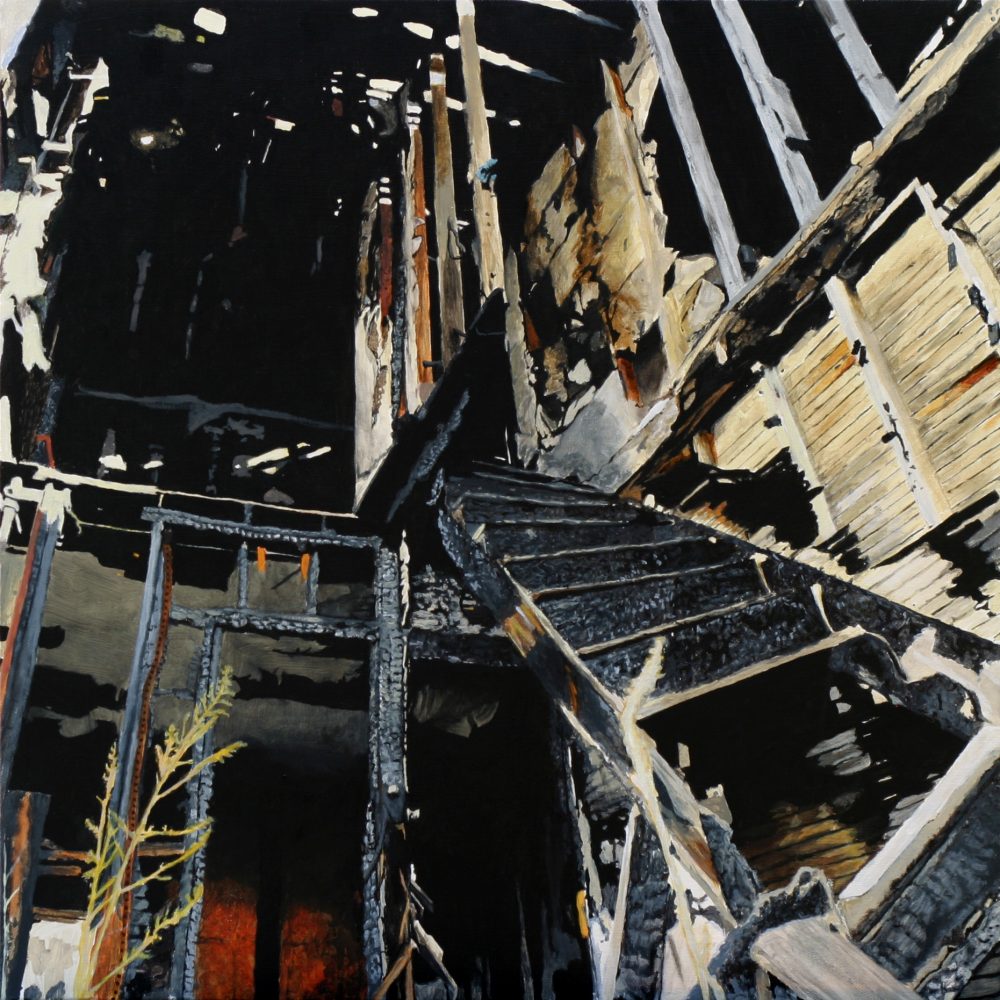 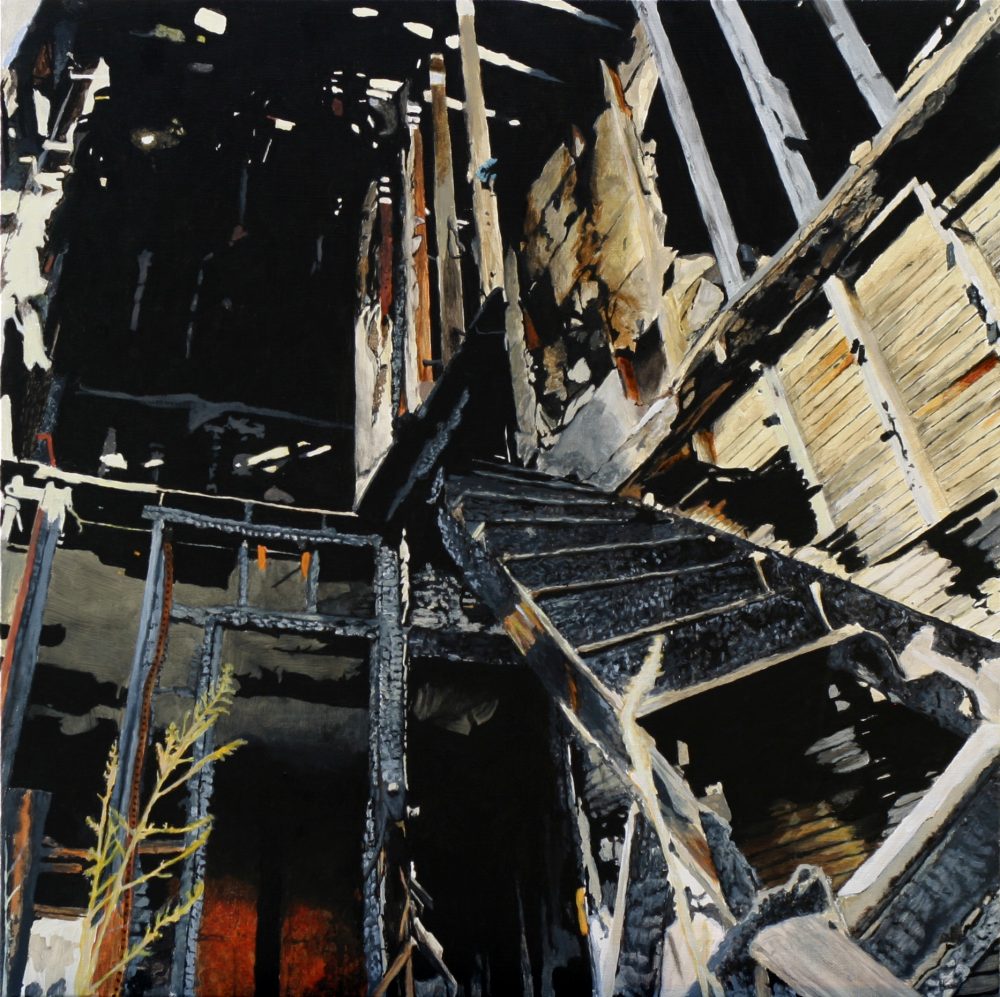 Acrid smoke filled his eyes, calling him to give in to temptation. Breath came in increasingly painful gasps, and going on was not worth the effort. Even the dancing flames invited: “Quit fighting. Become one with us. Fall to the floor and be free.”

A barely audible whisper tickled his brain. A call from the next room? He paused and heard it again. “The oath.” There was no second-guessing. The voice came from within him. His chief had made him recite the oath when he took the job—concern, courage, strength, wisdom. Defeat played no part in these values. Rejuvenated, he pushed on to the only door remaining in the hallway.
Locked.

He lifted his arms, only to find how close he had truly come to giving up. His axe lay abandoned where he had paused, too distant to be of any use.

Legs almost anchored to the floor by fatigue and protective gear, he summoned all of his strength and delivered a sharp kick to the door. Nothing. He kicked again. The door held. A vision of his wife flashed through his mind. He must keep trying; he would hope for the same if his family was in peril. One more kick sent the door flying open into the room.

There on the floor lay his worst nightmare. A man and a young girl lay unconscious on the floor.

A man. In all likelihood, a provider, maybe the provider, for this family. Probably married to the hysterical woman he had seen outside. And a girl. Life barely begun, she couldn’t be more than seven. Clad in pyjamas, with long blond hair covering the back of her head.

Amid the inferno and its choking fumes, time remained to save only one of the victims. There could be no second trip, and the remaining firefighters were off trying to save the neighboring houses. Nothing in his training could prepare him for this decision. Either choice condemned the other, and himself, to a life of guilt.

Still unsure of his next action, he strode quickly toward the bodies. He grabbed an arm from each and pulled. They slid an inch or two. There was no way he could bring them both through the flames. At this point, it would be a miracle if he could save either one.

He caught himself gazing into the spreading flames, reviving their siren song. Only one path remained.

Removing his mask, he whispered, “I’m sorry.” Then he lay down between the bodies, grasped their hands, and waited.

Kevin Hogg is a husband, father, teacher, and Chicago Cubs fan. He holds a Master of Arts degree in English Literature, and he enjoys writing in many genres. He has published poetry with Mouse Tales Press, inner art journal, and Foliate Oak. He was a winner in the 2005 Bulwer-Lytton Fiction Contest, and hiss current goals outside writing include skydiving, learning to use a chainsaw, and kissing the Blarney Stone.