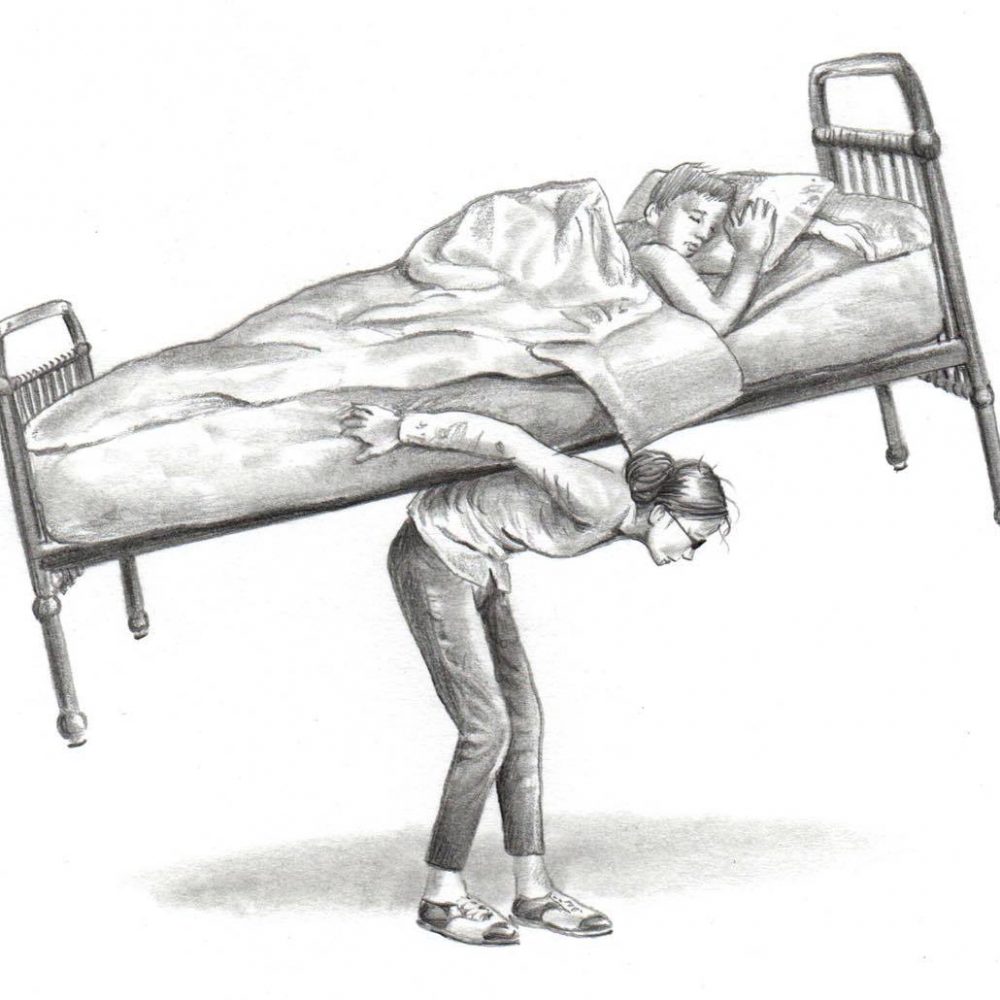 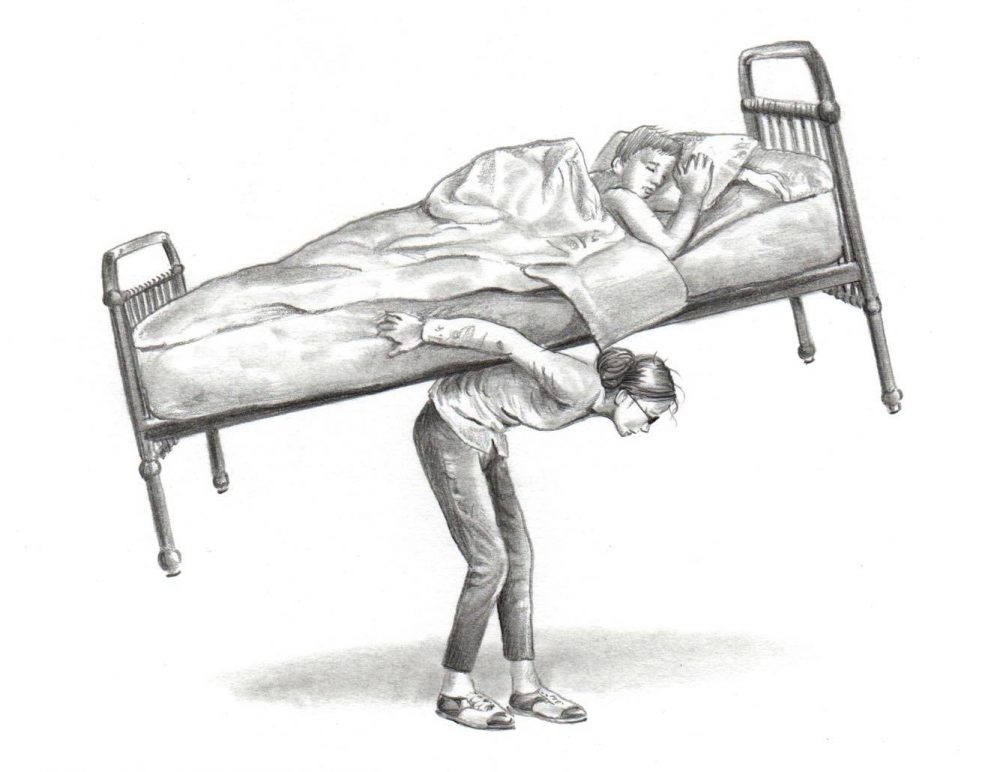 Over me, you work hard as if cutting through a piece of meat.
Over you, through the window, the moon vivisects the ceiling into clever slices of storyboard: There the empty parallelogram by the closet where I shoulda hidden. There the rough triangle where I can see the shadow of your head digesting the dark of the room and almost the glint of your teeth inside it but no–
And there, the empty square full of bed sheet thrown off.

Under me, the bed my mom got on clearance at the box furniture store downtown, a floor model.
M’am the pimpled associate in the fake gold name-tag said, We can’t sell it for that price, that’s less than wholesale and she back, pulling her sunglasses on,

It’s useless; damaged. In a week I’ll see it behind this place in pieces by the dumpster and you and I know it’s true and I heard you throw out this price to those other customers and I am capable–here she adjusts the sunglasses probably made in the same factory as the name-tag–I am capable of making a
scene.

He swallows the knot of minimum wage down toward his necktie.

And you and I know it’s true is what you say as you’re leaning in to me, spilling the shadow of your head from its overhead compartment. That, and ssssh over the sound of your belt buckle clanking against the bed frame. Sssh even though you’re insured with your motor oil soaked palm here over my mouth.

I told her I did not need a new bed, did not want one and she tells me she knows that deep down inside I want fancy things otherwise why is she working so hard. But I’m not capable of making a scene. See: current situation. See also: useless, damaged, in a week in pieces behind a dumpster, otherwise, why are you working so hard–

Grace Campbell was born, raised and educated in New York. Her work has appeared in No News Today, The Santa Ana River Review, 5x5 and others. She currently lives in Olympia, Washington.