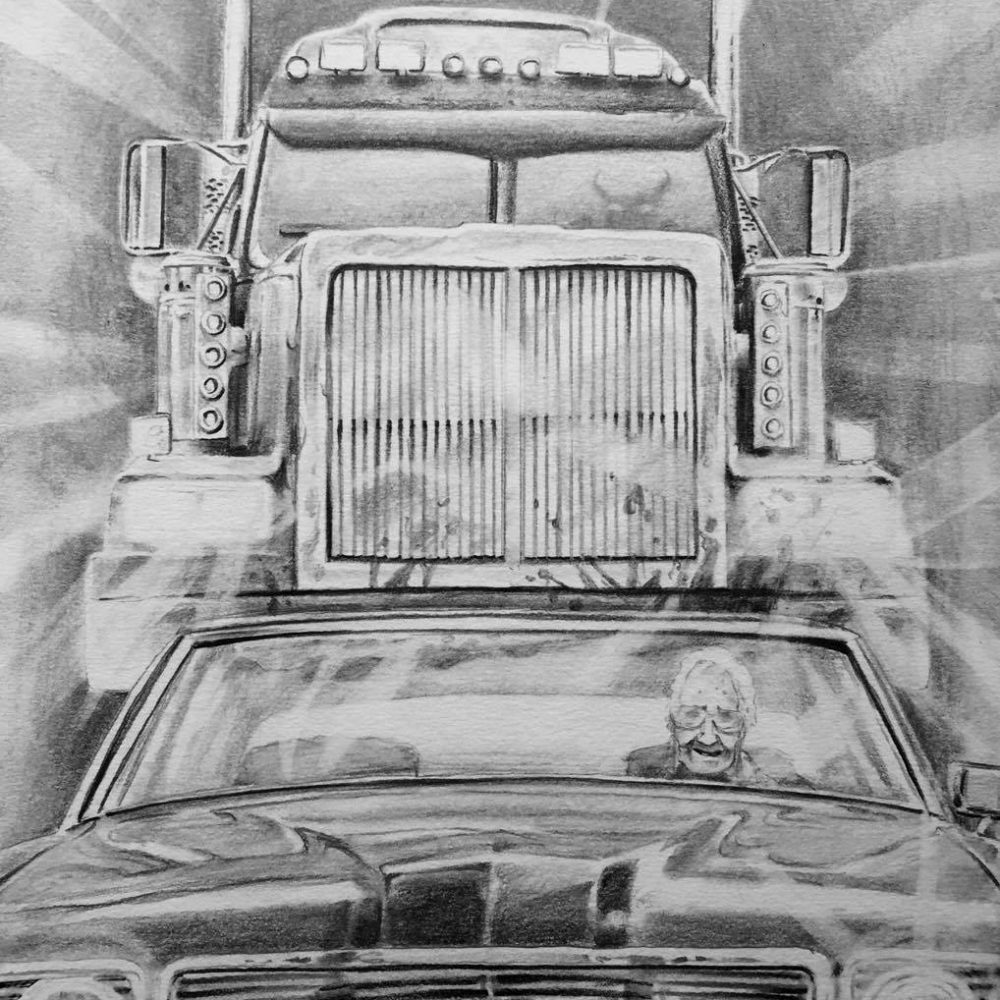 The semi truck’s dashboard was littered with candy wrappers. Donald added another one to the pile as he concentrated on the illuminated reflectors that kept him between the white safety lines, which zipped away to either side of the semi as he passed them.

It was 2:30 a.m. Donald was driving down the familiar middle lane of Interstate 75, rumbling along at a comfortable speed of 76 miles per hour. Fast enough to stay in the middle lane, not so fast as to arouse the attention of the state troopers.

His victims usually chose themselves. Sometimes it would be a teen-ager, blowing by him in the left lane with the back of his car jacked up and the stereo turned up so high that Donald could feel its bass thumping in his heart. Occasionally, it might be a sleepy salesman, drifting from lane to lane without even signaling. Man, Donald hated that. Once it was a little old white-haired lady, a Q-tip, Donald called them, who steered her monstrous beige Lincoln in front of him then slowing down to 60, her red turn signal forever flashing to the left, left, left.

His truck bared the marks of them all: a scuff on the front bumper, a white smear of paint on the undercarriage. He even had a smashed headlight once, but Donald was careful to replace that. That could get him pulled over, cause questions.

He was addicted to ridding this interstate, his interstate, of traffic pests. They were trouble, hazardous even, and Donald didn’t mind giving their cars a little shove, a little nudge. Just a little reminder to respect the road.

Danita Berg is the chair of the English Department at Full Sail University in Winter Park, FL and is the founding director of the Red Earth Low-Residency MFA in Creative Writing program at Oklahoma City University. She's published creative works in journals such as Redivider, Literary Mama, Southern Women’s Review, The Houston Literary Review, and Black Market Review, among others, as well as in the non-fiction collections Press Pause Moments: Essays about Life Transitions by Women Writers and Shifts: An Anthology of Women's Growth Through Chance. She is the founder of and non-fiction editor for the online literary journal, Animal: A Beast of a Literary Magazine. She earned her MFA in Creative Writing at Goddard College and her Ph.D. in English at the University of South Florida.