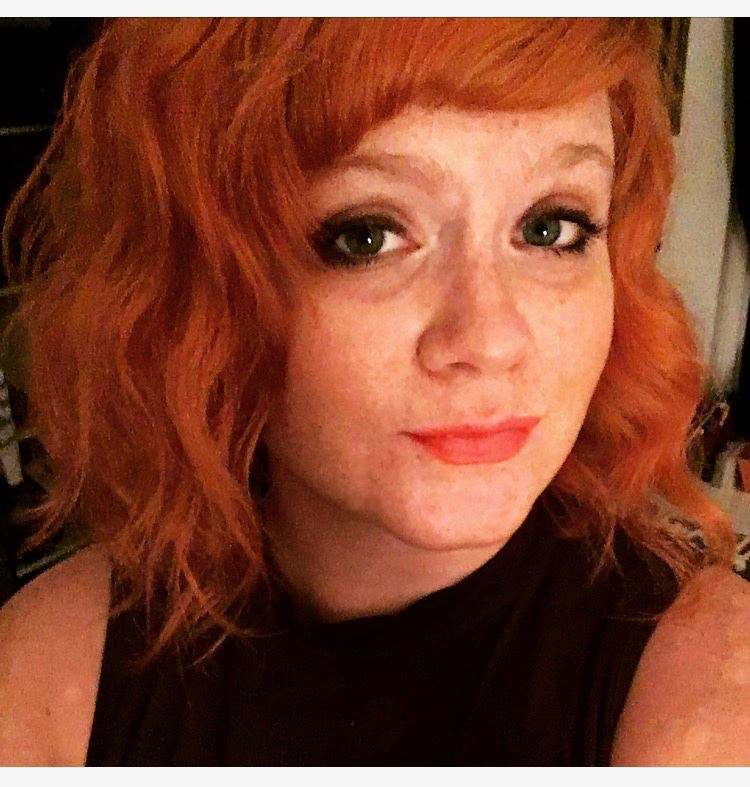 I get a little thrill on the first of the month when I see Ghost Parachute post on my timeline: “The <insert month> issue is here!” It’s such an easy click though on the gorgeous artwork to explore the handful of new stories, finding writers old and new, and discovering a line, an image, an idea that resonates with me.

It’s no easy feat to keep an online publication running consistently for five years, especially one dedicated to a monthly publication schedule of electric and fast-moving flash. But Ghost Parachute said “hold my beer” and jumped headfirst into the challenge.

I was honored to join the Ghost Parachute family in its first year. Back then, I published a piece called The Death Trip, inspired by the 2016 election cycle and everyone’s idea of getting the hell of out this country. I thought why stop at leaving the country – let’s go to the moon! And so, an idea was born, paired with gorgeous art by Brett J Bar, who has consistently provided killer art for Ghost Parachute for years (and whose artwork is currently hanging in my house as we speak.) 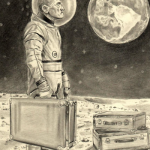 When thinking of the work Ghost Parachute that really excites me, I found myself going back to that inaugural issue, five years ago, in October 2016. In that first issue, Ghost Parachute landed hard with three tight, electric stories.

“While mom boiled live, shrieking lobsters, I stood on a chair playing Bug Civil War with the dead sill-flies and other insects and arachnids, getting them all lined up on opposite sides of the tall kitchen window.”

That might be one of the best opening lines I’ve ever read. The parallel of the mother with the shrieking lobsters and the child with the dead insects is simply chilling.

Genevieve Tyrrell’s “Dinosaur World” matches that same intensity – how alive her language is here when considering the ways to die:

“…they started fantasizing about his ten-year-old skull crushed by a random piano falling out of the sky, a Mac truck swerving just at the right moment, an accidental fatal food-poisoning by the ice cream man, a kite plummeting to the earth at just the right angle to lodge a stake through his eye, uncharacteristic inner city crime spilling into the streets of their quiet middle-class suburb, taking the little turd out with a stray bullet. So many ways that kid could go.” 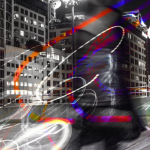 Death refuses to be ignored in another haunting opening by Teege Braun, in “Reluctant Orpheus”:

“What does one think when one sees a dead friend at the supermarket? You feel the now familiar skip of your heart as you catch her in the corner of your eye, your brain swirling with hope and its twin agony acceptance.”

How can a magazine that accelerates this quickly from the jump ever disappoint?

Ghost Parachute has only taken on more momentum, accelerating as slices through the air, telling one hell of a story on its way down to Earth, parachute be damned.

Earlier this year, Ghost Parachute compiled its best of five years into a print anthology (which you can purchase here) and held a release party to celebrate the launch. Though some of us could only be there virtually, we still all collected to honor this strange beast of a journal that celebrates fast fiction. I can only hope to celebrate again the next anthology, the next five years, the next thrilling line I’ll find.

Here’s to finding more truth, revealing more about life and death, with each strange slice of story.