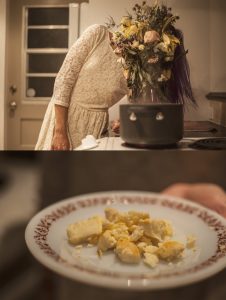 While mom boiled live, shrieking lobsters, I stood on a chair playing Bug Civil War with the dead sill-flies and other insects and arachnids, getting them all lined up on opposite sides of the tall kitchen window. “All I’m saying,” Grandpa was saying, “is that if you expect to raise reasonably intelligent children, you shouldn’t […]